I was truly surprised that all our major daily paper could offer South Carolinians and the world after Nelson Mandela's death was a 1998 picture of a 95-year-old Strom Thurmond holding up Mandela's arm as though he'd just won a prizefight. The photo was snapped during the South African President's visit to Washington to receive the Congressional Gold Medal.
​
Conservative hardliners like U.S. Senators Thurmond of South Carolina and Jesse Helms of North Carolina, among others, supported Reagan's position against the Anti-Apartheid Act of 1986, which called for economic sanctions against the racist apartheid regime. Reagan vetoed the act when it came before him. He insisted that the 16 percent minority white population in power were "strategically essential to the free world," although the 84 percent majority of black South Africa's citizens (to include Coloureds and Asians) were being violently kept un-free.

Reagan and his supporters were on the wrong side of history. Fortunately, Congress ultimately overrode his veto.

Doubtless, Thurmond changed in later life from the segregationist firebrand he was a younger man -- but not very much. I thought: Is this photo all the most widely circulated paper in South Carolina had to offer? Surely they had on file countless stories of the anti-apartheid activities in South Carolina.

Maybe someone thought the photo of Thurmond was funny or ironic. Maybe the person who posted the picture was at best, ignorant of history or, at worst trying to revise history by giving the photographic impression that Thurmond supported Mandela and the anti-apartheid cause. It would have been more accurate to locate a picture of Democratic Senator Ernest F. Hollings, who voted to override Reagan's veto.

For me, telling the history of what was done in our state to advance the cause of freedom is a better story to tell.

A lot happened in the 1980s in the fight against apartheid that Columbia can be proud of. Like in 1985 when the City of Columbia barred any city investments that would benefit or encourage the racist South African government. The unanimously passed measure was introduced by then Councilman Luther Battiste.

Battiste's counterpart on Council Rudy Barnes at the time said, "This is not a partisan or racial type motion at all" and that the "resolution sends the signal to politicians that we must distance ourselves from this type of oppression."

Imagine trying to get City Council to pass a measure condemning a foreign government today.

Maybe there could have been mentioned how a year after the City of Columbia took action that then-South Carolina State Treasurer Grady L. Patterson withdrew $43 million in state investments from companies doing business in South Africa. Or, State Senator Theo Mitchell of Greenville's efforts to pass an anti-apartheid bill in the State Legislature.

I'm sure somewhere there are pictures of the weekly pickets at what used to be the C&S Bank on Sumter Street to force them to stop selling the South African gold "krugerrand" coins. The picketers won.

There were also the Friday noon pickets on Pendleton Street in front of the University of South Carolina Educational Foundation offices that corresponded with the Carolina Peace Resource Center's legal maneuvers to force the university to disclose and withdraw their holdings with companies that did business with South Africa. I believe that effort was the beginning of the end for then President James Holderman, who resigned in 1990 under fire over his hidden financial dealings.

Then there were the numerous student marches and rallies at the State House, along with participation in various regional and national marches. Students from Benedict, USC, South Carolina State, College of Charleston and many other campuses across the state took part.

There's an activist history yet to be written. When it is, it will include familiar names like Modjeska Simkins and Nelson Rivers, then executive director of the state NAACP, Brett Bursey and his Grassroots Organizing Workshop (GROW), the USC Free South Africa Alliance, which at one point built and occupied a shanty in front of the Russell House to demonstrate and condemn bantustan living conditions of poor black South Africans.

There are lots of heroic people to write about in our local anti-apartheid efforts. They are "part of the collective," which is how Mandela said he wanted to be remembered. Those are the people who should be highlighted. Strom Thurmond shouldn't be our state's reflexive default. 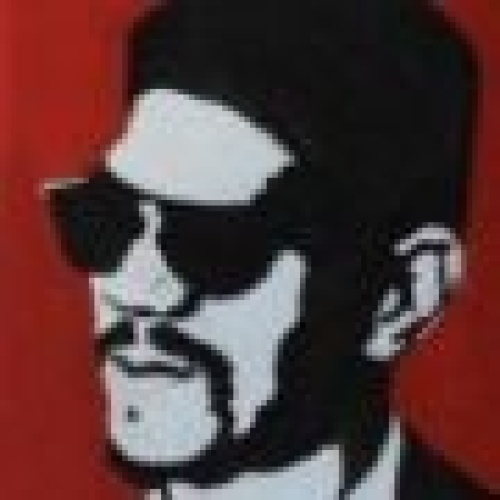 Why the HB2 boycott of North Carolina is working

The likely targets of a climate boycott