Time is running out for victims of North Carolina's forced sterilization program to file for compensation, with a deadline of June 30.

The June 30 deadline for victims of North Carolina's eugenics program to apply for compensation is quickly approaching. As of June 1, only 518 claims were made out of an estimated 1,500 people who have been verified by the state for compensation.

"They need to get rid of this June 30 deadline," said Elizabeth Haddix, an attorney with the UNC Center for Civil Rights.

The center works with low-income African-American clients, similar to the people that North Carolina targeted for sterilization during the eugenics program's final years.

Finding victims is a daunting task. There isn't a master list of the people who were sterilized by the state.

Many of the documents are at least 40 years old and don't always contain full names of victims or Social Security numbers. Addresses have changed. People have moved. Buildings have been knocked down. And even if the state had an address that was somewhat reliable, it could be violating patient confidentiality laws by sending letters informing them that they might have been sterilized by the state and could be eligible for compensation.

In 2010, the state Center for Health Statistics estimated there were between 1,300 and 1,800 living victims, with 1,500 being the most likely figure. Living victims are mostly low-income African-American women. The majority don't have children and might not have access to a computer.

There are two parts in compensating victims: money and outreach. Recommending victims receive $50,000 each, members of former Gov. Perdue's sterilization task force also acknowledged the importance of a broad campaign to reach victims that would include mainstream media, along with grassroots efforts like partnering with churches, senior centers and other community organizations. As it turned out, the state did little to get the word out in mainstream outlets and almost nothing on a grassroots level.

House Bill 947,the sterilization compensation program introduced and passed in the House in 2012, followed many of the task force’s final recommendations, including funds for outreach. That bill died in the Senate.

The compensation program that finally passed in 2013 didn't appropriate any money for finding victims.

"One of the major limitations [in finding victims] is budget," said Dee Jones, the chief operations officer of the Department of Administration. "When it comes to publicizing the effort there wasn't any money earmarked."

The department is responsible for outreach, receiving applications from victims and then matching victims with records from the state archives. With no money, state employees are utilizing the resources of other agencies to get the word out. Outreach so far includes sending more than 1,400 brochures to doctors' offices around the state, broadcasting advertisements at local Division of Motor Vehicles offices, and radio, television and newspaper interviews by communications officers about the approaching deadline.

"We're doing the very best we can with limited resources," Jones said. "I think we’ve done a very good job of that under the circumstances."

Currently, only 518 claims have been logged for verification by the Department of Administration. That number is expected to shrink as claimants are matched with state archives. But even if 500 people were verified for compensation, that's an estimated 1,000 victims that might not see a dime.

"These are good people working on this," Haddix said. "But there's only so much you can do. They need to get rid of this June 30 deadline." There are those who are against allocating additional resources and time to reach victims. House Speaker Pro Tem Paul Stam, a Republican from Wake County and a co-sponsor of the 2012 and 2013 compensation programs, believes the state should go forward with the June 30 deadline.

"[Extending the deadline] would be unjust to the ones who made a claim because it reduces the amount of money for them," Stam said.

Content with the state's outreach efforts, Stam believes that one reason that few victims have come forward is because of the shame of being forcibly sterilized.

"People had notice for several years now that there would be such a deadline, and officially they've known of a deadline for almost a year. I think that's fair to stick with the deadline."

Haddix contends that extending the deadline would not delay payment to victims as the state won't begin making payments until June 30, 2015 either way. She said she disagrees that victims are too ashamed to come forward. In light of the state's failure to appropriate money and staffing for outreach, the UNC Center for Civil Rights and other nonprofits have stepped in to provide free legal counsel to potential victims and their families, and help them fill out the claim forms. The problem of identifying and registering victims is not insurmountable, but appears to be a question of the state extending the deadline with adequate resources.

Following an interview on an African American radio program in Greenville, Haddix received a call from a victim who thanked her for telling her about the compensation program. It wasn't the radio program that informed her about compensation, but a flier created by the center about how to file a claim for compensation that it sent to churches across the state. It turns out that one of the fliers was delivered to a victim in Greenville by a volunteer from Meals-on-Wheels.

"She's in the eugenics board files," Haddix said.

"She's a victim. She would have missed it all if we hadn’t done the outreach."

If you or someone you know might be a victim of North Carolina's forced sterilization program, call the Office of Justice for Sterilization victims at 877.550.6013 or visit sterilizationvictims.nc.gov. This story is part of "Breaking the 'wicked silence,'" an in-depth report on the state eugenics program by Jonathan Michels published at Triad City Beat. 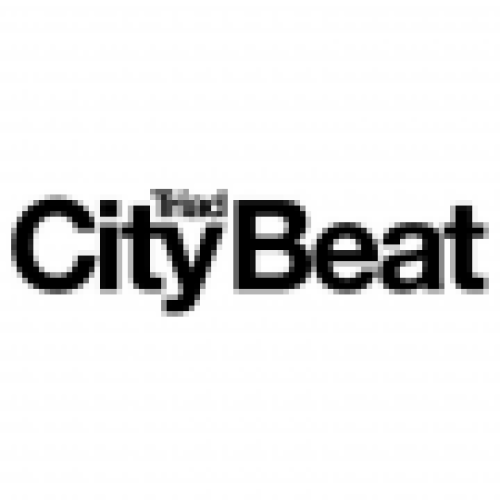 School vouchers: A pathway toward fraud and abuse of taxpayer dollars