Skip to main content
Join the voice for a changing South.
Donate Today
By Thelma FrasierJuly 15, 2014

Thelma Frasier, who has helped lead the campaign to demand a $15 an hour minimum wage and a union for fast food workers, was among the speakers on a July 8 panel in Charleston, South Carolina on organizing the South. (Photo by Kerry Taylor.)

As International Longshoremen's Association Local 1422 President Kenny Riley told us, organizing the South is important for the good of all workers. The economy is growing faster here than other regions in the country and it is also the most diverse. Unions are weaker in South Carolina than in other places, but hospital, nursing home, telecom, and fast food workers here have organized some very strong movements for better wages, conditions, and respect on the job.

A group of women in nearby Georgetown told us about the struggles they faced in successfully organizing unions at two nursing home facilities through the United Steelworkers Union. Steve Auerbach, president of Communications Workers of America Local 3705, has been part of an exchange program between union workers in Charleston and Germany, where they share ideas and support.

I love what I do. Many of us who work in the fast food industry love what we do. We enjoy the interaction with the customers and knowing that we provide them with a valuable service in their busy lives. Everyone has to eat. But I joined Raise Up! last October because things need to change in the fast food industry. I make only a little more than when I started 10 years ago. The work is back breaking and we rarely get holidays off. We can't afford to miss shifts when we're sick or need to go to appointments.

So, I knew from the first time I heard about the union it was something I could get behind, and needed to join for me and my children. I see the union as the only way we workers are ever going to be able to have a fair deal. That is why I took a leadership role. The first thing I did after signing up myself was to sign up my crew at my store. Then I signed up all my friends and family.

On May 15 we went on strike in Charleston and across the country. This is why on our own strike day we fast food workers joined with the health care workers at the Medical University of South Carolina Board of Trustees meeting to demand justice for all workers and the right to organize without retaliation. MUSC is the largest employer in Charleston; my own brother works at the hospital. The fast food workers are committed to not ever stopping until every worker, including hospital workers, win their $15 and a union.

A week later, I went to McDonald's front door in Chicago to demand they change their nasty ways. In front of the world, with the news watching, McDonald's chose to have us arrested and removed instead of just coming out and speaking with their own workers. I was number 27 to be arrested, but if I could do it again, I would be sure to be number one. More than 100 fast food workers went to jail that day.

We know that change is not going to happen overnight, but every day we are winning victories across the country -- even here in the deep South. The group that came together at the Avery Center to share their stories keeps me motivated.

Frasier was born and raised on Wadmalaw Island, South Carolina. She has worked in the fast food industry for nearly 10 years and is a shift manager at an Arby's Restaurant in the Charleston area. The sponsors of "Organize the South" included the Charleston Central Labor Council, ILA Local 1422, South Carolina Progressive Network, Carolina Raise Up!, the SC AFL-CIO, and The Citadel Oral History Program. The program followed a similar event in Durham, North Carolina on Feb. 17. For video of the Charleston event, click here. 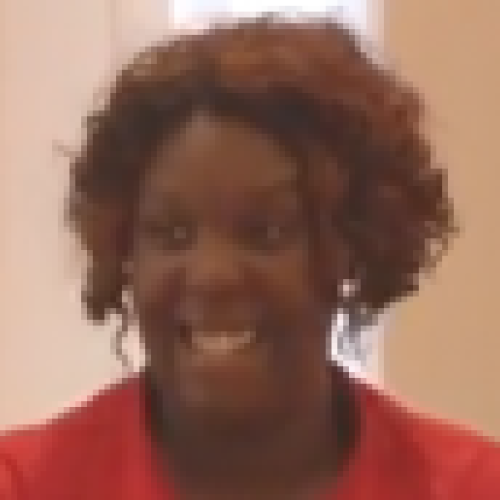