A protest outside the Willacy County Correctional Center took aim at the Management & Training Corp., a Utah-based contractor that manages that prison and two dozen others in eight states. (Photo by Texas United for Families.)

This weekend, a private prison incarcerating immigrant prisoners in Willacy County, Texas erupted into a major uprising. While most of the media over the weekend has focused narrowly on the uprising itself (with some notable exceptions, including this excellent article from Fusion), incarcerated immigrants and advocates have for years been warning that these prisons are tinderboxes of horrendous conditions waiting to explode (and at times have already done so). Here are some things about the Willacy County Correctional Center and the context of incarcerating immigrants in substandard private prisons that has made these facilities so very dangerous.

1) The Willacy facility was so plagued with abuse and mismanagement that ICE ended its contract. The Willacy County Correctional Center was formerly an Immigration and Customs Enforcment (ICE) contracted detention center where sexual and physical abuse and medical neglect were so rampant that ICE ended its contract in 2011. Immigration advocates regularly protested the facility and a Maria Hinojosa-reported exposé for Frontline was one of the many pieces denoting the appalling conditions at Willacy.
2) The facility is now contracted by the Bureau of Prisons as one of the agency's notorious "CAR" prisons. Just months after ICE ended its contract, the BOP began sending immigrants convicted of crimes -- many for re-entering the United States after deportation -- to the facility. Willacy is now one of 13 "Criminal Alien Requirement" (CAR) facilities contracted by the agency. CAR facilities are privately-operated prisons within the BOP where immigrant prisoners are segregated into facilities that even the agency admits are substandard. The ACLU's excellent report on CAR prisons in Texas last year documented just some of the abysmal conditions that plague these prisons.
3) The facility is nicknamed "Tent City" or "Ritmo." While an ICE contracted facility, the Willacy detention center was dubbed Tent City by local advocates and the media because two thirds of the facility is built out of a series of Kevlar pods. The facility was also designated Ritmo (or Raymondville's Guantanamo) in the media because of its enormous size and appalling conditions.
4) This is at least the third major uprising at CAR private prison in recent years.  An uprising that led to the death of a guard and many injured immigrant prisoners at the Corrections Corporation of America CAR facility in Adams County, Mississippi in 2012 was brought about by poor conditions detailed in this report by Justice Strategies. Another uprising at the Reeves County, Texas CAR facility operated by private prison corporation GEO Group in 2008 followed the death of prisoner Jesus Manuel Galindo and was covered excellently by the Texas Observer amongst other media outlets.
5) CAR facilities are horrible places, but insanely profitable for private prison corporations. The contract for the Willacy County Correctional Center with the BOP is worth more than half a billion dollars over the course of the 10-year contract.
6) CAR prisons are expanding because the government is criminally prosecuting immigrants en masse at the border. Even at a time of bi-partisan support for federal criminal justice reforms, mass prosecutions of immigrants for crossing the border continue. In fact, since the initiation of "Operation Streamline" in the mid-2000s, two simple immigration charges have become the most prosecuted offenses in the federal court system, accounting for than 90,000 criminal prosecutions in 2013. Recently, the U.N. Committee on the Elimination of Racial Discrimination called for the abolition of Operation Streamline, and the end to the criminal prosecution of what were once civil immigration offenses.
7) Willacy County is a prison community that deeply endebted itself to build private prisons. Willacy County, through a quasi-governmental agency called a Public Facilities Corporation, floated tens of millions of dollars in debt in the mid-2000s to build private prisons. Raymondville is home to three neighboring private prisons, the 2,800-bed BOP CAR facility contracted to MTC that erupted this weekend, the neighboring 500-bed Willacy County Regional Detention Center operated by MTC under a U.S. Marshals contract, and the 1,000-bed Willacy State Jail, now operated by Corrections Corporation of America. The Willacy State Jail was previously operated by private prison corporation GEO Group and was where Gregorio de la Rosa was brutally beaten to death in 2001 as guards looked on. De la Rosa's death led to to the lawsuit settlement against a private prison in U.S. history.
(Follow Grassroots Leadership via Facebook and Twitter.) 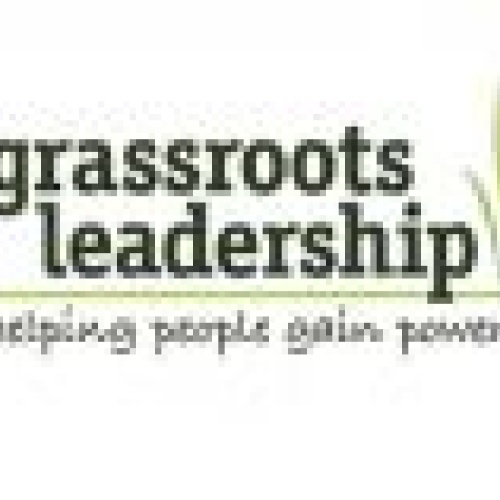 The Justice Department is divesting from dangerous private prisons, but immigrant detainees remain at risk