The killings of nine people in a Charleston church this week demand more than legal justice. They demand racial, social and moral justice -- and building power in African-American communities to hold institutions accountable and enable black communities to thrive.

The world mourns the loss of the nine slain members of the Emanuel African Methodist Episcopal Church in Charleston, South Carolina. Susie Jackson, Tywanza Sanders, Cynthia Hurd, The Rev. Depayne Middleton Doctor, The Rev. Clementa Pinckney, Ethel Lance, Myra Thompson, The Rev. Daniel Simmons, and Sharonda Coleman-Singleton must first and foremost be remembered for the brilliance of their spirits and lives and their dedication, commitment to and love of the Lord, their families and their church community.

We mourn the tragic loss of their lives and the loss of what their lives would have continued to contribute if not for this heinous act of racist terror. The names of these nine beautiful souls are now added to an immeasurably long list of black people who have been killed and who will be killed by the pervasive and pestilent hands of white supremacy and structural racism in America.

News accounts of this most recent white murderer have noted that friends said he made a lot of racist jokes, was big into "segregation and stuff" and wanted to start a civil war. As the media dissects the life of the current murderer, we should all realize that he lived in a society that fostered and permitted his violent racist belief system from his friends allowing him to make racist jokes, to the Confederate flag legally enshrined above his state’s highest governing body.

There is no small racism. There is no tolerable level of intolerance. Racism is a system that is complete and whole and always leads to physical and spiritual death. It is self-reinforcing, feeds itself and grows with purposeful action of people and institutions and maintains itself through complicity. Seen through the prism of white supremacy this massacre is not senseless or unimaginable or meaningless because the purpose of this and similar acts is to use fear and intimidation to maintain the system where whites dominate blacks.

There have been a few articles that have sought to frame and classify the Emanuel AME massacre as a terrorist act, and I think this classification is completely accurate. There are a set of questions and analyses that we have come to expect when acts of terrorism are committed that are relevant to the Emanuel AME terrorist massacre.

Did the terrorist act alone? – No, he is a product of his environment and a system of structural racism that denigrates, devalues and brutalizes black life.

What terrorist organization claimed responsibility for the act? – While no one will claim it, American institutional and structural racism is responsible for this and so many other acts of terror against the black community.

Are there any other sleeper cells? Yes, and most of them are very awake and active. In every aspect of the institutional and social life of this country, black people suffer violence and little and big deaths due to structural racism.

What is the ideological belief system that lies beneath this heinous act? – White supremacy .

How do we best fight this terror? By first admitting that structural racism and white supremacy exist and undergirds much of the social and institutional life of America. We cannot develop effective and lasting solutions if we do not accurately define what the problem is.

Alas, these are not the questions that most mainstream media, politicians and thought leaders will ask and answer. Racist violence against the black community is not seen as structural, but is purposely cast as the aberrant acts of misguided and disturbed individuals. FOX news and other conservatives will avoid and contort themselves to not implicate racism as a cause, even as they are compelled to admit that this is a hate crime.

Even on the more progressive end of the political spectrum, there has been a lot of noise about gun laws, as if stronger gun laws would have prevented this massacre. As Tayari Jones (@tayari) tweeted, "This is 'about' guns like lynching is 'about' rope and kerosene." It's easier to talk about broken gun laws and individual behavior than about an intentional system of structural racism based on an ideology of white supremacy.

To be clear, identifying structural racism and white supremacy as the overarching determinants of this act of terror does not in any way absolve this white terrorist of his choice to commit mass murder. What it does is to highlight that justice will not be done when he is convicted. Because legal justice is not the resolution to this tragedy.

Just focusing on the conviction of the white terrorist individualizes a situation that is structural at its root. More importantly, the resolution to this and all the other mundane and horrific systemic acts of violence due to structural racism is to seek and achieve racial justice, social justice and moral justice.

It is probably no coincidence that this horrific instance of racist terror against the black community occurred in the midst of a burgeoning movement for black racial justice under the banner of Black Lives Matter. There is always a violent backlash when black people begin to rise up against structural racism. Just like in 1822 when Denmark Vessey, one of the founders of Emanuel AME, and 34 other black men were hanged on suspicion that they were plotting a slave uprising at the church. Later an angry white mob burned the church to the ground. Or as Michelle Alexander argues in "The New Jim Crow" that the war on drugs was developed as part of a conservative backlash against the gains of the Civil Rights Movement.

Although the Black Lives Matter movement has been catalyzed by the recent spate of killings of black people by mostly white police officers, it is not a movement that is just about policing and poor relations between the police and the black community. Fundamentally, it is about black love and valuing black life in a system and society that normalizes the devaluing of black life overall.

While it is critical that we create a society where black people – particularly low income, young black men and women and black trans folk – do not feel fearful and threatened by the police; we have to accept the reality that this cannot be done without combatting the racism that defines how institutions like the police view and treat black people.

Moreover, this movement is about creating the ability for the black community to thrive. To achieve this we have to combat structural racism and create equity and opportunity in every aspect of American life for black people. As I have written elsewhere, I believe that the black community needs to build the necessary institutional and political power in order to make black lives matter and for the black community to thrive in this country. This comes through strengthening and building a wide array of powerful black-led social change organizations that are well resourced, connected and in partnership with allied organizations.

Once the black community develops the necessary power to hold institutions accountable for devaluing black life, then we can start to chart a sustainable path to dismantle the policies and practices of American structural racism and create life affirming alternatives that will allow black communities to thrive.

There are no sidelines in this struggle. As Ella Baker said, "We who believe in freedom cannot rest until it's won." All those who believe in freedom, inside and outside of the black community, must join in this struggle and be ever vigilant in our efforts. We must be courageous, bold, strategic, innovative, and cultivate an intersectional approach. We can win, we must win and we will win for all those that have suffered and continue to suffer; for all those who have been taken from us by the pernicious hand of racism; and for a bright future for those who will come after us.

This is the legacy and spirit that "Mother Emanuel" embodies and we all must hold it too in our hearts, spirit and courageous work toward true freedom for the black community.

(Nat Chioke Williams is executive director of the Hill-Snowdon Foundation based in Washington, D.C. This essay originally appeared at makingblacklivesmatter.com.) 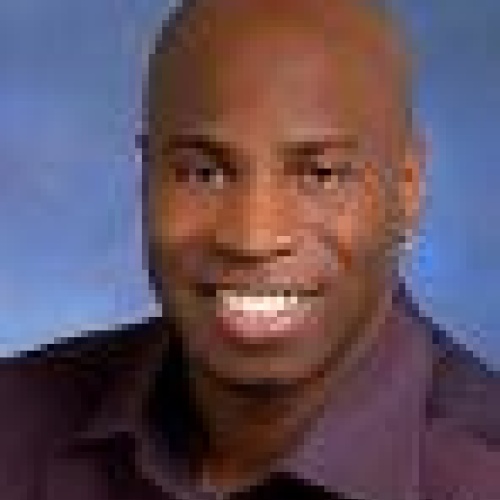 VOICES: A modest cheer and a half for NASCAR's Confederate flag ban