This week the Annie E. Casey Foundation released its annual KIDS COUNT report looking at child well-being in the United States. It found that 22 percent of all U.S. children — and 39 percent of African-American children — lived in poverty in 2013, a 4 percent increase since 2008.

But the news about child well-being in the South is not all bad: The report also found that all Southern states saw a decline in the percentage of children without health insurance from 2008 to 2013, and many saw some educational improvements as well.

"We can and must do better," said Patrick McCarthy, president and CEO of the Casey Foundation. "We can make policy choices to lift more families into economic stability." 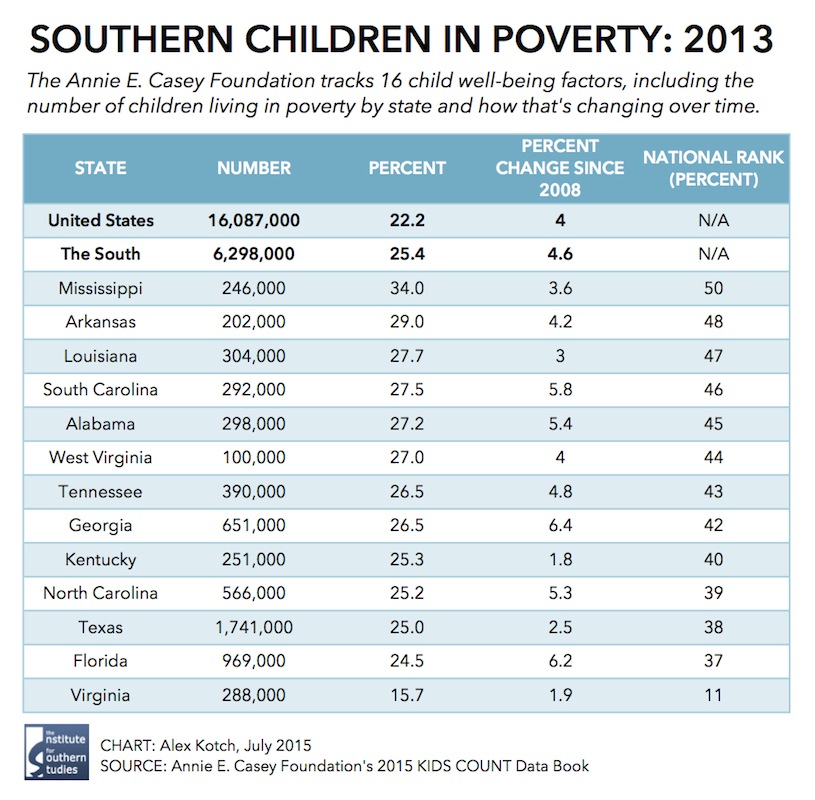 Every year the Casey Foundation, a charity that focuses on disadvantaged children, releases the KIDS COUNT report evaluating all states using an index of 16 child well-being indicators in four categories: economic well-being, which tracks the ability of families to afford children's basic needs; education, which highlights preschool enrollment, early education and graduation success; health, including baby birthweight, health insurance, mortality rates and drug and alcohol abuse; and family and community, which encompasses parental stability and whether children grow up in high-poverty neighborhoods.
The 13 Southern states* have historically ranked among the worst in all four categories. That continues to be the case in this year's report, which found that children in the Northeast and Midwest fared best overall in 2013 while those in the South and Southwest did the worst. 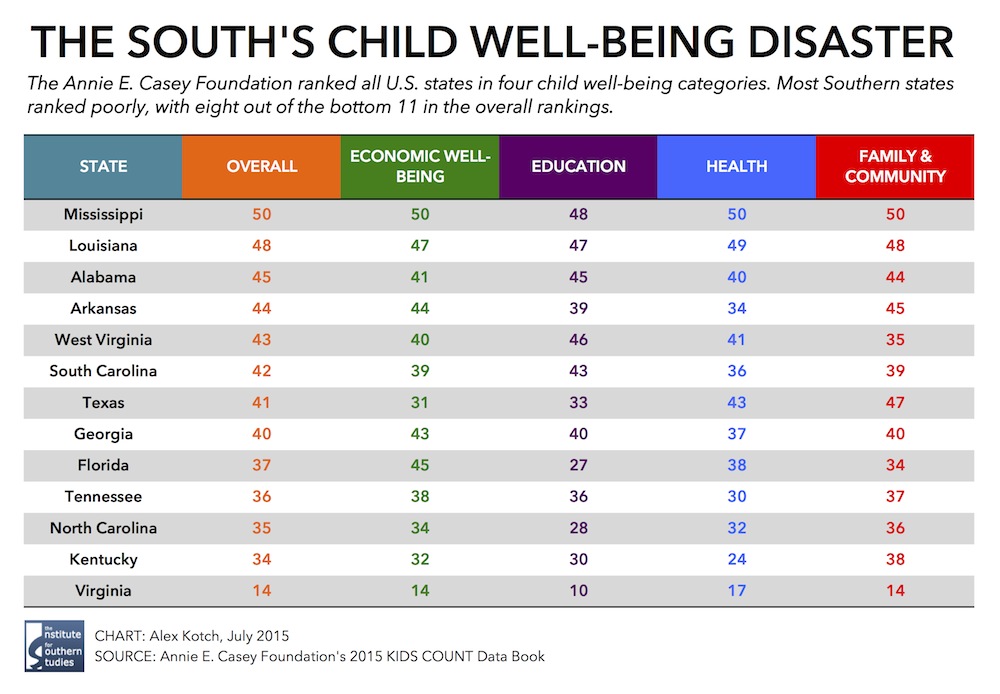 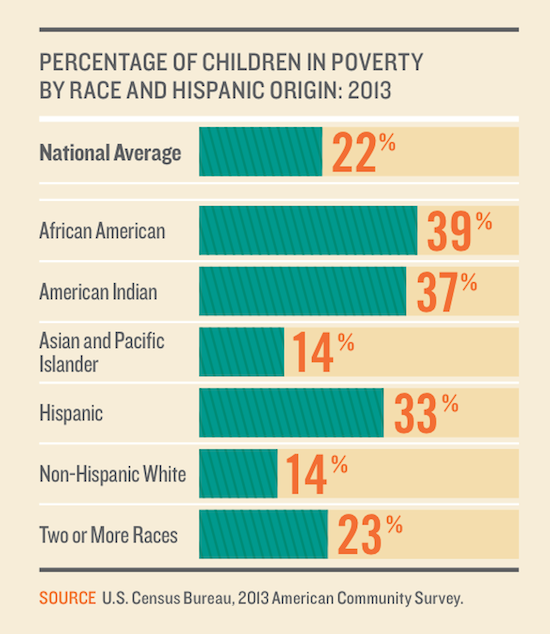 In a positive development, all Southern states experienced a drop in the percentage of children without health insurance from 2008 to 2013. Florida led the way with a 7 percent decline in uninsured children, followed by South Carolina's drop of 6 percent and Texas' and Mississippi's 5 percent decline. Nationally the decline in uninsured children over that period was 3 percent. The Casey Foundation attributes the decline in uninsured children to increased public health insurance coverage over the last decade.
The South also saw some educational improvements. All 13 Southern states showed marked improvement in on-time high school graduation rates from the 2007-2008 academic year to the 2011-2012 year. Eleven Southern states decreased the number of fourth-graders not proficient in reading since 2007, with that figure rising only in Texas and West Virginia. South Carolina was the only Southern state with an increase in the rate of eighth-graders below proficiency in math since 2007.
However, 12 Southern states experienced an increase in the percentage of children not attending preschool since the 2007-2009 school year, with Florida's rate staying the same. Meanwhile, the nation overall experienced an uptick in the percentage of children not in preschool while improving in the other educational measures.
The report offers recommendations for enhancing child well-being. Tax credits and food stamps can help lift families out of poverty, but a weak labor market, especially for those without a college degree, is holding back substantial improvements for children and families, according to the Casey Foundation.
In order for parents to have enough income and stability to support their families, McCarthy writes that companies must pay workers higher wages, provide benefits and give employees control over their schedules. He also calls on cities and states to pass paid sick and family leave laws and expand unemployment insurance.
The study is available here, and detailed data can be found at the KIDS COUNT data center.
* Facing South defines the South as including Alabama, Arkansas, Florida, Georgia, Kentucky, Louisiana, Mississippi, North Carolina, South Carolina, Tennessee, Texas, Virginia and West Virginia.

For youth, the South is hostile territory