In its coverage of the ongoing union organizing drive at the Volkswagen plant in Chattanooga, Tennessee, the corporate press has repeatedly quoted a prominent union buster employed by the National Right to Work Legal Defense Foundation without disclosing his affiliation.

The United Auto Workers (UAW) are going in for round two at the Chattanooga Volkswagen (VW) plant. The National Labor Relations Board will be conducting a union representation election at the East Tennessee factory on Dec. 3 and 4. The election, which was contested by Volkswagen, is for a so-called "micro-bargaining unit" of approximately 162 maintenance employees, who work to maintain the machines and assembly lines in the plant.

The UAW is hoping that a micro-unit election will provide a different result from the previous, internationally scrutinized union vote at the Chattanooga plant that ended in failure for pro-union workers. In that election, out-of-state corporate front groups, such as Grover Norquist's Americans for Tax Reform, descended on Chattanooga to join the chorus of Republican state leaders, such as Gov. Bill Haslam and U.S. Sen. Bob Corker, in condemning unions and spreading nightmarish fantasies of the devastation that would be unleashed should the UAW be voted in. The results were announced on Valentines Day 2014, with workers voting 712 to 626 against the union. As a result, the Chattanooga Volkswagen plant remains the lone factory in the Volkswagen Group that has no official mechanism, through either a recognized union or a works council, through which workers can formally articulate and advocate on behalf of their interests.

Following the failed election, documents leaked to Nashville's News Channel 5 exposed the extent to which Republican politicians, professional anti-union consultants, and employer groups coordinated their efforts to defeat the UAW. John Logan, professor of Labor and Employment Studies at San Francisco State University, said that this may be the first time in U.S. history that the government and third party groups, but not the employer, were actively involved in an anti-union campaign, which Logan described as "top-down class warfare in Tennessee" and "a zero-sum ideal where the freedom of the wealthy and powerful is premised on the subordination of everyone else." Much and more of the coordinated attack on the union organizing drive has been reported in progressive media, but with all the examples of outright political threats and overt anti-union propaganda, the more banal, and therefore normalized, examples of how the business press has presented anti-union perspectives with an air of supposed objective authority often got lost in the mix.

One example was a report by Media Matters for America, a progressive research and information center, which criticized prominent Tennessee newspapers for aiding the antiunion efforts by "omitting critical context in their coverage of the union vote." The "critical context" that Media Matters accused Tennessee newspapers of omitting was that "unionization enjoys majority support among Volkswagen workers" in the lead-up to the union election and that news reports "conspicuously" avoided the connections between "right-wing group's ties to the union opposition."

In an investigation of the NRTWLDF, The Progressive described the organization as "a national leader in the effort to destroy public and private sector unions" that raised over $25 million in 2012 alone, making the NRTWLDF "a powerful instrument of the corporate and ideological interests that want to keep wages low and silence the voice of organized labor in the political arena." The NRTWLDF's power was on full display in Chattanooga, as Raudabaugh provided free legal representation to anti-union Volkswagen workers in their fight against the unionization drive on several occasions.

And yet, the local Chattanooga paper, in 11 out of 16 stories in which he was quoted, refused to make mention of Raudabaugh's connection to the NRTWLDF, where he has worked since 2012. In one particularly scandalous example, the Chattanooga Times Free Press published an article entitled "VW union, yea or nea? Ex-NLRB member says UAW not needed in Chattanooga for works council" that was entirely centered on Raudabaugh's theory that VW workers and the company could "reach a win-win  outcome without having to pay a third party." As in the other 10 articles, the paper referred to Raudabaugh as a former National Labor Relations Board director and law professor at Ave Maria School of Law without any mention of his affiliation with the NRTWLDF. Yet, even the descriptions that they do provide are missing "critical context."

According to his profile on the National Right to Work website, Raudabaugh "hold's [sic] the Reed Larson Professorship of Labor Law at Ave Maria School of Law. The Professorship was jointly established by the Foundation and Ave Maria to offer courses on workplace litigation and employee freedom." The NRTWLDF press release issued to announce his hiring states that Raudabaugh splits his time between providing legal assistance to anti-union workers and teaching at the "jointly established" professorship at Ave Marie law school, where law students work with Raudabaugh on research and the writing of briefs on behalf of the NRTWLDF.

Both the Ave Maria University and the the town of Ave Maria are owned by former Domino's pizza owner and extreme right-wing billionaire Thomas Monaghan, who financed the construction as part of his dream to create an insulated conservative  Catholic community. According to the Wall Street Journal, Monaghan's medieval vision for this project, which has cost him hundreds of millions of dollars, is to create a town in which he can "control what goes on there" and residents "won't be able to buy a Playboy or Hustler magazine" and businesses are specifically forbidden from selling "the pill or the condoms or contraception." Thanks to a special law passed by the Florida state government at the behest of Monaghan, he and the Barron Collier development corporation not only own a majority of the town's property but are the ultimate government authority in Ave Maria, and can remain so forever. Empowered by the state government to a dictatorial reign, Monaghan's Catholic corporate dystopia has become a reality and Ave Maria has been described as a "miniature theocratic fiefdom" and compared to "fascist regimes." It's not hard to see why the National Right to Work Legal Defense Foundation would feel right at home.

Unfortunately, the Chattanooga Times Free Press is not alone in functioning as an organ of anti-union propaganda. Both Reuters and the Associated Press have provided space for Raudabaugh to make anti-union statements while failing to make any mention of his being employed by the NRTWLDF. Parsing the corporate media's treatment of Raudabaugh, we can see a recurring theme: By avoiding "critical context," a prominent union buster, employed by a multimillion-dollar anti-union political operation in partnership with an extreme right-wing Catholic university founded by a conservative billionaire in a 21st century company town, magically becomes just another more-or-less neutral authority on labor relations, even after filing charges on behalf of anti-union Volkswagen workers against both the UAW and the company.

(Chris Brooks is a graduate student in the Labor Studies program at the University of Massachusetts, Amherst, and an organizer living in Chattanooga.) 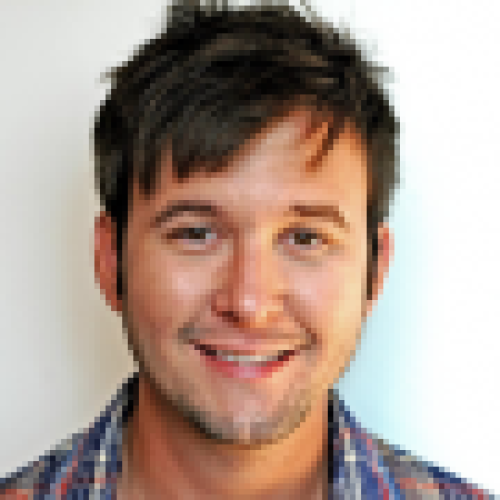 Chris Brooks is a Tennessee native currently working as a journalist and labor educator for Labor Notes in New York City.