At the June 13 Moral Monday rally in Sylva, North Carolina, the Rev. William Barber addressed the Orlando LGBT club massacre: "Those who want to push and promulgate the politics and language of hate need to shut up. And those who know the politics and power of love need to speak up and stand up." (Image is a still from this Fusion Films video, also below.)

At a June 13 "Moral Monday" rally in the Western North Carolina town of Sylva, Rev. William Barber, president of the state NAACP and architect of the Moral Movement, addressed the mass shooting that took place early Sunday morning at an LGBT nightclub in Orlando, Florida. The following is a transcription of his remarks, which you can watch him deliver in the video below.

Down through the years, many who have experienced hate-caused suffering still refuse to respond with hate. They had faith that love was still greater, and we must have that faith today.

Hate always reacts when love has taken hold, when it begins to conquer the fearful heart. Hate wants us to respond and react with hate, America. Hate wants an unending circle of hate. But we cannot fall into hate's trap. We must not respond to hate with hate's ways — not in our politics, not in our actions, not in our gun policy. Because if we do, hate wins.

Acts of hate should not be politicized. The masses of people always lose whenever we choose the politics of hate over the politics of love. The cynical and the sinister among us are going to try to use this moment of pain to push and widen divisions among us. History has shown this to be true.

There've always been those who've wanted to aggravate the divisions between blacks and poor whites, between immigrants and American-born citizens, between gay and straight. And now they will try to promote divisions between the LGBT community and all Muslims. We cannot allow our hearts in this moment of hurt born of hate to succumb to the sinister politics of hate and meanness.

Today, even as we abhor violence by anyone, hate by anyone, terror by anyone, we cannot allow those who would prostitute our pain to cause us to distrust all Muslims. We must remember at its heart Islam is a religion of love, and "peace be unto you" is the greeting. We cannot generalize from a deranged man consumed by hatred and then generalize that attitude toward an ancient religion based on love.

My friends, we must remember Muslims are fighting in our armed forces. Muslims are citizens. Muslims helped build this country. Muslims are getting hurt by the forces of terror themselves. And despite what we see on television, this is not a mere political moment to play the hate game. This is a moral moment for our country and for the world.

We cannot allow those who have stirred up hate to now offer themselves as the savior from hate. Yes, I'm referring to a man who's running for president. This is not about an endorsement; this is about a criticism. And I refer to his deceitful statement in which he said, "Because our leaders are weak, I said this was going to happen, and it's only going to get worse. I'm trying to save lives and prevent the next terrorist attack. We can't afford to be politically correct anymore." Mr. Trump cynically plays with the pain of people to promote his hate-filled rhetoric and his policies. We need those who stir up hate to shut up, and those who believe in love to stand up and speak up.

I declare today, let us choose to join those who lived before us, who in the face of hate chose community, chose love, chose nonviolence, chose the way of justice. That's who we should join. 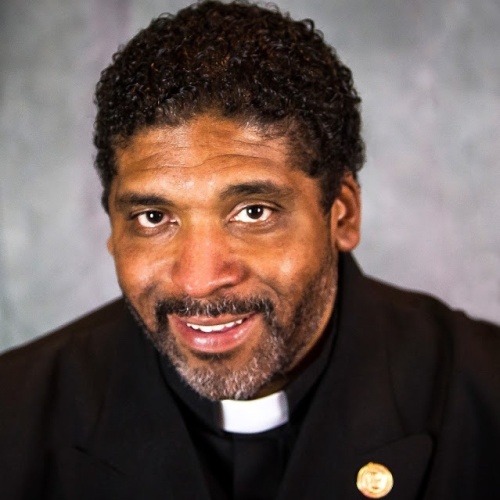 INSTITUTE INDEX: How politicians helped create a climate of hate for LGBT people