A few months after coal ash from a 2008 spill in Tennessee arrived at a landfill near his home, William Gibbs of Uniontown, Alabama, noticed the paint peeling off his truck. "If that's what it's doing to my truck, imagine what it's doing to me," said Gibbs. (Photo by Chris Jordan-Bloch/Earthjustice from "Ash in Lungs: How Breathing Coal Ash Is Hazardous to Your Health.")

It is with deep concern that I write to address the ongoing travesty inflicted on the residents of one small, impoverished community: Uniontown, Perry County, in Alabama's Black Belt. My family has lived in Uniontown for many generations and, as a longtime resident, I have observed with sadness the harmful effects, distress, and heartache Uniontown citizens have experienced since the establishment of Arrowhead Landfill. Although other factors have contributed to the economic decline of our small town, it is clear to me that Arrowhead's mountain of garbage mixed with toxic coal ash is the major reason for the disintegration in recent years of a once-thriving community.

In 2003, in defiance of overwhelming opposition from Perry County citizens, the Perry County Commission voted to host a huge landfill to be constructed just 1.5 miles southeast of Uniontown. The 1,116-acre landfill was designed as the largest municipal solid waste (MSW) disposal facility in Alabama, permitted to accept up to 7,500 tons of waste per day, with a waste stream generated from an unprecedented 16 states, roughly one-third of the United States.

The Alabama Department of Environmental Management (ADEM) approved the permit for the landfill despite: 1) substantial evidence that the proposed site was unsuitable, 2) the landfill developer's admission to fraud and misrepresentations in the permit application, and 3) ADEM's knowledge that the environmental impact would fall on a predominantly poor, African-American community.

In 2006, ADEM modified the landfill's permit, authorizing disposal of up to 15,000 tons of waste per day generated from 33 of the 50 states. As a result, Uniontown has become the dumping ground for two-thirds of the United States and suffers from more pollution and contamination than ever.

Although Arrowhead Landfill was originally designed and permitted as an MSW facility, ADEM and the landfill owners have turned it into a site that welcomes hazardous waste. ADEM approved disposal of the 4 million tons of toxic coal ash from the December 2008 Kingston, Tennessee, spill as "special waste." Now Arrowhead is advertising for even more coal ash.

We are at a critical moment because the landfill's permit is up for renewal for another five years. Green Group Holdings, the landfill owner, has submitted an application for permit renewal. ADEM has reviewed it, drafted a proposed permit, and scheduled a public comment period.

We are at a critical moment because the landfill's permit is up for renewal for another five years.

EPA defines Environmental Justice (EJ) as the fair treatment and meaningful involvement of all people, regardless of race, color, national origin or income, with respect to environmental laws. Uniontown residents have not received fair treatment, nor have we experienced meaningful involvement. In fact, the residents who live closest to the landfill had no voice in the landfill siting decision. We believe that ADEM's decision to permit this landfill in Uniontown was, and continues to be, an act of environmental injustice.

Federal EJ policy is intended to protect low-income and minority communities from bearing a disproportionate amount of environmental risks. Uniontown has been designated by EPA as an EJ area. Throughout the original landfill application process and the first renewal process in 2011, it was clear that no one at ADEM conducted an EJ review. ADEM still does not have an independent division whose primary focus is EJ. Apparently, ADEM does not take seriously its responsibility to advance EJ or to protect communities already overburdened by, and most vulnerable to, pollution. ADEM should never have issued a permit for Arrowhead Landfill in the first place, as it is a blatant violation of the Civil Rights Act of 1964 and EPA's EJ policy.

Instead of issuing the permit for Arrowhead Landfill, ADEM should have adhered to EPA's EJ policy and taken steps to avoid placing such an inordinately high burden of risk on the population of Uniontown. Due to ADEM's indifference to EJ policy, Uniontown residents have been forced to live with another black eye for the community, the mega-landfill that has destroyed the peaceful rural environment we once enjoyed.

Renewing this permit would have disproportionately high adverse human health and environmental effects on a population that is both minority and low-income. We believe that the renewal permit requested by Green Group Holdings should be summarily denied by ADEM.

At the public hearing held by ADEM in Uniontown on Sept. 6, all but one of the citizens who spoke called for ADEM to revoke the landfill's permit.

We want ADEM to do the right thing for Uniontown's citizens and our environment: 1) deny the application for permit renewal, 2) revoke the existing permit, 3) remove the coal ash and other toxic waste from the landfill and relocate it to a facility designed to accept hazardous waste, 4) close the landfill, and 5) compensate for the environmental injustice done to Uniontown by giving the city the $4 million that ADEM was compensated for its decision to permit the Kingston coal ash for disposal in the Arrowhead Landfill.

Persons wishing to comment on Arrowhead Landfill's request for permit renewal may do so, in writing, to Russell A. Kelly, Chief, Permits and Services Division, ADEM, PO Box 301463, Montgomery, AL 36130-1463. In order to affect final decisions, comments must offer technically substantial information that is applicable to the proposed permit.

ADEM will hold a second public meeting in Uniontown, a question-and-answer session, on Thursday, Sept. 29 at 6 p.m. in the City Hall Auditorium. The deadline for written comments has been extended to Thursday, Oct. 13. Copies of the public notice and proposed permit are available electronically via the ADEM website at http://adem.alabama.gov/newsEvents/pubHearings.cnt.

How much more environmental injustice can Uniontown bear? Would such a horrific assault be allowed to continue in Hoover, or Huntsville, or Montgomery? We think not. No one should have to live like this. It is appalling and shameful that ADEM allows this despicable situation to exist anywhere in Alabama. As Martin Luther King once said, "Injustice anywhere is a threat to justice everywhere." 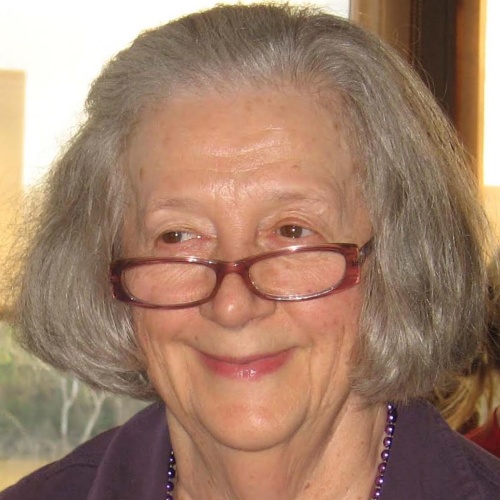 Ellis Long is a resident of Uniontown, Alabama, and a co-founder of Black Belt Citizens Fighting for Health and Justice.