A sign held at a protest this week over the "Silent Sam" Confederate monument on the campus of UNC-Chapel Hill quotes the racist speech given at its dedication by local industrialist and philanthropist Julian Carr. (Photo by Rodney Dunning via Flickr.)

I am a child of the South. I was born in North Carolina, grew up in Catawba County, and have never lived outside the state as an adult. My sister and I joke that we never had a real vacation. Our parents were amateur historians and genealogists and were particularly interested in the Civil War and our family during it. While other kids were at Disney, we were traveling in the family station wagon to pretty much every Civil War battlefield from Pennsylvania to New Orleans, along with the accompanying historic sites, museums, court houses and cemeteries. By age 10, I could rip off a mean tombstone rubbing with charcoal and wax paper.

This historical journey culminated in my teens when my mother and a family friend, Joe Hatley, collected and edited the Civil War letters of a common relative. What followed was a published book entitled the "Letters of William F. Wagner." Wagner was your average Catawba County farmer conscripted into military service by the Confederacy as an enlisted man. He served in the infantry, fought at Gettysburg, was eventually captured, and died in a Northern prison camp in 1864. His letters detail the pain and horrors and loneliness of the war for the men who fought it and the prison where he died. It was far from the fictional, glorious version of history I keep hearing about this week from some fellow Southerners.

The journeys my parents took us on taught me what history actually is. It is not a statue or monument by itself. Those are inanimate remembrances of past events or people. History consists of the actual actions and events and it is documented by letters, eyewitness accounts, photographs, governmental documents, etc. The fight about Confederate monuments has reminded me of that this week. Singling out monuments alone obscures what happened in Charlottesville. Very intelligent people have gotten sidetracked arguing about and debating the value of the monuments themselves instead of focusing on the resurgence of white supremacist groups and how white supremacists are trying to hijack the monuments as cultural and racial flashpoints as a tactic to further their agendas.

Are the monuments alone history? No. But they can shed light on the dark history surrounding their erection. In North Carolina, many of the Confederate monuments were put up by the United Daughters of the Confederacy in the late 1800s and early 1900s. This was the Jim Crow era in North Carolina, when powerful white men in the state rebelled against a successful coalition of whites and blacks who had wrested control of the legislature immediately after the war. The cabal of whites engaged in a campaign of violence and voter intimidation and ballot box stuffing to take back the legislature and pass laws requiring literacy exams, poll taxes, property ownership requirements and the like as a requirement to vote. The Klan rose to prominence in many areas of the state. The UDC itself, while performing very noteworthy acts of charity and benevolence for veterans and their families, were supporters of the Ku Klux Klan. They openly lauded the Klan as the primary, valued tool of maintaining white order in the South. The UDC also spun a version of history where slavery was beneficial for blacks because servitude was their natural state, and that blacks were happy being slaves. They also claimed both biblical and historical support and justification for slavery. Monuments started going up in public places as very public statements and reminders to blacks and their white political allies of the days whites alone ruled. It helped that a large number of veterans of the war were still alive and many were influential in government and business.

So, to the history. Back then, a pamphlet was usually published when a statue was going to be erected. These often contained the pre-printed speech of the keynote speaker and would be handed out at the dedication ceremony, or they would document the ceremony and speeches to be distributed later. The University of North Carolina in Chapel Hill has archived a number of these pamphlets and they are available online. I read some of them this week, and a number of them are bone chilling.

In a famous and well-known example, at the dedication of "Silent Sam" on the UNC campus, Julian Carr, a prominent businessman and the appointed dedication speaker, espoused the supremacy of the Anglo-Saxon race and credited Confederate veterans with returning the Anglo-Saxons to their rightful place of power after blacks gained some modicum of political power immediately after the war. He then recounted how, immediately after the war on the UNC campus, he had beaten a black woman with a horsewhip after he decided that she had insulted a white woman. He bragged that the beating was in full view of garrisoned federal troops who took no action to stop him.

At the dedication of a monument in Oxford, North Carolina, in 1909, the keynote speaker, North Carolina's own Gov. William Kitchin, gave a particularly detailed tribute to the supremacy of the white race. He declared that whites and blacks would never be equal and that no army or constitution would ever make them so. He stated that the Ku Klux Klan was a necessity to keeping order and that whites had dominated every race they ever encountered and always would.

You get the picture.

These were people in control of business and government. They ran the state. They held the levers of police power, money, and the power to legislate. These were the leaders of white North Carolina.

A lot these monuments were put up as a tribute, at least in part, to a defeated society that engaged in the enslavement and oppression of another race. If they have any true historical value today, it is as a dark window into the 40 and 50 years after the Civil War. They open to the past for us to see the racial views of powerful whites at the time and their continued oppression of blacks. The documented history behind the monuments, the documented speeches and eyewitness accounts prove that out. I've heard little to no discussion of that this week. Instead, I have heard bizarre revisionist, neo-Confederate versions of the war where slavery was never a cause of the war (despite the express statement of slavery as THE reason in the articles of secession adopted by South Carolina, Mississippi, Alabama, etc.), that history books have been altered by liberals, that what I learned in school was from liberals perverting the truth (I can assure you that Catawba County was and is one of the most conservative areas of the state, and is not a hotbed of "liberal" academic thought), that the monuments only honor our Southern forefathers, and that if you take down a monument you are erasing history. While there is no doubt one purpose of the monuments was to honor Confederate dead and veterans, there is equally no doubt that there were other motives at play and other messages being sent. When the governor of your state stands before a crowd and declares that whites have and will always reign supreme over blacks while he is dedicating a monument to soldiers who fought a war for that cause, it is hard to deny that was part of the message behind some of these monuments.

As a white Southerner, particularly as a child, it was hard to accept that whites enslaved blacks and engaged in brutality and vileness. But, they did. I accepted that a young age. I also accepted that for well over 100 years after the war, white Southerners continued to oppress blacks, economically, legally, and in every other way you could imagine. If we are not willing to acknowledge and accept the history behind the monuments of the Jim Crow era and view the statues in that light, I don't see any reason to keep them up. If we view the monuments simply as a tribute to fallen forefathers or a "glorious war hero," we simply are not viewing them in the proper context and are ignoring their true meaning. I'll add that there is not one monument to our state's own civil rights leaders on any courthouse square in North Carolina.

How would William Wagner feel about monuments? I doubt he would give a darn about them. He just wanted to go home. I know. I've read the letters. 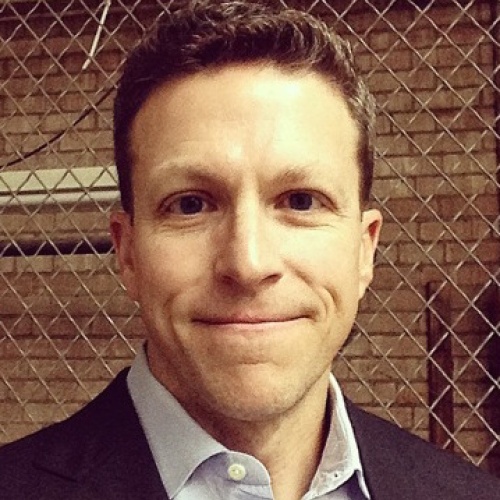 The escalating fight over racist monuments in Southern communities