A van and bus used to carry immigrant prisoners to and from ICE's Stewart Detention Center in Lumpkin, Georgia. (Photo by Marty Rosenbluth.)

My house is just a mile up the road from the Stewart Detention Center, a private prison in Lumpkin, Georgia, operated by CoreCivic under contract with U.S. Immigration and Customs Enforcement (ICE). Or as I call it, Stewart Deportation Center.

Pretty much everyone and everything that goes to, or comes from, Stewart has to pass by my house. My dogs, Wags and Salsa, go walkies four times a day. Five if they ask nicely. Before or at dawn. Around lunchtime. Before dinner. And right before bed. I am also out and about at other times.

Whatever time of the day or night it is, there are buses and vans taking "detainees" — prisoners really — to or from Stewart. The vans don't have windows for those inside to see out, so I can't see in. The buses do, although for the most part they are covered with heavy metal grates. And some have windows that are completely covered. When I can see in, I have noticed that no one is looking out the window anyway. Everyone is looking straight ahead, and no one is turning their head as if to look at what they left behind. Or to the side.

If they are heading towards Stewart, looking behind would be quite painful. Most, if not all, of the detainees I represent are leaving behind families, friends, jobs, communities, lovers, churches, pets, and lives. Looking ahead, to the future, is sad and frightening. What do they see? They know that their chances of returning to their former lives is slim. For those leaving Stewart, I am not sure where the bus is headed, but for sure it isn't back to where ICE detained them, whether that was in front of their homes, or on their way to drop their kids off at school, or coming out of work, or on their way to the store to buy some milk for the kids.

I think looking ahead would be harder, no matter which way the bus or van is going, because they have no idea what is going to happen. Today I heard another story of someone, barely out of just being a kid, who was killed by the gangs after losing his asylum case. He tried to tell the judge he would be killed by the gangs, but the judge thought his fear was not realistic, or thought he didn't fit into one of the tiny boxes he needed to in order to "deserve" asylum, or maybe the judge just didn't think. The gang beat him to death with rocks. They beat him so badly that he no longer had a face.

Which way would you look if you were on the bus, or in the van? If it was me, I think I would just close my eyes and try not to think at all. 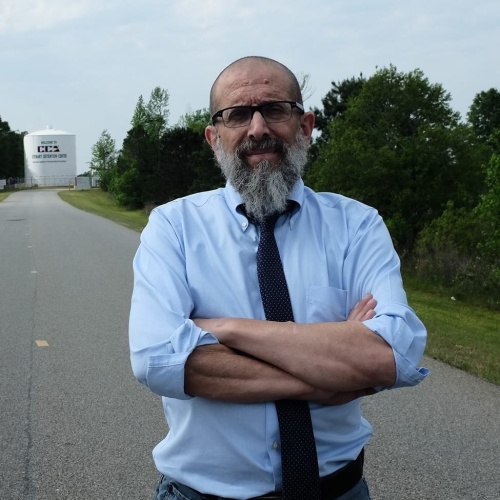 Marty is an immigrant defense attorney in Lumpkin, Georgia, with Raleigh, North Carolina-based Polanco Law PC.  He has been active in human rights and social justice issues for the past 40 years.

As deportations escalate, lawyers ramp up defense for immigrants in rural Georgia

VOICES: You can't deport this problem