A voter registration drive on the campus of N.C. Central University in Durham, North Carolina, in 2012. (Photo by Christopher Dilts for Obama for America via Flickr.)

There is nothing like attending college in the South. My time as an undergrad at Louisiana State University is marked by fond memories of challenging classes during the week, and tailgating and football on the weekends. I had a blast, and many college students from the South will tell you the same.

There is also nothing like voting as a college student in the South. My time as an undergrad was also marked by spending countless hours navigating the political process so that I could exercise my right to vote — from absentee ballots, to IDs and early voting. In a region known for historically disenfranchising its residents, voting as a college student is, perhaps unsurprisingly, a challenge that threatens the ability of young voters to express their concerns in the political process.

Look no further than voter ID. Much attention has been paid to pernicious voter ID laws that prevent thousands of eligible voters from going to the polls. Students, however, face a unique set of problems under strict voter ID laws. Mississippi, Arkansas, Alabama, Kentucky, and Virginia allow all college students to use their student ID as voter ID. South Carolina and Tennessee, however, outright ban the use of student ID as voter ID, creating additional barriers that include distance from the DMV and time required to obtain voter ID given class and work schedules.

Other states are more complicated. Georgia, while not creating an outright ban, limits the use of student ID to an exclusive list of colleges and universities. If the constitutional amendment on the North Carolina ballot passes in November, students in the state could face new challenges with ID laws, from which they were previously relieved. Louisiana, which passed a state law in 2016 requiring public universities to make their IDs voter ID-compliant, conspicuously leaves out private universities and community colleges (full disclosure: I helped lead the effort in getting this law passed while I was a senior at LSU). Florida requires an additional ID for student IDs that do not contain a signature.

The inconsistency in the laws means that students across the South have unequal access to the ballot, essentially based on where they are lucky enough to attend college. With the recent wave of young voices entering the political process in the region, college campuses could be the next frontier for Southern progress.

Southern youth have a vision for the place we call home — a vision that makes room for every resident, considering equality and quality of life while maintaining the aspects of our culture that make the South such an interesting place. College-aged voters are as ready to get out the vote as they are ready to tailgate. But it has always been easier to set up a tailgate the night before a football game than it is to exercise our fundamental right to vote.

I got involved in voting rights and civic engagement at LSU because I wanted to make voting as notorious as tailgating. Now, as a Puffin Democracy Fellow for the Andrew Goodman Foundation, I am leading an alliance of students across the South who are transforming our homes into places where college students can more easily exercise their right to vote, starting with raising awareness about the inequity in voter ID laws across the region. Southern college campuses are known for tailgating and football. What if they were also known for voting? 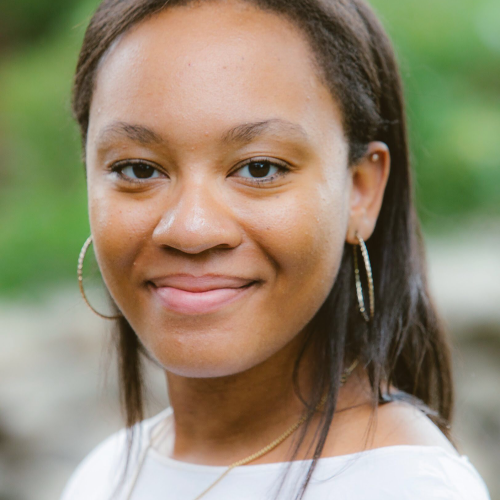 Valencia Richardson is a law student at Georgetown University Law Center and a Puffin Democracy Fellow for the Andrew Goodman Foundation.

Blocking the youth vote in the South