DeJuana Thompson of Birmingham, Alabama, is one of the organizers featured in a new documentary film about Woke Vote, an effort by young African American organizers in Southern states to transform voter turnout and elect political progressives. (Image is a still from the film below.)

In 2018, we had the privilege to follow a little-reported story: the coordinated efforts of Black progressives in the South to transform voter turnout and spur electoral reckonings. As many will recall, these reckonings began in Alabama with the victory of Democrat Doug Jones over Republican Roy Moore in the December 2017 special election for U.S. Senate.

Shortly after that win, we reached out to the organizers of Woke Vote, a group that mobilized thousands of voters, and specifically its founder, Birmingham native DeJuana Thompson. We had a straightforward yet significant request:

While you take your organizing work across the South this year, leading up to the midterms, can we come along for the ride — behind the scenes?

DeJuana invited us to Birmingham in February 2018 for the first major gathering of Woke Vote supporters since the election, a conference that swelled with new allies inspired by the organizers' startling accomplishment. Over the rest of that year, the Woke Vote team welcomed us into their rallies, their activist trainings, their closed-door meetings, their homes.

In the film, we meet DeJuana, a 36 year-old preacher's daughter with a decade of experience on Capitol Hill and in the Obama White House, as she leads her Woke Vote team out of the Doug Jones victory and into an uncertain 2018. Can she, in her words, "prove that we exist, that our voices matter, that our votes matter"? And can she raise the money to put her vision into action?

We meet Woke Vote fellows — college students from across the South — as they converge on Florida and mobilize voters in key races in Alabama and North Carolina. We see the Rev. Dr. William Barber of the Poor People's Campaign fire up a crowd in Florida on the eve of Election Day.

On Election Night itself, results are mixed: Woke Vote's work in Florida helps push the passage of Amendment 4, restoring the vote to ex-felons — the most significant expansion of voting rights in the U.S. since the Voting Rights Act of 1965. This is a major long-term victory.

The passage of Amendment 4 feels bittersweet to many in the Woke Vote camp — and to us — given some of the night's other news, particularly the losses of African American gubernatorial candidates Andrew Gillum in Florida and Stacey Abrams in Georgia. Those defeats were "tough spiritually," DeJuana admits in the film. But Woke Vote never was, never will be, about candidates: Its mission is long-term community empowerment and liberation. Looking to the outcomes of the Gillum and Abrams candidacies, DeJuana reminds us: "We have to wrap their losses in all of our gains."

Six months later, DeJuana's vision and determination continue to give us hope — even in the face of discouraging news. In Florida, conservative lawmakers passed legislation that could weaken Amendment 4, adding obstacles to ex-felons' ability to register to vote. Alabama has passed an unconstitutional law outlawing abortions. To many observers, these moves may appear as predictable attacks on progress in an intolerant South. But we know, reflecting on all that we've learned from DeJuana, that even as there's some truth to this assessment, there's also much missed.

More than a year ago, fresh off the Doug Jones victory, DeJuana spoke at the People's State of the Union in New York City. After her introduction by Common, she instructed her audience on how to understand the special election win — not as a fluke or an outlier, but as the product of a history of progressive activism very much alive. "The same state," she declared, "where Martin Luther King Jr. wrote from a Birmingham jail, where four little girls gave their lives — the same place where young Black students integrated lunch counters — against all odds, we knew that once again the South can shape the world with our collective power."

DeJuana sees deep conservatism thriving in the American South, not to mention throughout the nation; but she also sees resistance to change challenged at every step by committed progressives who aren't going anywhere. Her work has proven, as she told the audience that night in New York, "that there is a space for faith in activism, that there is intersection for passion and strategy." And in our film, she notes that Southern demographics are shifting dramatically as people of color move back to the region, invest in their communities, and dig in to make change. In this truly hopeful way, "the South," DeJuana convinced us, "is a vision of a different world."

Making this film in 2018, we made it against a backdrop of misery: mendacity in Washington, voter suppression in battleground states and beyond, mass shootings coast to coast. Yet every time we returned home from a Woke Vote filming trip, we returned home hopeful. We had spent hours or days with young people who knew what the news cycle makes it easy to forget: Change happens when people of conscience take action again and again — over generations. We couldn't see this in the daily news, but we could see it in the work of Woke Vote organizers.

While we watch to see which path Alabama chooses next, we're mindful that the state — and the rest of the South — has never been a monolith. To suggest as much would dishonor generations of progressive activists who fought and even died to create the South we know today. The question is whether candidates for public office will invest in communities of color, in initiatives like Woke Vote, to make the South — to make the nation — the land of hope that it could be.

But the work will continue. "We are here for Black liberation," DeJuana tells us in the film. "And we are here to stay." 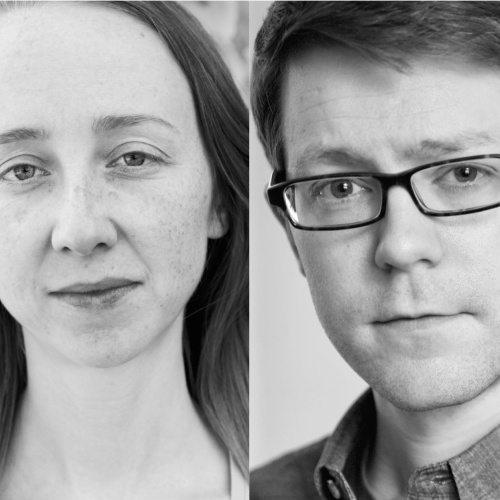 Field Studio is a collaboration of Hannah Ayers and Lance Warren, married documentary filmmakers based in Richmond, Virginia. They make story-driven media at the intersection of history and social justice.

Meet the South's next wave of voter mobilization groups