The USDA under President Trump and Secretary Sonny Perdue, in photo, is trying to suppress the department's research into global warming's impacts on agriculture. (USDA Photo by Lance Cheung via Wikimedia Commons.)

The U.S. Department of Agriculture has withheld from the public dozens of climate-change related studies conducted by the department's principal research agency, the Agricultural Research Service (ARS).

That's the finding of a recent Politico investigation, which documented "a persistent pattern in which the Trump administration refused to draw attention to findings that show the potential dangers and consequences of climate change." Though the ARS has reportedly completed at least 45 climate-related studies since Trump took office in 2017, only two have been publicized, Politico found. Both contained findings favorable to the meat industry, which in 2018 alone at the federal level spent over $4 million on lobbying and donated nearly twice as much to Republican candidates as Democratic ones. Reports that conflict with the administration's agenda, such as those pointing to climate change as an agricultural emergency or to industrial agriculture as a high-emissions sector, have been relegated to the sidelines.

Several of the reports that the administration buried are particularly relevant to the agricultural industry in Southern states, which are especially vulnerable to the higher temperatures, changing precipitation patterns, and more frequent and extreme natural disasters wrought by climate change. They include 2017 findings that climate change would increase agricultural pollution and nutrient runoff in the Lower Mississippi River Delta, and 2018 research showing that the Southern Plains area that includes Texas is increasingly vulnerable to the effects of climate change.

Burying reports that contain inconvenient facts is just one way the Trump administration has made it harder for the South's agricultural sector to grapple with the climate crisis.

ARS spokespeople have maintained that Agriculture Secretary Sonny Perdue has never explicitly interfered with the agency or its research partners, but the department's leadership has set a clear agenda. Just days after President Trump took office, USDA employees began receiving emails discouraging the use of the term "climate change" at all. Perdue, the former governor of Georgia, has a history of making statements hostile to climate science. In 2014, for example, he had an essay published in the conservative National Review in which he criticized "liberals" for connecting extreme weather events to climate change — a connection scientists say is real. As recently as last month, Perdue dismissed climate change in a CNN interview, attributing its effects to "weather patterns."

The USDA appears to have punished its own employees for refusing to toe the party line on climate. The department's Economic Research Service (ERS) has acknowledged that the Earth's temperature is rising as a result of increased atmospheric concentrations of greenhouse gases. "Climate change will affect crop and livestock yields worldwide," the ERS website states, "which will lead to changes in food and fiber consumption, prices of agricultural commodities, and farm incomes."

In May, Perdue announced that ERS headquarters, along with the National Institute of Food and Agriculture (NIFA), would be relocated from Washington, D.C., to the Kansas City area, a move that some saw as retaliation for the agency's scientific stance. After the move was announced, the National Farmers Union released a statement expressing concerns that the USDA was attempting to undermine the integrity of the ERS and NIFA, as well as "diminish the role of science in policymaking." Indeed, many ERS and NIFA employees have already unionized in an effort to resist relocation, and many are planning to decline the move, which could cripple the agencies' intellectual strength.

Meanwhile, climate change is already taking a financial toll on the South's farmers and ranchers, and it's expected to get worse. For example, a 2013 ERS report found temperatures in the region are already close to optimal for corn production, meaning temperature increases will reduce yields. Warming will have the same effect on soybeans and cotton, also major commodity crops in the region. Livestock are also vulnerable to heat stress, so rising temperatures demand adaptive strategies for their care. And climate change-driven disasters are costing farmers as well; in 2018, for example, Hurricane Michael resulted in crop losses of over $2.5 billion in the state of Georgia alone.

Climate change is also expected to affected rice production in the United States, the world's fourth-largest rice exporter with production centered in the Mississippi Delta. For two years, USDA worked with University of Washington researchers and other scientists to study the effects of rising carbon dioxide levels on rice, concluding they can result in lower nutrient levels. Days before the University of Washington was slated to announce the findings, the communications director received a call from an ARS staffer stating the agency had decided against a press release and suggested the university do the same. Though the rice article had already gone through a peer-review process, as well as the agency's own technical and policy review, the staffer claimed senior leaders were concerned "there was not enough data" to support the study's claims and that other scholars may "question the science." If current climate change patterns continue, the U.S. rice industry will struggle to remain competitive.

It has long been established that climate change, much like any other global health crisis, will disproportionately affect poor and rural communities. That has important implications for the South, which has eight of the 10 poorest states and where over 56 percent of land is categorized as "rural." Withholding critical information puts these communities at even greater risk of failing to make the necessary adaptations to withstand weather disasters, sustain industries, or protect vulnerable populations from extreme heat and polluted air and water.

Reduced agricultural yield and increased production costs will also result in higher food costs in the South, the region of the country that already suffers from the highest rates of food insecurity. And it's not just consumers and farm owners who will be adversely affected. The fourth annual National Climate Assessment determined that the Southeast employs the second highest number of farmworkers per year compared to other regions.

Simply put, the South cannot afford for the USDA to ignore climate change. 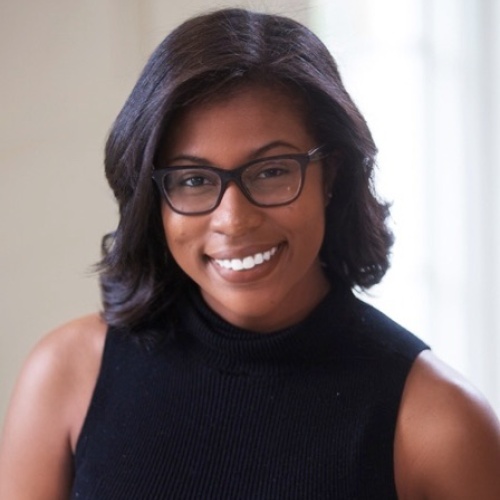 Camille is an intern with the Institute for Southern Studies. She is pursuing a Ph.D. in history at Emory University, where she studies the intersections of race, agriculture, and policy in the U.S. South.