A sampling of the Facebook ads voters in the South are seeing from Democratic presidential contenders.

Perhaps an ad from the campaign of former Vice President Joe Biden: 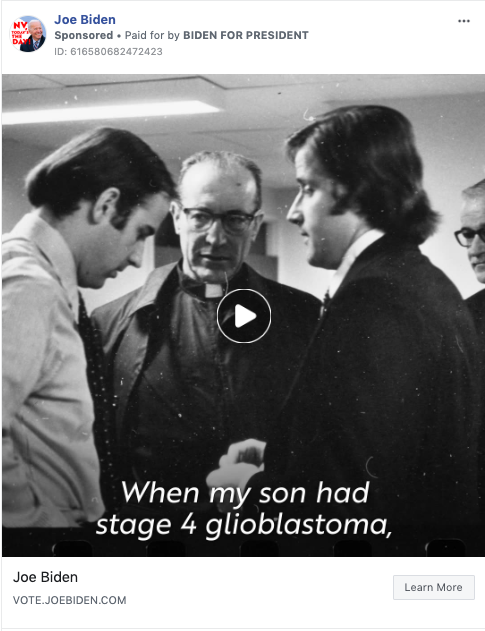 Or one from U.S. Sen. Bernie Sanders of Vermont: 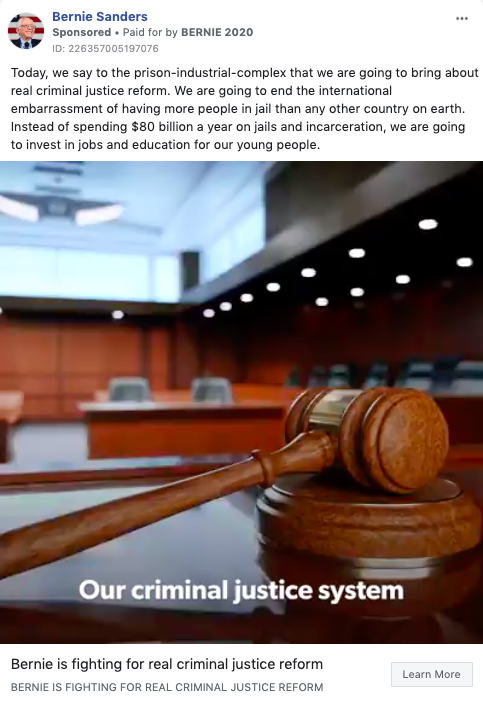 Both ads recently showed up on Facebook news streams in South Carolina, where the primary election will be held Feb. 29. Facebook has made ad spending by presidential campaign pages public. The data shows not only how much the candidates are spending on ads, but also where they're spending it.

"Until recently, most had spent the majority of their money on Facebook ads for fundraising and list-building purposes," Kyle Tharp, head of communications at ACRONYM, a progressive group that tracks political digital spending, told Facing South in an email. "Now, as the primary is heating up, their strategies have begun to integrate more 'persuasion' advertising — video ads that introduce themselves to voters and share their positions on key issues."

Take Tom Steyer, the California hedge-fund billionaire. In the last three months, he's spent the most of all the Democratic presidential candidates on Facebook political ads in South Carolina. His Facebook political ad spending in the state amounts to 16% of his 90-day total. And that slice alone is nearly 40% bigger than Biden's whole pie.

Steyer's ad spree also spills over to the rest of the South. His Facebook ad spending in the region, for example, far outpaces that of U.S. Rep. Tulsi Gabbard of Hawaii. Though Gabbard has allocated more than a third of her budget to the South, Steyer beats her on a dollar-per-dollar basis.

Here's one of Steyer's most recent ads in the state: 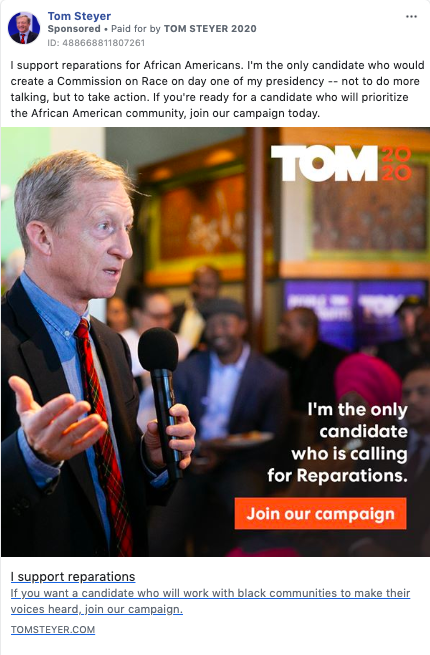 South Carolina's primary comes days before March 3's Super Tuesday, when more than a third of all Democratic delegates will be up for grabs. A win in the state can help a candidate build momentum for that delegate-rich day.

Steyer's ad spending also underscores South Carolina's status as the weather vane of Southern black support for Democrats. The state's Democratic voter base is majority black, a proportion similar in Louisiana, Mississippi, Alabama, and Georgia. Since 1988, except for one occasion, these five Southern states have voted for the same winner in their Democratic contests.

Steyer's Facebook ads are geared directly toward the black community. In the one above, for example, he discusses plans for a commission on reparations. And he is likely betting a good showing among South Carolina's African-American voters will give him the tailwind he needs to clinch victory in other Southern states.

But he's not the only candidate with deep pockets. Late-entry candidate Mike Bloomberg — the billionaire businessman and former New York City mayor who's not competing in South Carolina's primary — emerges as the top Facebook political ad spender in most Southern states. In fact, in the past three months he's spent more money on Facebook ads in South Carolina than U.S. Sen. Elizabeth Warren of Massachusetts, who's actually competing there. In that timeframe, Bloomberg has spent more than $22 million on Facebook political ads in Southern states, about 7.5 times more than Steyer.

"Bloomberg's advertising spending and impact on others' campaign digital ad strategy has been enormous, but it remains to be seen if it will translate into actual votes," Tharp, from ACRONYM, said. "We'll find out on Super Tuesday."

Rolando Zenteno is the inaugural recipient of the Julian Bond Fellowship with Facing South.