NASCAR has banned displays of the Confederate flag from its events following nationwide protests against racism and a call to action from Bubba Wallace, the single regular African-American driver in its top-level Cup series. (Photo by WhosThisValGirl via Flickr.)

You've probably heard: after a public call by Bubba Wallace, the single regular African-American driver in its top-level Cup series, NASCAR has read the room in the light of the recent uprising around racism and made a sensible business decision. It has banned displays of the Confederate flag from its events. The teams can't use it, the tracks can't use it, and now the fans can't either. For a series that for decades defined itself by its Southern base, that's consequential.

But the decision brings up two things — the Confederate flag and NASCAR — and I claim  some of us have our perspectives on both of them backwards.

We look at NASCAR and its Southern, rural base as a monolith, while we talk about the flag and its various interpretations for hours. In reality NASCAR is, and has been for decades, a complicated, multifaceted beast, with fans all over the country. NASCAR's move is at bottom a business decision; it banned the flag because it thinks there's more green if it turns away from it. And the flag itself, meanwhile, has always — and only — meant one thing.

Which brings up the last time we were talking about it — in 2015, when Dylann Roof murdered nine African-American churchgoers in a racist attack in Charleston, South Carolina, using the flag as emblem and inspiration. Then, as now, some of us don't like the flag to be about white supremacy, and we will talk ourselves into pretzels trying to defend that belief.

I did an interview back then that I haven't forgotten. I was reporting a book project in North Carolina in 2015. The week of the murders, I visited a motorcycle repair shop in the town of Denton that was decorated with large Confederate flags. During a cheerful interview I questioned the owner, Kasy, about displaying what tens of millions of people perceived as an emblem of viciousness and violence. Kasy shook his head sorrowfully, recited the usual claims that he certainly didn't mean hatred or intimidation, and moved on to heritage and history and so forth.

I was skeptical. To make my point, I demonstrated the middle-finger gesture. Kasy admitted if I waved that at him he'd feel pretty bad about it. But what, I asked, if I told him I didn't mean that — I just meant I was worried about his prostate health and wanted him to get a digital exam? Kasy stood quietly a moment then slowly smiled. He got the point.

The point was valid then, and it's valid now. The Confederate flag means black oppression and white supremacy. That's what the war was about, and that's what the flag was about when it re-emerged as a symbol of the Dixiecrats and their resistance to civil rights. That's all it's ever been about.

NASCAR, meanwhile, which people like to easily categorize as an unchanging icon of Southern racism, has always been a layered and fascinating mixture of dozens of aspects of Southern and rural cultures.

I covered my first NASCAR race in 1993, shortly after I moved to the South from Philadelphia, when a wise sports editor sent me to the Coca Cola 600 in Charlotte. I was expected to live on the infield and point and laugh at the belly, boots, and beards crowd. Instead I quickly fell for the multifaceted, deep, and complex stew of sport, technology, hero worship, barbecue, and bacchanalia. Not that it wasn't racist, mind you. Historically, NASCAR races used the Confederate flag. Drivers sported the flag; in the infield camping areas, fans raised flags of their drivers, their states, and, constantly, the Confederacy. You didn't see an African-American face from one race weekend to the next. From its moonshiner origins to its cynical manipulation by Ronald Reagan, NASCAR gladly played the role of racist white uncle in American culture as long as that worked.

During the 1990s and 2000s, NASCAR grew explosively, chasing new fans and building tracks in the Midwest and West. But around 2010 the magic evaporated and attendance and ratings have been collapsing ever since. In 2015, responding to the Charleston massacre, NASCAR banned Confederate flag use by its tracks and teams. Now it's told its fans they can't display it either. Good.

Here's the thing, though: As racist as NASCAR has always been, that's #NotallNASCAR, as one might say on Twitter. Dale Earnhardt Jr. famously spoke against Donald Trump's immigration stance. His father — the sainted Dale Earnhardt, probably the sport's most popular driver ever — actually removed a Confederate flag sticker from his own car when he learned it offended his housekeeper. (Junior feels the same.) NASCAR teams are filled with top-flight athletes improving pit stop efficiency, and tech wizards seeking a 10th-of-a-second advantage in computer analyses of things like shock absorber response. NASCAR has been aggressively seeking minority participation for decades. Not everyone there is your racist white uncle.

On the other other hand, not everyone there isn't him, either. When NASCAR stopped using the Confederate flag in 2015, they got disturbing pushback from fans. And this month, in response to the ban, one driver — a part-timer in the minor league XFinity Series — announced he was leaving the series (though after inevitable backlash he quickly walked back his support of the flag). Another driver who usually inhabits even lower levels of racing mostly outside NASCAR planned to run a Blue Lives Matter car, in direct response to the Black Lives Matter racer Wallace had run in a recent Cup-level race. The Twitter takedowns alone make those stories worth following, and some of the takedowns come from race fans: NASCAR waves a white flag before the final lap of a race, and its similarity to a flag of surrender has been noted.

That is, NASCAR has always been interesting because it's lots of things, and lots of people. Above all, it's a business. It made its reputation in the 1940s when it asserted some organization and trust onto the untrustworthy promoters of early racing. For seven decades since it's developed a business and, like any business, followed its customers. NASCAR has seen that its customers, like the population of the nation, may finally be growing weary of at least overt racism, and it's responding. That's a good thing.

I'd say NASCAR deserves about a cheer and a half. They're on the right side of history — finally — and they're ahead of leagues like the NFL. If that sounds like faint praise, it is. Among the fans NASCAR lost in its decade of collapse was me, and I can see now giving it another look. Maybe I'll choose a driver and wave a flag.

As for those drivers quitting over the Confederate flag, and the fans who can't let it be?

I'm going to tell them I'm worried about their prostate health. 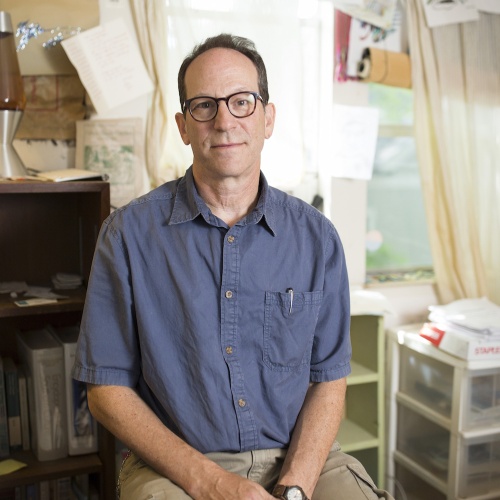 Scott Huler, former Piedmont laureate, is a journalist in Raleigh, North Carolina, and author of several books of nonfiction, including "A Little Bit Sideways: One Week Inside a NASCAR Winston Cup Race Team."