Among the high-profile politicians and celebrities who met with Pamela Sue Rush in her dilapidated trailer in Lowndes County, Alabama, to learn about poverty in the United States was actress and human rights activist Jane Fonda, pictured here embracing Rush during an October 2019 visit. Co-author Catherine Coleman Flowers stands to the right of Rush, an activist with the New Poor People's Campaign who died earlier this month after contracting COVID-19. (Photo courtesy of the Center for Rural Enterprise and Environmental Justice.)

One day I, Catherine, received a message on Facebook from someone asking me to help her baby sister. She described the terrible conditions in which she lived and asked if I could use my influence to provide some solutions. Weeks later, I visited Pamela Sue Rush in her mobile home in Tyler, Alabama, an unincorporated rural community in Lowndes County. She shared her story and showed me her reality. It will forever influence my work and commitment to ending poverty.

This visit was the beginning of many, as Pamela opened her home and evolved into an activist in her own right by revealing her reality. It was a reality that should not have existed in America. It was a reality full of traps that created a prison of poverty. This prison was created by a system based on free or cheap labor. It also was a system that was built on predatory lending, unsuitable housing, health care disparities, and an economy that is more interested in war than peace, or death than life. Pamela died for the economy.

She opened her life and showed the world what inequality looks like. Some of the wealthiest U.S. citizens walked through Pamela's dilapidated home and sewage-polluted yard. Many left in disbelief. Yet she was quietly, patiently waiting for someone to help her escape this prison imposed upon her and her two children. In the meantime, she would testify before Congress and become an active member and one of the faces of the New Poor People’s Campaign led by Rev. Dr. William Barber and Rev. Dr. Liz Theoharis. She even hosted them in her home. A presidential candidate visited as well. Sen. Bernie Sanders promised to raise up her story as he fought for a more equitable society.

A good Samaritan eventually emerged and paid for Pam to receive a new, more energy efficient home. Yet the structures in place would not allow that to lead to a happy ending. The septic system for the new home would be priced at $28,000 once the engineering was done. The maintenance cost of that system was more than she could afford based on her meager income. We worked together to find a solution, and one was in sight. However, an invisible enemy emerged: the novel coronavirus. The state shut down for a time to combat it, delaying our work to help Pam. The virus began to spread. Yet political leaders who care more about the economic structure that preys on the poor began calling for people to die for the economy.

This virus, like a heat-seeking missile, zeroed in on Pam. The intersections of poverty, environmental injustice, climate change, and racial and health disparities placed multiple targets on her back.

How do we remember her? We will tell her story. And we will fight for policies that will prevent others in the same situation as Pamela Sue Rush to give up their lives too soon. For her children, we will ensure that her legacy lives on.

(For more information on the intersection of COVID-19 and poverty, visit poorpeoplescampaign.org.) 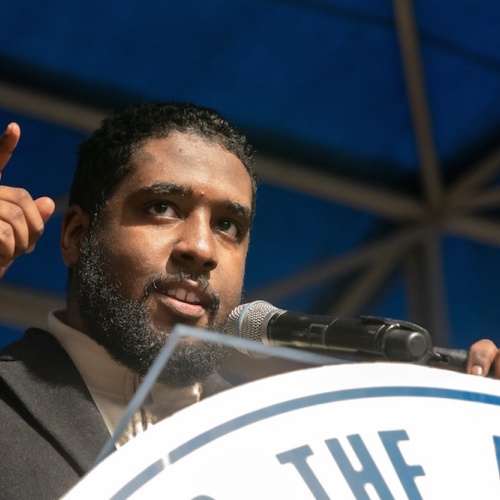 William J. Barber III, J.D. is a graduate of University of North Carolina School of Law and currently works as the Strategic Partnership Manager of the Climate Reality Project's Climate Justice Initiative. He serves as the co-chair of the North Carolina Poor People's Campaign Ecological Justice Committee. 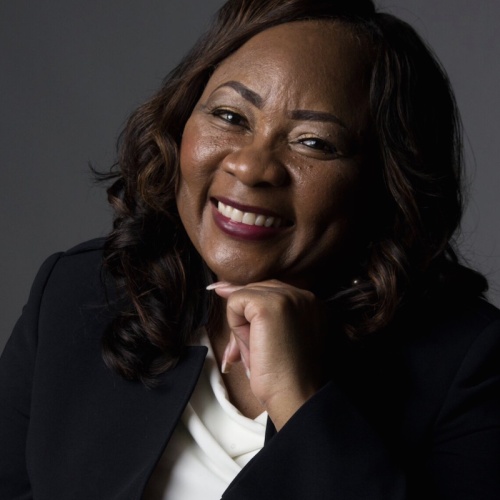 Catherine Coleman Flowers is the rural development manager at the Equal Justice Initiative, founder of the Center for Rural Enterprise and Environmental Justice, and a board member of the Climate Reality Project. She is the author of the soon-to-be-released book entitled "Waste: One Woman's Fight Against America's Dirty Secret."

VOICES OF RESISTANCE: 'We have strong reasons for hope'

INSTITUTE INDEX: Turning back the clock to predatory payday loans