Texans protested a restrictive new anti-abortion law at a May 29 rally at the state capitol in Austin. The rally was organized by the Lilith Fund and the Trust, Respect, Access coalition. (Photo by Mari G. Hernandez courtesy of the Lilith Fund)

Conservative lawmakers nationwide are taking unprecedented steps to restrict people's access to abortion, with 90 new abortion restrictions imposed across states in 2021 alone, according to the Guttmacher Institute, a reproductive health policy advocacy group.

Numerous new restrictions have been enacted in states across the South, where abortion rights were already limited. For example, a new Arkansas law bans abortion at any point in a pregnancy, except when the patient's life is endangered, while lawmakers in Tennessee adopted bans on abortion at six weeks of pregnancy with limited exceptions.

Texas law already banned abortion after 20 weeks, but on May 19 Gov. Greg Abbott (R) signed into law the even more restrictive Senate Bill 8. The so-called "heartbeat bill" not only bans abortions starting at six weeks — before most people even know they are pregnant — but also allows for individuals to sue any person or group who "aids and abets" someone seeking an abortion, encouraging citizens to enforce the law.

SB8 has organizations that help Texans access abortion fearful of being shut down. To combat this possibility, reproductive justice groups and abortion providers are challenging the law, which is set to take effect on Sept. 1. On July 13, abortion rights advocate groups filed a lawsuit in the U.S. District Court for the Western District of Texas that claims the measure "flagrantly violates the constitutional rights of Texans seeking abortion and upends the rule of law in service of an anti-abortion agenda."

Among the more than 20 plaintiffs denouncing the bill is the Afiya Center, a reproductive justice center in North Texas founded by, directed by, and serving Black women and girls. Although the organization itself does not provide abortions, it is part of the Trust, Respect, Access coalition that advocates for abortion accessibility and helps raise funds for low-income people seeking abortions — actions that under the new law could be construed as illegally aiding and abetting abortion.

Afiya Center Policy Associate Michelle Anderson said the new law's provision allowing individuals to sue is "an intentional tactic to pretty much drain organizations of resources by tying them up with extensive legal proceedings." But fighting back against SB8 is not only important for the Afiya Center's survival but to protect the lives of Black women who Anderson says are "still fighting to have full bodily autonomy."

Additionally, SB8 makes it impossible for groups sued under the law to recoup attorney fees and costs even if the group wins the case, said Cristina Parker, communications director of the Lilith Fund. Founded in 2001, it's the oldest abortion fund in Texas and one of 10 in the state, which shows how great the need for help accessing safe and legal abortion is, she said.

"[SB8] is really just meant to harass or intimidate and stop us," Parker said. "So the risk here is that they'll drown us in lawsuits that have no basis, that are just about harassing us… It's really outrageous."

Federal policy bars the use of federal funds including Medicaid for abortion, while Texas law bars private insurers from covering abortion costs, according to the American Civil Liberties Union of Texas. Because abortions in Texas are not covered by insurance, people who seek abortions have to pay for them out of pocket.

The cost of an abortion depends on how far along the pregnancy is and what method is used, with the price typically ranging from $300 to $1,500, according to the ACLU of Texas. This makes the work of abortion funds that raise money for people seeking abortions especially important in the state.

Forcing Texans to pay for an abortion completely out of pocket puts a tremendous financial burden on low-income individuals and families, "and that's why we're here to help people access the care they need," Parker said.

Paying for these costs can be next to impossible for people who are already at an economic disadvantage, such as those who live in the Rio Grande Valley in South Texas, where about half of the residents live below the poverty line, according to a Valley Central analysis of Texas Association of Counties income data.

Located in this region is the Frontera Fund, which helps residents pay for and access safe abortions. In the last year alone, the fund assisted 400 people facing unwanted pregnancies, Executive Director Zaena Zamora said. If SB8 resulted in the fund drowning with lawsuits, hundreds of people each year would either go without needed care or obtain abortions in dangerous situations. Zamora said she is especially concerned about what this means for the undocumented immigrants her group serves, whose ability to travel is limited by Border Patrol checkpoints in the area.

"If you have no documentation barriers, you can conceivably leave the state to get your care," Zamora said. "If you're undocumented, that option is not available to you."

Also worried about the implications of SB8 are members of organizations that help minors access abortion in Texas such as Jane's Due Process (JDP).

Under state law, a doctor must notify a parent or legal guardian of a pregnant teen age 17 or under seeking an abortion and get their consent, unless the minor is married, emancipated or the abortion must be performed immediately because of a medical emergency. If the minor doesn't want the doctor to notify the parent, the minor must seek an order from a judge, called a judicial bypass, removing the requirement.

JDP Director Rosann Mariappuram said the Texas abortion restrictions already harm someone seeking an abortion, "but for youth, they kind of add another complicated layer because already as a minor, you don't have a ton of autonomy over where you are, how you get somewhere, and if you have money or resources to do what you need."

Most of the young people that seek help from JDP do not have extra cash lying around to even pay for transportation to a clinic, which is one of the many barriers minors face, Mariappuram said. Additionally, almost all of the clients who seek help from JDP get their abortion after six weeks, which is past the time frame written into SB8.

To get ready for these potential legal attacks, JDP is working to find ways to continue helping minors even if the bill goes into effect. JDP staff is also preparing for eventual lawsuits by raising money for their defense.

"Abortion is legal, we can still help people," Mariappuram said. "And although all the stuff with Senate Bill 8 is really scary, I do think we'll figure out ways to help people no matter what." 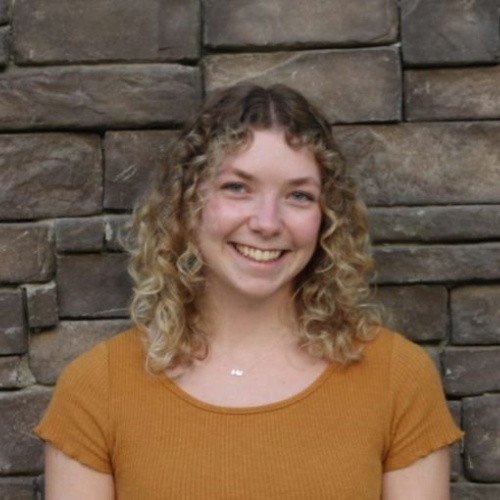 Abby Zimmardi is a former Institute for Southern Studies intern who is pursuing a master's degree in journalism at the University of Maryland.

As abortion access shrinks in the South, tax dollars flow to fake clinics