I am honored to talk about our friend, Billie Lee Rogers.

A hot, June day in 1982 changed many lives. A timber company sprayed its young pine trees in Chatham County. They paid scant attention to the adjacent Gorgas community, which suffered damage to plants, animals, and people from aerial application of highly toxic pesticides.

Erick Umstead, an inspector for the North Carolina Department of Agriculture, was among the first on site. He took samples for lab analysis. He was told that the community was "politically active"; the NCDA wanted to appear responsive.

By 1986, Erick had left the NCDA as a whisleblower and joined with me to start the PESTicide EDucation project (now Toxic Free NC) to advocate for people fighting environmental racism. We confirmed a cover-up in Gorgas and sought out the community.

That started a relationship with Billie Rogers that lasted decades. She was born in the community during the Great Depression. Life was hard in the rural, Jim Crow South. Billie had more than her share of hardships. But she gained strength from her family and community. Make no mistake, we didn't "organize" Gorgas. It was already organized with effective leaders like Wilbur Bryant, Margaret Pollard, and Billie herself. We were honored to have her join our board of directors, later becoming emeritus, which she held the rest of her life.

Lab results showed part of the damage was a violation: One garden was damaged by drift of droplets. The NCDA allowed a small settlement with the garden owner and forgot the violation. The rest of the damage was from drift of "vapors" of herbicide that evaporated in the heat, which was allowed. Billie and her community, with us, worked to get that changed. Billie's goal: to not have any other community suffer similar traumas.

We have made some progress toward her goal. Over 35 years, there are real victories in environmental justice, but there remains a long journey. Billie's role in organizing community action to fight for change was foundational to North Carolina's movement to address toxic pesticides.

Billie's work was appreciated. In 1991, the National Coalition Against the Misuse of Pesticides, now called Beyond Pesticides, honored the Gorgas community as its "Outstanding Grassroots Organization." Billie and Margaret were in Washington to accept the award. It led to a special moment with Billie. On our last morning, we went to the Vietnam War Memorial. She found the name of a relative engraved on the wall. She had regretted never being able to say a proper goodbye. 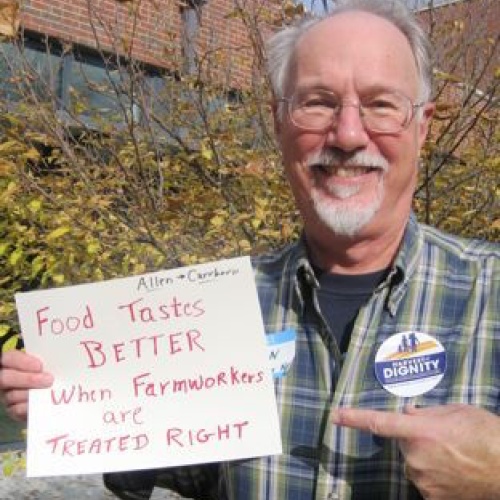 Allen Spalt is the co-founder of the pesticide safety advocacy group that would become Toxic Free NC and an emeritus member of its board. He lives in Carrboro, North Carolina.