(Photo by Caniceus via Pixabay.)

(This story has been updated to reflect the correct number of Arkansas's vaccine doses that expired unused last month.)

I keep wondering when this will break us all.
Rooms full to overflowing.
Staff beyond exhausted.
Mentally, emotionally, physically and spiritually drained.

My wife, Heather, and I live in Arkansas, where the third wave of COVID-19 currently sweeping across the country began in earnest. We were home to the highest per capita rate of new COVID-19 cases in the nation for much of July, and hospitalization rates now surpass January's pandemic peak. We also have the third-lowest vaccination rate in the U.S. Pop-up vaccination clinics at ballgames, free hunting and fishing licenses, a $1 million lottery, the facts that the unvaccinated account for 98% of hospitalizations and over 99% of deaths here — all have done little to turn the tide. At the end of July, thousands of the state's vaccine doses expired unused.

We hear ourselves being yelled at, called names and belittled.
We are giving our best and yet our best is never quite enough.

Gov. Asa Hutchinson and state health officials embarked on a statewide tour to encourage vaccination, only to be booed and shouted at by constituents who believe the widely debunked myth that vaccines cause infertility. A rural pharmacist interviewed by NPR now carries a magnet with her so she can show skeptics that the vaccine won't turn their skin into a refrigerator door.

As someone who studies misinformation, the pandemic has been frustrating. But for Heather, an emergency physician, the toll has been tremendous. The frenzy of 12-hour shifts in a hospital at capacity, waiting room overflowing, death ever-present … it follows you home. It invades your dreams. It steals your peace.

She creates art to get through it. Drawings, poems, and prayers she's kept locked away. But last week, she wrote a lament she wanted people to see and shared it to Facebook.

People are sick and dying.
And we are too few to give them our full attention.

Religion ties to everything here. Early in the pandemic, we bristled at government restrictions in other states that infringed on religious freedoms. (The Supreme Court eventually agreed.) We were one of five states that never issued a blanket "stay-at-home" order. Our mask mandate was one of the last to be enacted and first to be repealed. New state laws now ban the issuing of future mask mandates or vaccine requirements.

The calculus wasn't just conservative politics; it was the assumption that Arkansans — 79% of us Christians — would follow Jesus' command to love our neighbors. Hutchinson almost always talks about the pandemic in terms of neighbors – "do the right thing" for them, "protect" them, and remember them when they pass. If we take care of each other, force of law isn't necessary.

We've been through this before.
Never really stopped it, only slowed it.
Now it's back and worse than before.

Given freedom, we have only ourselves to blame. We haven't taken care of our neighbor. The newest surge is particularly wearing on health care workers like Heather not only because they've been pushing themselves to the limit for 16 months, not only because they thought the worst was over, but because this time the solution is widely, freely available and more than six in 10 people in our community want nothing of it.

We hold ourselves together —
A bunch of broken people trying to stand firm on the frontlines yet again.

The most crushing part of it all is that the church — long our place of refuge — is instead a battleground for the culture war. Our fellow believers have been the most resistant to preventative measures since the pandemic began. White evangelicals were the least likely religious group — Christian or otherwise — to social distance or wear masks, and now are least likely to get vaccinated, according to the Pew Research Center and the Public Religion Research Institute.

In the gospels, when Jesus is asked which is the greatest commandment, the answer is twofold: love God and love your neighbor. Christians in favor of vaccination have frequently framed getting the shot as a practical application of Christ's teaching. But white evangelicals are the least likely religious group to think about how getting a vaccine might benefit others around them, according to Pew. When PRRI asked directly if getting vaccinated was a way to live out loving your neighbor, only a minority of white evangelicals agreed — and the number has dwindled over time, contrasting every other religious group in the study.

How did the church get here? What can be done?

We don't have the answer.

We confess to feeling more than a little helpless and homeless. And writing this feels more than a little fruitless, because I realize none of it is persuasive to our brothers and sisters working from an alternative set of facts.

Half of Protestant pastors surveyed by Lifeway Research in 2020 reported hearing conspiracy theories being shared in their churches. General vaccine skepticism, including belief in the false claim that vaccines cause autism, was high among Christian nationalists even before COVID. There's also tremendous distrust in key institutions. A majority of white evangelicals believe the 2020 election was stolen and the government is run by the "deep state." About a quarter believe that deep state to be Satan-worshipping child sex traffickers. They are less likely than any other religious group to trust health organizations, academic experts, or journalists for accurate information.

We've seen it locally. At the outset of the pandemic here in Arkansas, churchgoers were "ready to lick the floor to prove there's no actual virus," Second Baptist Church of Conway Pastor Josh King told the Washington Post.

Imagine pushing yourself beyond limits you thought possible to try to save lives, experiencing the trauma of witnessing death when you fail, then seeking the peace of God, in the house of God, only for some person with a mask dangling beneath their chin to mutter, "hoax."

Once we were heroes.
Now we are the walking wounded.

Christians are going to disagree with one another and will at times distinguish ourselves from the position of society writ large. This isn't about that. It's about a lack of discernment. It's about not meeting any standard of truth — scriptural or otherwise. It's a reminder, as Billy Graham Center Director Ed Stetzer wrote, that "gullibility is not a Christian virtue."

We are holding onto a fragment of who we once were.

For a religion claiming to know the absolute capital-T Truth, we are having a real crisis of misinformation. And it's not even being used to prop up our faith, as we are prone to do with intrinsically important parts of our identity. It's all about protecting our politics.

Vaccines can't be about loving your neighbor if your political identity rejects them as a symbol of government control. Or when healthy skepticism becomes trust in the affirming outlier while dismissing the preponderance of medical expertise. Four million deaths, 600,000 in the U.S., and we're right where we started in March 2020, when King and other Arkansas pastors were trying to decide whether to hold in-person worship services.

There's hope at the end of one of those surveys. PRRI found that 28% of vaccine-hesitant white evangelicals and 13% of vaccine resisters would be more likely to get a vaccine if churches would talk about it or even make it available on site. (If your church never hosted flu shots, just Google it to see how common it is.) Our apprehension or unwillingness to do those things demonstrates the damage done by bad actors inside and outside the church who saw political advantage in sowing discord and distrust even when our health is at stake.

Heather's poems always find a way to end optimistically, hopeful in the plans the Lord has for her. This ending is still unwritten, as she and her team of health care providers pray our community will come together, love our neighbor, and at last stop the suffering from this pandemic. 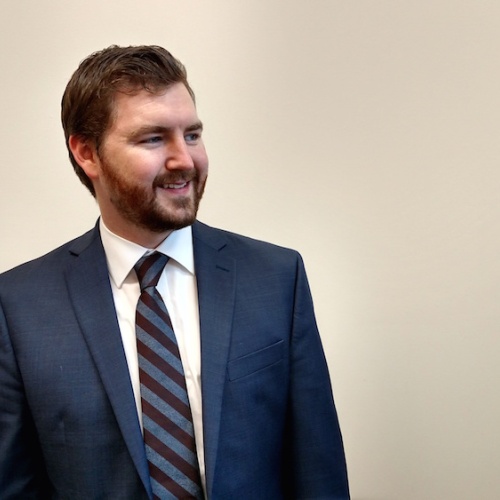 Dylan McLemore, Ph.D., is an assistant professor in the School of Communication at the University of Central Arkansas studying what makes partisans tick. For more, visit dylanmclemore.com or follow him on Twitter @voiceofD. 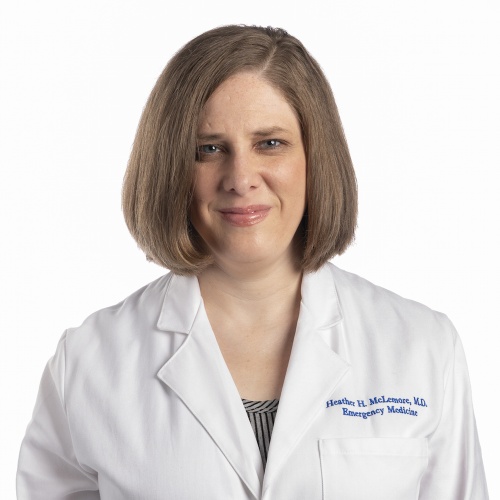 Heather McLemore, M.D., is an emergency physician practicing in Arkansas.

In fight over COVID mask rules, Southern appeals courts side with GOP over schools