At left is the iconic Old Well at the University of North Carolina at Chapel Hill; legend has it that taking a sip of water from it brings luck in the form of good grades. At left is the school's coal-fired power plant, which is located near two historically Black neighborhoods and has racked up thousands of violations of the Clean Air Act. (Old Well photo by Zach Stern via Flickr; coal plant photo by Neal Wellons via Flickr.)

Beneath the veil of the liberal, righteous town with picturesque buildings and Eden-like grounds where everyone lives happily ever after, the town of Chapel Hill, North Carolina, has always been a racially unjust society — in large part because of the University of North Carolina.

Today, racial tensions there remain at the brink of explosion.

Let me share a story from my new book, "To Drink from the Well: The Struggle for Racial Equality at the Nation's Oldest Public University."

The race riot university officials long feared erupted on the hot, muggy night of Saturday, Aug. 21, 1937, just a few blocks from the university. Black workers of Chapel Hill decided they had had enough and revolted.

Police were called to Yarbrough's Service Station on West Franklin Street. There, they found a young Black man, Tom Atwater, bleeding profusely. He had been hit over the head with a beer bottle by a white man, James Horne. The Chapel Hill police took the Black man to the hospital. The police in the neighboring town of Carrboro arrested the white man and eventually took him to the jail in nearby Hillsborough. Word of the incident spread like wildfire throughout the Black community.

When Chapel Hill and Carrboro police returned to Yarbrough's station, they found a large crowd of about 300 Black people furiously shouting and throwing rocks and bricks at white people walking by. A young white man stopped at the station to find out about the trouble. The crowd surrounded his truck and rocked it back and forth. Somehow, he managed to speed away.

The Chapel Hill police chief called the Durham Police Department for help in restoring order. The siren at Carrboro's fire department began to wail in the night, sounding the riot call. Minutes later a flatbed truck with armed whites sped by and shot into the crowd of Black people. Black people returned gunfire. Between 100 to 200 shots were fired that night. Five to 10 people were wounded. Chapel Hill and Durham police forcibly dispersed the crowd with tear gas and Tommy submachine guns. By 4 a.m., the streets were clear.

Mills had closed in the neighboring town of Carrboro, cutting jobs for hundreds of white workers. Finding work during the Great Depression — which seemed to have no end — was difficult. And Black workers faced much harder conditions than just unemployment: They also had to survive Jim Crow discrimination that permeated every part of their lives.

Among the things the graduate students discovered was that the local Black community did not have public services. In those days, the university owned and operated the water, electric, and telephone systems. The campus and surrounding white neighborhoods had electricity, but the Black community was deliberately left in the dark. The unpaved, unlit streets were rough roads that turned into a muddy mess when it rained.

Without sewer services from the town, the Black community dumped raw sewage into streams. According to one oral history I found while researching my book, Black children watched white children swim in the university's pool behind Carmichael gymnasium. They knew they could not swim in the pool because of the color of their skin. As young children do, they searched for water to jump into. Many swam in the polluted streams, contracted typhoid, and died.

I wish this awful history of environmental racism was the past. However, the university's legacy of white supremacy, oppression, and literal poisoning of Black people is still operating here and now.

The University of North Carolina at Chapel Hill generates its own electricity at a campus power plant that burns coal. As coal plants produce power, they emit toxic pollution into surrounding areas, including brain-damaging mercury and lead. Study after study has shown that coal plant emissions cause a multitude of health issues including bronchitis, emphysema, asthma, pulmonary disease, heart attacks, arrhythmias, congestive heart failure, strokes, and nervous system conditions. A lawsuit filed against the plant by environmental groups has documented 7,830 violations of the federal Clean Air Act just since December 2014.

In April 2021, university officials pledged in their "Sustainable Carolina" climate change plan to being "committed to eliminating the use of coal as quickly as is technically and financially feasible." Notice the deliberate lack of a specific date. And a new permit for the plant sought by the school and issued by state regulators last month eliminates limits on how much coal the plant can burn, risking further violations of science-based air-quality standards.

And where is the university's coal-burning plant located? Next to Chapel Hill's historically Black neighborhoods of Pine Knolls and Northside. To this day, the university continues to damage the health of the Black community. A community of people who labor and sweat for the university only to remain poor and sick while watching their deferred dreams die. 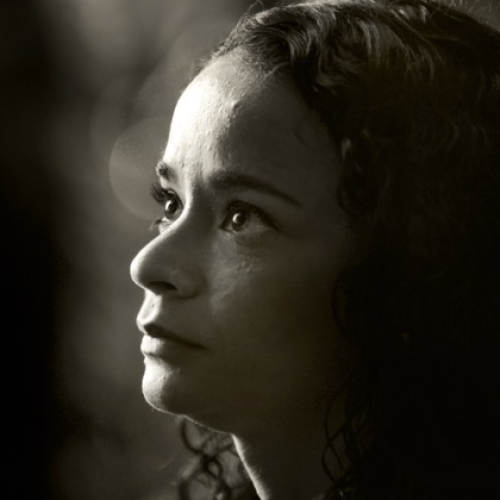 A native of Kenya, Geeta N. Kapur is a civil rights attorney and an activist and was the lead lawyer of Moral Mondays in Durham, North Carolina; she's also an alumna of UNC-Chapel Hill and its law school. She is the author of the book about UNC, "To Drink from the Well: The Struggle for Racial Equality at the Nation's Oldest Public University."

VOICES: On UNC's troubled racial past and present