On March 8, Durham County (North Carolina) District Attorney Satana Deberry testified before a U.S. House Judiciary subcommittee on how reform and public safety are, as she described, "inherently linked." (Photo is a still from the hearing's video.)

On March 8, the U.S. House Judiciary Committee's Subcommittee on Crime, Terrorism, and Homeland Security, chaired by Rep. Sheila Jackson Lee of Texas, held a hearing via Zoom titled "Reimagining Public Safety in the COVID-19 Era." Among the witnesses who testified were Edgardo "Eddie" Garcia, chief of police in Dallas; Houston Mayor Sylvester Turner; and Satana Deberry, the district attorney for Durham County, North Carolina. Elected in 2018 on a progressive platform, Deberry — a former criminal defense attorney, general counsel for the North Carolina Department of Health and Human Services, and executive director of the nonprofit North Carolina Housing Coalition — defended law enforcement reform from those who claim it makes communities less safe. This was her written testimony.

Over the past two years, some communities, including Durham, North Carolina, where I am the elected district attorney, have seen a perfect storm of challenges contribute to a devastating rise in violence:

A once-in-a-lifetime pandemic has disrupted support systems and strained institutions and organizations that respond to and try to prevent violence.

The year 2020 saw the largest single-year increase in poverty ever recorded in the U.S. Study after study has shown that increases in poverty are closely linked to increases in crime because extreme poverty creates stress and seeds desperation, making people more likely to see crime as their best or only option.

At the same time, Americans purchased guns in record numbers. Nearly 23 million guns were purchased in 2020 and nearly 20 million were purchased in 2021, the highest and second-highest years on record. Data from the Bureau of Alcohol, Tobacco, Firearms and Explosives found that in 2020, newly purchased firearms were used in more crimes than usual, suggesting that the increase in gun purchases is connected to increases in some gun crimes. Yet, many states have embraced policies that ease access to and regulation of guns.

We have also seen eroded trust and confidence in the criminal legal system, particularly between law enforcement and people of color, who are more likely to be killed by police, subjected to low-level arrests that provide no public safety benefit, and, at the same time, see so many violent crimes in their own neighborhoods go unsolved.

When trust is fractured, victims and witnesses are less likely to report crimes or participate in investigations — making communities less safe.

As a prosecutor, I am responsible for pursuing justice and I care about the safety of my community — where I live and my children go to school — just as much as anyone else in law enforcement. We can achieve safety through common sense, evidence-based reforms.

We have to stop pretending reform is the real threat to public safety and recognize how over-reliance on prosecution and incarceration may make us less safe. We do not need to "choose" between reform and public safety — those two objectives are inherently linked.

The United States' incarceration rate is second-to-none. We spend around $115 billion dollars a year on policing which is more than every country but the U.S. and China spend on their militaries. If more incarceration equaled less crime, we'd be the safest country in the world.

While prison is warranted in individual, serious cases, there is little evidence that prisons reduce recidivism and at least some evidence they make individuals more likely to commit crimes after release, according to a 2011 paper. High community incarceration rates can actually lead to increased crime, and a range of other harms throughout the community, a 2008 study found.

Meanwhile, evidence is mounting that prosecuting and incarcerating fewer people is in line with public safety.

A 2021 study looked at 35 jurisdictions, including Durham, that elected reform-minded prosecutors and found our policies had no significant effect on crime — including murder. Reforms studied included reducing cash bail or pretrial detention, declining to prosecute certain low-level offenses, and diverting people who need treatment out of court.

Another recent study of the Suffolk District Attorney's office found that not prosecuting certain individuals for nonviolent misdemeanors reduced their likelihood of being charged with future violent offenses within two years by 64%.

Like many communities, Durham saw an increase in homicides last year, even as most other types of crime and overall violent crime were down. There is no evidence that the rise in homicides and gun violence in communities across the nation is a result of criminal justice reforms.

I do not say this to trivialize the recent increase in violence — but rather to underscore how pervasive, tragic, and unacceptable it is — and how badly we need better solutions.

In 2020, cities with higher poverty and unemployment rates experienced greater increases in crime, suggesting much of the increase was due to economic stress and inequality, rather than reform. Both cities that rejected and pursued reforms saw similar increases in homicides and violent crime. Some cities that have elected — and re-elected — reform-minded prosecutors have seen no change or even a decrease in homicides/violent crime rates.

Blaming reform-minded prosecutors for increases in violent crime is misguided and misinformed. Many of my peers and I have structured our offices and policies entirely around more effective prosecution of violent offenses. In my office, we have enhanced coordination with law enforcement in the most serious cases, so that we are building stronger cases together, sometimes even before charges are filed. This has resulted in more homicide convictions, convictions in years-old cold case sexual assaults, and improved communication about the small number of people responsible for violence in our community.

If someone commits a serious crime and there is sufficient evidence of their guilt, they will be prosecuted. But we cannot prosecute cases that are never charged. Nor can we prosecute our way out of violent crime.

We know what works to reduce violence — proven and promising strategies already exist. But we need to work together and invest in those solutions long-term.

Homicide clearance rates in the United States are below 50%, with most peer countries in Europe boasting rates of above 80%. Clearance rates are even lower here for other crimes like rape. The strongest deterrent to crime is the likelihood of being caught, not the severity of the sentence. When so few people are caught, that deterrent effect is minimized. We must work alongside law enforcement and invest in solving and prosecuting serious cases. Meanwhile, we should divert and deflect cases that do not impact public safety.

We need to address the proliferation of guns through effective policies that impose waiting periods, increase required training, and limit access to guns for young people and individuals at significant risk of harming themselves or engaging in violence. These measures, coupled with a public health approach to preventing violence are key to confronting the proliferation of guns in our country.

We need better data. It's difficult to fix what we can't measure, and we don't have a system that can even tell us how many shootings there are in America. Funding to better collect and analyze data across the legal system is greatly needed to build trust and make evidence-based decisions. In my office, we worked with Duke University researchers to develop and participate in a first-of-its-kind study of how plea arrangements are made in prosecutors' offices. This will provide valuable information to my staff and the public about our decisions and case outcomes — but it is not something we would be able to do without our research partners.

Lastly, but most importantly, we must in invest in our communities and address the root causes of crime, including economic instability, housing insecurity, and mental illness.

We must reinvest in and expand promising anti-violence strategies, like violence interrupters and programs that add structure, mentorship and opportunities for youth. Evidence shows that investing in neighborhoods themselves — by greening vacant lots, providing adequate lighting, and removing exposure to pollutants like lead — prevent crime while otherwise benefiting residents.

As Durham's district attorney and as a Durham resident, I want the best for my community. I want my neighbors not only to be safe, but to thrive. That is why I am working to advance common sense, evidence-based reforms that keep people out of the criminal legal system who don't need to be there, and allow us to more aggressively and effectively focus on what make us unsafe. 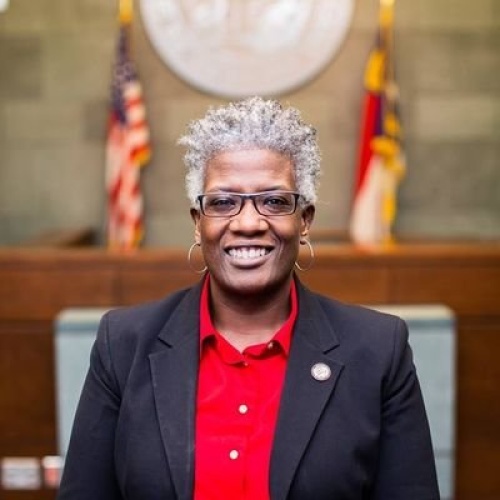 District Attorney Satana Deberry of Durham County, North Carolina, was elected in 2018 on a platform that promoted prosecutorial reforms, aimed to reduce the jail population, and pledged to address racial bias in the criminal legal system.