The masterplan for the police training facility being built in the last major stand of forest in the Atlanta metro area.

Rank of Atlanta among U.S. metropolitan areas with the most intense urban heat island warming, the phenomenon where cities are hotter than nearby rural areas due to a lack of trees and extensive development using asphalt and other impervious surfaces: 3rd

Total acreage of a public park proposed in 2017 by the city's planning department to protect the last remaining section of urban forest southeast of downtown Atlanta in DeKalb County on city-owned land around the tributaries of the South River — an area that the department says currently serves as the city's "irreplaceable green lungs": over 1,200

Date on which the Atlanta City Council approved an ordinance sponsored by now-former member Joyce Sheperd authorizing the Atlanta Police Foundation to use a portion of a 381-acre city-owned property slated to be a part of the South River Park for developing a new $98 million police training facility: 9/8/2021

In part because of the Atlanta Police Foundation's spending of donations from some of the biggest U.S. corporations, rank of the city among the most surveilled in the U.S. already, with Black residents between 1.5 and 2.5 times more likely to be surveilled than would be expected given their share of the population: 1

Percent of respondents to a community survey conducted in August 2021 who did not support the construction of a police training facility in the South River Forest area: 98

During the 17 hours of public comment that preceded the vote, ratio by which opponents of the project outnumbered supporters: 2 to 1

Total square footage of the planned Institute for Social Justice and Public Safety Training — what opponents refer to as "Cop City" — which would include a gas station, school, and night club, and is similar to mock police training cities constructed in reaction to the civil unrest of the 1960s: 9,645

Of the proposed facility's 150 acres, number that Atlanta Police Foundation President Dave Wilkinson said would be converted to "blacktop": 50 to 60

Total acres of publicly owned land in the South River Forest area that DeKalb County commissioners swapped in 2020 with Blackhall Studios, producer of films and TV shows including "The Tomorrow War" and "Lovecraft Country," to build a $250 million soundstage and workshop facility for land that's highly disturbed and less valuable — a deal that's now the target of a civil lawsuit filed by conservationists: 40

Month in which people involved with the Defend the Atlanta Forest Movement — a decentralized land defense effort involving a multiracial group of police abolitionists, environmentalists, and community members — began occupying the contested land and holding protests in the city and elsewhere: 5/2021

Number of "Week of Action" campaigns the Defend the Atlanta Forest Movement has held in the South River Forest to date, featuring events including music festivals, supply drives, skill sharing sessions, and history lessons geared toward engaging people in the fight against the development: 4

Month in which a delegation of Muscogee (Creek) tribal members traveled from Oklahoma to the Weelaunee Forest — the indigenous name for the South River Forest, where their ancestors lived before being evicted by the U.S. government — and joined other First Nations peoples from the region to take part in culture sharing and stomp dance ceremonies: 11/2021

In May of this year, number of people arrested after 200 protestors marched through the Little Five Points neighborhood of Atlanta carrying tree branches and chanting slogans in opposition to developing the forest: 17

Also in May, number of people arrested at the contested site on charges of criminal trespass and obstruction of law enforcement during a confrontation in which police said protestors threw rocks and Molotov cocktails at them: 8

Date on which protestors affiliated with the Defend the Atlanta Forest Movement arrived at the Charlotte, North Carolina, offices of Brasfield & Gorrie, a Alabama-based contractor working on the police training facility, sealed the entrance using bike locks, and chained themselves to the front and back doors by their necks: 7/25/2022

The Atlanta Police Foundation's current timeline for opening the first phase of the training facility, with Defend the Atlanta Forest Movement organizers reporting that their efforts have delayed that by at least a month and a half so far: Q4 2023 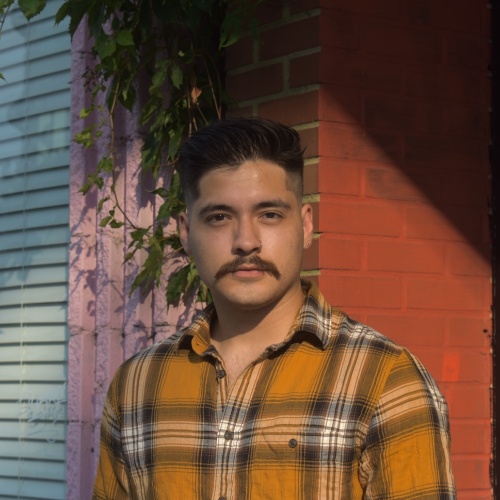 Born and raised in North Carolina, Kevin Gomez-Gonzalez is a Latine reporter and an undergraduate at the UNC Hussman School of Journalism and Media. Their work covers issues of labor and the intersections of race, class, and gender. Their writing has previously appeared in Enlace Latino NC, NC Policy Watch, and INDY Week.