That was the question my grandsons asked me this year after they learned that — yet again — they would be joining me in Washington, D.C., to make sure our voices were heard. Shortly after the Supreme Court's devastating ruling to overturn Roe v. Wade and strip millions of the freedom to choose, this was the Mother's Day gift I chose for myself. To stand on the front steps of the Supreme Court with my grandchildren, signs of protest held high.

I'd been there before, but I didn't think I would be back so soon.

As someone born in 1948, while the world was still recovering from the devastation of World War II, I never thought I would witness the re-emergence of the kind of fascist extremism that birthed the Nazi regime. Yet, nearly 75 years later, we are once again fighting against ideas and ideals that aim to strip my fellow Americans of their long-held constitutional rights.

Perhaps the worst part of it: those ideas and ideals are coming from lawmakers in my own country.

As part of a group called Seniors Taking Action, I run a Giving Circle with The States Project focused on building governing power for state lawmakers to improve lives and defend our democracy. As a Giving Circle leader, I work with friends, family, and like-minded people to support state legislative candidates who believe that our country must include the fundamental freedoms afforded to Americans through the democratic process.

What does that look like in my state of North Carolina? For one, it's keeping extreme rightwing lawmakers from enacting the most radical policies into law. We are working to prevent a rightwing supermajority under which Democratic Gov. Roy Cooper would lose his power to veto the worst of the rightwing's proposed laws. Holding the line by preventing a supermajority could protect abortion access, voting rights, and more for millions of North Carolinians.

As a Giving Circle leader, I know I'm working on behalf of people in states where extremism has permeated the legislative process.

But extremism isn't just on the rise in North Carolina. There are many states where rightwing majorities and supermajorities are working hard to put special interests ahead of their own voters, to limit access to the ballot box, and restrict a pregnant person's right to choose when it comes to making their own medical decisions.

None of this is new ground for me or many people in my 55+ community who are also part of my Giving Circle. I remember John F. Kennedy's assassination as a high schooler. I joined my college classmates in walkouts following the Kent State shootings in 1970. These events sent shockwaves through the nation and spurred young people to use their voices to drive political change.

Today, it's heartening to see so many young people using their voices to tell their leaders that they disapprove of the overturning of Roe v. Wade, and that they will no longer tolerate the massacre of schoolchildren at the hands of people who have easy access to weapons of war.

As a woman with a progressive voice in a Southern state, I know that I am not alone in this work, but I do feel like my status as a senior citizen means I have to work harder to make my voice heard. I think seniors are an underutilized group when it comes to campaigns searching for dedicated and hard-working volunteers; most of us are retired and have more time on our hands than younger working adults, and many of us have political activism experience going back decades. I worked as a campaign volunteer for Barack Obama in 2008 and later for Hillary Clinton in 2016. Seniors are committed, have large support networks, and have lived through the biggest political events of the last century, giving us a broad historical perspective.

For the dozens of members in my Giving Circle, protecting democracy is a daily effort through writing postcards, making phone calls, and otherwise investing our time, money, and lived experiences as part of a unified front.

I hope that through my work, I am showing my children and their children that political activism and age don't have to be two lines that intersect with each other on a chart and then keep drifting farther apart. I hope that — along with my Giving Circle and The States Project — we can lift up candidates who want to create a better world now and for future generations. And I hope that we can prevent the passing of harmful, extremist laws, so that I don't find myself in front of the Supreme Court, sign in hand, asking myself the question: "Again?" 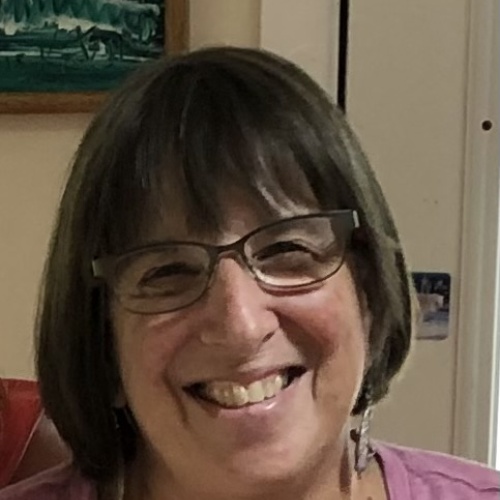 A resident of Raleigh, North Carolina, for most of her life and graduate of Duke University, Ilene Freedman is a mother of two and grandmother to six who is working to engage other seniors in activism. She leads a Giving Circle with The States Project to help support state legislative candidates committed to improving lives.