Skip to main content
Defend democracy in the South.
Donate Today
By David Kyler, Center for a Sustainable CoastDecember 13, 2022

Three years ago elected officials at the Georgia Public Service Commission (PSC) voted to approve the largest-ever rate increase of over $1 billion, far more than any other utility in the nation. That Georgia Power rate boost was stunning in its size, approximating the total rate increases of the country's next 10 utilities combined. In fact, the average state rise in U.S. utility rates in 2019 was only $26 million, less than 3% of the Georgia Power increase.

Georgia PSC officials also voted to provide Georgia Power high profits, about 10% greater than the national average. These 2019 PSC approvals were shocking to many who closely follow the energy industry. Since then, every one of Georgia Power's 2.7 million residential customers, on average, has paid $278 a year in utility fees to cover the company's excess profits, at a time when enormous cost overruns on Plant Vogtle have been in the billions of dollars.

Why would the elected officials at a publicly funded state agency, with a mission to ensure "just and reasonable rates," approve this lavish bailout to benefit a private-sector corporation?

By allowing Georgia Power to shield its profits by shifting costs onto customers, the PSC has enabled the company to protect stockholders from the financial consequences of failing to competently deliver the Plant Vogtle nuclear expansion as promised, on time and within budget. Burying the cost overruns in customer billing also protects the commissioners from overdue accountability for their decision to continue the project in 2017, when there was a prime opportunity to terminate it.

Five years ago Plant Vogtle was already billions of dollars over budget and years behind schedule, when the key contractor for the reactor units, Westinghouse, went bankrupt. By voting to continue the mismanaged project, the PSC made Plant Vogtle's expansion the most expensive power-plant ever built on earth at $34 billion — nearly two-and-a-half times the authorized cost.

However, undeserved company profits approved by the PSC in 2019 have become even more egregious since then — construction costs for Plant Vogtle have burned through $200 million per month for the past nine months, and between $100 million and $150 million a month for years.

So, on June 24, 2022, Georgia Power filed a request with the PSC for a stunning $2.9 billion increase in revenues. Georgia Power is again asking for increased profit. This new rate increase, if approved along with other adjustments, is projected to increase Georgia Power bills by an additional $55 to $60 a month. This hefty increase in residential electric bills will unfairly burden millions of Georgians already suffering other rising costs due to worldwide inflation.

Huge rate increases aren't the only requests Georgia Power is asking of elected officials. To protect their own monopoly profits, they are also asking the PSC to block rooftop and community solar from taking root in Georgia. Yet, by diversifying and decentralizing power generation, rooftop solar is among the most vital tools for fighting climate change, essential to the rapid reduction in heat-trapping emissions needed to avoid the worst climate impacts.

Large-scale solar is important and Georgia is performing well in that arena. But these capital-intensive "solar farms" are profitable for Georgia Power, while rooftop solar is not. Likewise, community solar, along with rooftop solar, is one of the most important tools enabling low- and moderate-income Georgians to benefit from participating in crucial emission reductions while also limiting their ongoing electric costs. But developing this alternative threatens profit-making goals at the heart of the PSC's obligations to Georgia Power.

Due to a series of PSC decisions, Georgia is now 40th in state rankings for rooftop solar, despite being the 14th sunniest state in the nation. And the $1 billion rate increase of 2019 made Georgia the fifth-highest state in electric-bill rankings.

By stifling timely implementation of the rooftop solar sector, the PSC is ensuring that residential ratepayers will continue suffering unfair rate increases to cover the substantial capital costs of Georgia Power's solar farms. Moreover, in doing so, the PSC will deprive Georgians of stability and resiliency benefits provided by a well-developed network of substations powered by a multitude of rooftop installations, on-site battery storage, and the clean-energy conversion that is imperative to controlling climate impacts.

It is the explicit job of elected officials at the Georgia PSC to help consumers control the cost of electricity and responsibly guide the Georgia Power monopoly, since normal competitive market forces that would otherwise do that are absent. Instead, if the PSC gives Georgia Power what it wants by approving the fees requested in the June rate proposal, rooftop solar installations will be further deterred, subverting cost controls and the means to rapidly reduce heat-trapping emissions.

On Dec. 20 Georgia's Public Service Commissioners have an opportunity to change directions and help the people of Georgia make the urgently needed transition to clean energy. But they will do so only if enough Georgians voice their well-founded concerns, compelling PSC members to prioritize the public interest instead of Georgia Power's bottom line.

It must be noted that Georgia's Public Service Commissioners control more money than any state authority except the governor, and they shape our state's energy future, vital to economic stability, environmental conditions, and quality of life.

Will Georgia's power be clean and affordable? Will customers participate in key decisions about power generation or be unfairly excluded?

To properly resolve these profoundly critical issues, the PSC and other elected officials must understand that the public is paying attention and that Georgians are demanding fundamental reforms in the state's energy policy. 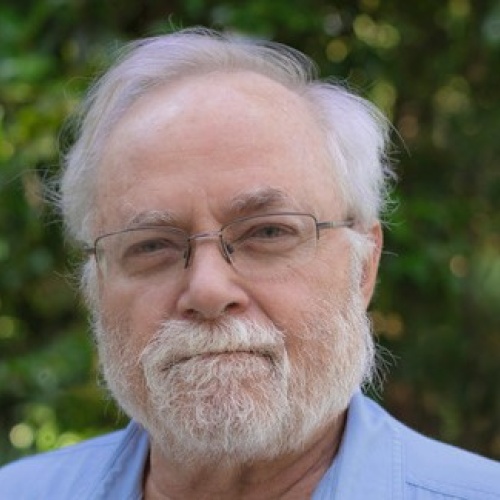 David Kyler is director and co-founder of the Center for a Sustainable Coast, a nonprofit organization formed in 1997 that advocates responsible decisions to sustain coastal Georgia environment and quality of life. Learn more about the Center’s advocacy work at the organization’s website and blog.