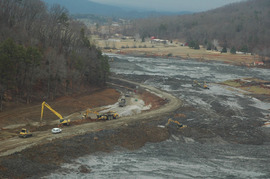 Because our analysis of the nation's most active power plant coal ash dumps revealed that the South is home to a disproportionate share of poorly regulated facilities like the one that failed catastrophically at TVA's Kingston plant in Eastern Tennessee, we wanted to take a closer look at the facilities across the region.

The chart groups the facilities by state, listing the states in descending order by total volume of toxic chemicals released by electrical utilities to on-site surface impoundments. It includes the name of the power plant, the corporate owner (with South-based companies denoted by an asterisk), the community where the plant is located, and the total toxic releases to the surface impoundment. (Click on the chart for a larger version.) 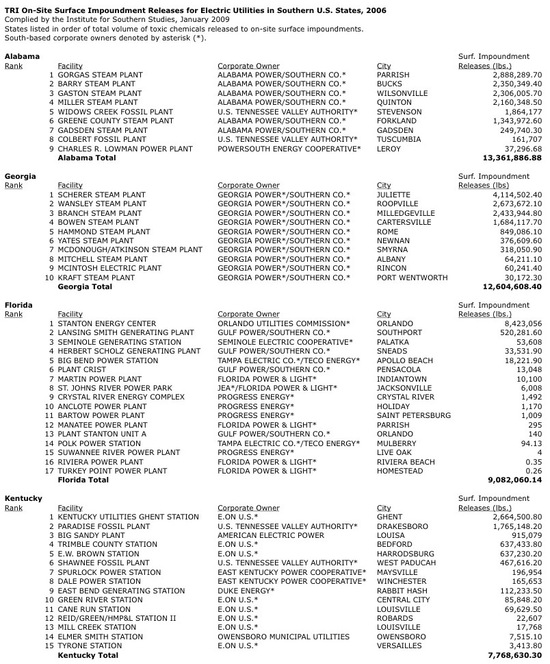 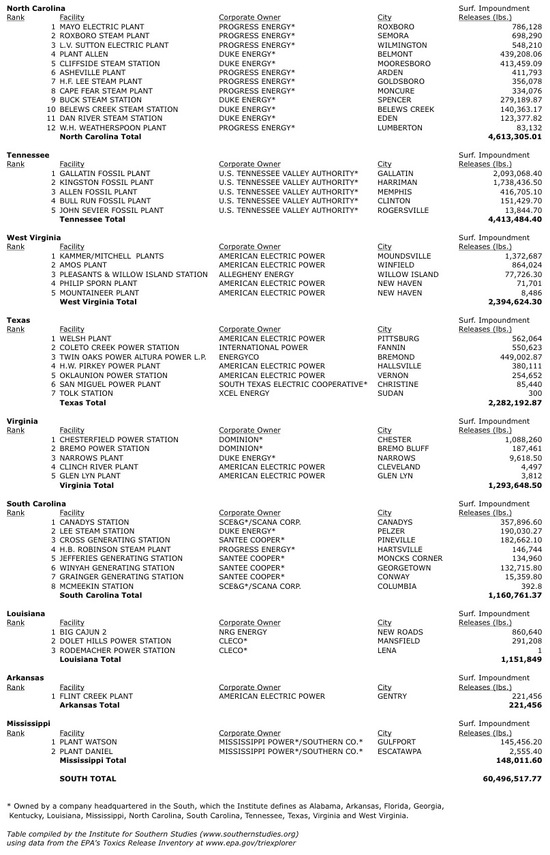 * The companies using surface impoundments to store toxic coal ash have considerable political clout. In the 2008 election cycle, for example, the Southern Co.'s political action committee spent more than $540,000 on federal lobbying, according to the Center for Responsive Politics' OpenSecrets.org database. At the same time, Progress Energy's PAC spent more than $443,000, AEP's more than $1.3 million, Duke's more than $1.2 million, and the E.ON US PAC more than $32,000. TVA, meanwhile, is owned by the federal government.