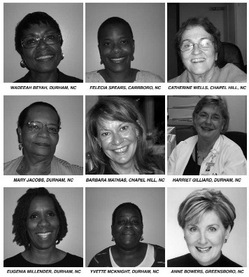 Breast cancer survivors are playing a growing role in the push toward a public option for health insurance.

A coalition of progressive groups including MoveOn, Democracy for America and Change Congress released a minute-long TV ad in Louisiana today to increase the pressure on Democratic U.S. Sen. Mary Landrieu to support a public option for health insurance. Landrieu recently told the Huffington Post that she thinks a public option "undermines the essence of our efforts to create a real market-based private sector model."

The TV ad features Karen Gadbois, a breast cancer survivor who was named 2008 New Orleanian of the Year for exposing corruption after Hurricane Katrina. Even though she works full-time, Gadbois is uninsured because she can't afford to pay the premiums. The ad takes Landrieu to task for accepting $1.6 million in campaign contributions from health care and insurance companies:

A separate effort is targeting Sen. Kay Hagan of North Carolina, another Democrat who opposes the public option. Three-time breast cancer survivor Jane Hamsher of the blog Firedoglake along with folks behind the progressive North Carolina political blog BlueNC and Pam's House Blend (published by Pam Spaulding, a board member of the nonprofit Institute for Southern Studies that publishes Facing South) are gathering the signatures of breast cancer survivors on a petition that they plan to deliver to Hagan's office on Friday.


We survived because we had the medical treatment that many of our sisters who died did not. As survivors we want to speak out and demand access to health care for the women whose battle is before them.

Breast cancer survivors are invited to sign the petition here. The photos of some of those who've already signed are featured in the image at the top of this story.