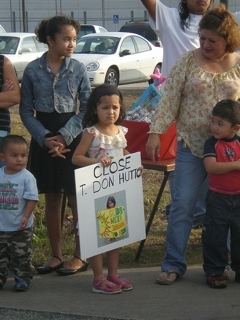 Immigrant rights activists are applauding Thursday's announcement by the U.S. Immigration and Customs Enforcement agency of its plans to reform the nation's immigration detention system, including halting the detainment of immigrant families at the T. Don Hutto detention center in Taylor, Texas.

The announcement follows years of advocacy work by immigrant rights groups and human rights organizations, as well as  numerous reports detailing the failed policies of the immigrant detention system, which holds about 30,000 on any given day and more than 300,000 a year.

Facing South has covered the problems in U.S. immigrant detention, including the growing complaints of abuse in the detention centers -- stories of neglect, inhumane treatment and inadequate health care that has led to immigrant deaths. Immigrant rights groups have criticized ICE's detention practices, which they say routinely violate the due process rights of detained immigrants. A hunger strike just this past week in an immigrant detention center in Louisiana shone a light on inhumane conditions and human rights violations at the jail. 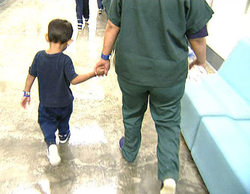 Since Hutto opened in 2006, the center has been heavily criticized for being inadequate for children, placing them in prison-like conditions behind razor wire.

Conditions at Hutto only improved following a 2007 lawsuit filed by the American Civil Liberties Union and the University of Texas School of Law's Immigration Clinic, arguing that Hutto violated the rights of the minors detained there. The lawsuit charged that children were being detained illegally, and were treated like prisoners. For instance, children had to wear prison uniforms, were given only 15 minutes to eat each meal, and received only one hour of education a day. 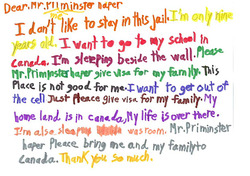 The ACLU won the landmark settlement, which improved conditions, offering children more schooling and proper nutrition, and allowing families more time together. According to the ACLU, about 125 immigrants are currently being detained at the Hutto, down from 450 in 2007.

Grassroots community organizations, like the North-Carolina based Grassroots Leadership, also launched several campaigns to shut down Hutto during the past three years. Community groups hosted hundreds of protests and vigils in front of detention center. Filmmakers detailed life inside of Hutto and recorded the activist campaign to shut down the center, which can be seen in such documentaries as America's Family Prison and The Least of These.

The New York Times reports that at its core, Hutto was presented as a centerpiece of the Bush administration's tough approach to immigration enforcement when it opened in 2006, underscoring that "the decision to stop sending families there -- and to set aside plans for three new family detention centers -- is the Obama administration's clearest departure from its predecessor's immigration enforcement policies."

Is it real reform?

As the NYT reports:

Details are sketchy, and even the first steps will take months or years to complete. They include reviewing the federal government's contracts with more than 350 local jails and private prisons, with an eye toward consolidating many detainees in places more suitable for noncriminals facing deportation -- some possibly in centers built and run by the government.

The plan aims to establish more centralized authority over the system, which holds about 400,000 immigration detainees over the course of a year, and more direct oversight of detention centers that have come under fire for mistreatment of detainees and substandard -- sometimes fatal -- medical care.

In addition to removing families from Hutto and freezing plans for three additional family detention facilities, ICE announced plans to hire a medical expert to review detainees' medical complaints and develop a national strategy for using alternatives to detention. They will also create advisory panels of local and national organizations to gather feedback on their policies.

While human rights groups praised these announced reforms, they have cautioned that further changes are needed. According to the ACLU, the government's announcement still failed to address a number of critical holes in the current system, including a lack of enforceable basic conditions standards, due process to ensure people are not unnecessarily detained, especially for prolonged periods of time, and alternatives to detention.

ACLU attorney Vanita Gupta, the lawyer who led the lawsuit against Hutto, welcomed the news of reform. "The ending of family detention at Hutto is welcome news and long overdue," she said. "However, without independently enforceable standards, a reduction in beds, or basic due process before people are locked up, it is hard to see how the government's proposed overhaul of the immigration detention system is anything other than a reorganization or renaming of what was in place before."

Similarly, Human Rights First cautioned that these new reform efforts must include a change to policies and processes governing decisions to detain, parole and release individuals from immigration detention. The group is urging Congress to take action to ensure that these new reforms are implemented, including passing two bills introduced within the past week, the "Secure and Safe Detention and Asylum Act" and the "Protect Citizens and Residents from Unlawful Detention Act." As Human Rights First pointed out, these two proposed bills could fill some of the voids that remain following the current overhaul by adding critical safeguards to the detention system that help ensure that asylum seekers and other vulnerable populations are not detained unnecessarily for lengthy periods of time. 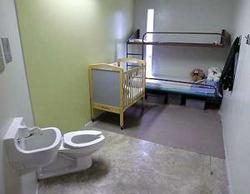 Even though Hutto will no longer house children and families, family detention remains in place. Some of the families currently at Hutto will be transferred to Berks Family detention center in Pennsylvania. But as the NYT reports, the Berks facility also has a history of problems, including guards who disciplined children by sending them across the parking lot to a juvenile detention center, and families' being held for two years or more.


(Images from: Grassroots Leadership, the ACLU, and The Least of These).

Jumpstarting the vote in North Carolina