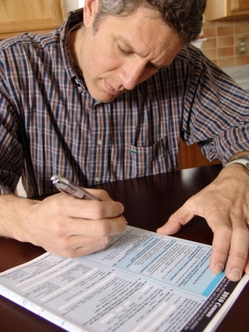 Lawmakers and community advocates continue to work to ensure accuracy in the rapidly approaching 2010 Census. The count will play an important role in determining the amount of dollars flowing to communities across the nation and in the South over the next decade, as well as political representation. But the Census continues to face challenges on several fronts.

Last week, Sen. David Vitter (R-LA) introduced an amendment to the Commerce, Justice and Science FY10 Appropriations bill that would ask all persons their citizenship and immigration status in the 2010 Census. Vitter, who is co-sponsoring the measure with Sen. Bob Bennett (R-Utah), claims that counting undocumented communities would allow certain states to increase the size of their congressional delegations.

Earlier this week several former Census directors issued a joint statement asking Senators not to support Vitter's proposed amendment. "Adding an untested question at this late point in the decennial [Census] process would put the accuracy of the enumeration in all communities at risk and would likely delay the start of the census," the letter reads. "Less than six months before Census Day, and only several months before the count starts, is not the time to place a decade of careful and demanding preparations at risk."

The Census Bureau is also against Vitter's amendment. According to Census officials, about 425 million forms have already been printed. With the count less than six months away, any changes would hold up preparations. Plus it's simply too costly, according to the bureau. Not only would it cost billions to to rewrite, reprint and redeliver questionnaires, as the Times-Picayune notes, even adding an addenda sheet with the Vitter question would require rewriting software code, reprogramming scanners and retraining census workers to the tune of hundreds of millions of dollars.

Several critics say that Vitter's plan is unconstitutional and discriminatory. The decennial census is supposed to be based on total population -- "counting the whole number of persons in each State" -- not citizenship, observers say.

As FairVote reports, Vitter's amendment is a challenge to fair election and voting rights, as well as the equal protection clause in the 14th Amendment:

Senator Vitter's amendment -- to only count citizens of the United States in the census instead of counting "the whole number of persons" -- goes against the meaning of the 14th Amendment and is diametrically opposed to the progress the United States has made since the dark days of slavery. His amendment would be a serious step back for voting rights in the United States because it would mean that for the first time since the 14th Amendment was ratified, the U.S. Census Bureau would be required by law to count certain categories of people differently than others.

Salon agrees that Vitter's amendment calls back to a dark time in U.S. history:

There is also a broader philosophical issue at stake. The United States has wrestled in the past with how to recognize the presence of people whose legal status as citizens the government didn't acknowledge. There is an obvious, but imperfect, parallel here with the infamous Three-fifths Compromise included in the Constitution.

The origins of the compromise were in the ratification process of the Constitution; the southern delegates wanted the slaves held in their states to be counted in full by the census, multiplying the power of the slave-owners' votes. (The slaves themselves, of course, didn't get to cast the votes.) The northern delegates, unhappy about the idea of extending the power of the plantation owners, bargained them down to counting the slaves as three-fifths of a person each.

Obviously, the idea of counting someone as only a fraction of a person is repugnant. But at the heart of the three-fifths debate compromise is the question of who should get to speak on behalf of people deemed unqualified to participate in politics directly. And that's where the 18th century has something to say to the 21st.

A new survey [pdf] by Pew Charitable Trusts examines the 2010 Census preparations in 11 major U.S. cities. According to the report, six of the cities studied - Atlanta, Boston, Chicago, Detroit, Philadelphia and Pittsburgh - have less money and fewer staffers for census outreach and marketing than they did in 2000.

The report found that cities are grappling with the recession and tight budgets, and as a result they are spending much less than they have in the past to encourage residents to fill out the forms. This is important because studies show that state-sponsored community-based outreach, education and awareness campaigns have been important to achieving better counts.

According to the report, without strong outreach and technical preparation these cities would also face greater undercounts of certain groups. As Facing South reported, stakes are high in cash-strapped Southern states, many of which have been undercounted in the past. Southern states and cities have high populations of historically undercounted groups: African-Americans, new immigrants and low-income residents. Undercounts in these communities have prevented states from receiving their fair share of public funding, an increasingly important issue in the midst of the country's deepening economic troubles.

With less funds devoted to outreach, towns and cities may have to rely on more volunteers and nonprofit community and grassroots organizations to fill in the gaps when outreaching to hard-to-count communities. Although with the removal of grassroots powerhouse ACORN, the strain may be heightened at the community outreach level.

Other challenges remain to an accurate 2010 count. Facing South reported on the struggle to ensure accurate counts in Latino and immigrant communities. The Census Bureau and Latino advocacy groups recently launched a campaign aimed at heightening Latino participation.

Civil rights groups and community activists on the Gulf Coast are also urging Census officials to step up efforts to count displaced residents. Groups are also calling for a special census in 2011 or 2012 to count storm victims who return to the Gulf Coast after the April 2010 count. But officials have said a special count is unlikely because of deadlines for congressional redistricting and the extra cost.

The foreclosure crisis has also brought its own slew of problems that could complicate next year's count. As the Associated Press reports, foreclosures will make it tougher and more expensive to get an accurate census count next year as families move in with relatives or are left homeless. Since several million people have lost their houses to foreclosure during the economic recession, some Census mailings will go to these empty homes, especially in hard-hit foreclosure-prone states like Georgia, California, Arizona, Nevada and Florida.

In particular, foreclosures have had a disproportionate impact on communities of color. In houses and rentals where families are doubling up to account for the growing homeless, many people may be reluctant to confess the exact number of persons they have living in a single unit.

These combination of challenges could have a lasting impact on already struggling communities, community groups say. The decline in outreach spending hits just as more hard-to-count and historically undercounted populations -- immigrant, minority, low-income, and Gulf Coast communities -- continue to face challenges due to displacement.