Skip to main content
Join the voice for a changing South.
Donate Today
By Desiree EvansOctober 1, 2009 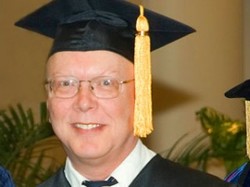 Sparkman's feet and hands were duct-taped, his mouth was gagged and the word "Fed" was scrawled on his chest in red felt-tip pen. Sparkman had been a substitute teacher and had worked for the Census since 2003. He was also cancer survivor, having received chemotherapy for non-Hodgkins lymphoma.

Federal, local and state investigators continue to look into the case, but have yet to offer more details about the circumstances behind Sparkman's death. And while investigators have confirmed the cause of death as asphyxiation, Sparkman's death has not officially been ruled an accident, suicide or homicide, something that has shocked many observers. Earlier this week Bill Sparkman's son Josh Sparkman, 19, criticized investigators for their slow pace and refusal to confirm that his father was murdered.

With vague and little answers coming from investigators, speculation in the media over the past couple of weeks has been rampant. Because the word "Fed" was written on him, a term short for "federal agent," one of the major theories making the rounds is that Sparkman's death is linked to anti-government sentiment, right-wing extremism, or militia groups, especially in light of the first African-American president in the White House.

Officials have said that southern Kentucky is not considered a particular hotbed of anti-government sentiment, but several observers have still wondered what role lawmakers and commentators supporting anti-government rhetoric have played in spreading anti-government hate in already conservative areas of the country.

The Census Bureau has said that they have no information that this event has any implications for the safety of their staff and that assaults on Census agents are extremely rare. Nevertheless, the bureau has suspended door-to-door operations in Clay County until the investigation is over.

Still, some observers worry about the safety of federal workers. As as Ed O'Keefe at the Washington Post cited:

It is a federal crime to attack or kill a federal worker during or because of their job and government employees regularly face threats due to the nature of their work. Officials insist they have no information suggesting Sparkman was targeted because of his federal employment, but the slaying has raised concerns about the safety of federal employees.

Another major theory is that the drug trade may have played a role because the area where Sparkman's body was found has a history of methamphetamine trafficking and marijuana growing.

As The Courier-Journal reported:

Dee Davis, president of the Center for Rural Strategies in Whitesburg in southeastern Kentucky, said Clay County is impoverished and has a "pretty wild history of a black market economy, a drug economy."

"I don't think there is any deep-seated hatred of government there," he said. "Government is not seen as the enemy, except for people who might fear getting caught for what they're doing."

Davis said it was a dangerous time of year for someone to go knocking on doors because marijuana producers are typically harvesting their crop. "It would be reckless."

Kentucky native Al Cross, who is director of the Institute for Rural Journalism and Community Issues at the University of Kentucky, said although the part of Kentucky where Sharpman's body was found was squarely Republican, Obama probably had nothing to do with the census worker's death.

"Clay County is part of that great rural white swathe that begins in western Pennsylvania and goes to Cajun country in Louisiana -- but when you talk about federal activity in Clay County, the thing people are most familiar with is going after marijuana growers," Cross told AFP.

Marijuana is "probably the biggest cash crop in Kentucky", rivaling even tobacco back in the days when it was king, said Cross.
...
Sparkman might simply have knocked on the wrong door at the wrong time, said Cross, describing the area where the census worker was killed as "not the kind of place where you want to blithely go about asking questions about what goes on in someone's household."

Alternatively, Sparkman might not have knocked on the door of his probable killer. "He could have been killed by someone who saw him moving around in this small area and presumed he was investigating, and when they found out or were told that 'that guy works for the federal government' -- that may have been all it took to set them off," said Cross.

Mimi Pickering, an award-winning documentary filmmaker and community media specialist in Kentuky, spoke with New America Media about the death in the context of Appalachia's history and present day circumstances, explaining:

Clay County is one of the poorest in the country, perhaps number one or number two in terms of low income and life expectancy, lower than Cuba or Pakistan. That kind of poverty often leads to black market or underground economy activity. It backs up to the Daniel Boone National Forest, which is a place where a marijuana plant or two might pop up. And there is also the tradition of making moonshine, and the feds are the revenuers.

It is also a county where top officials were indicted and convicted for vote buying of various kinds about six months ago. More recently, there was a drug bust involving lots of pills--Oxycontin, I think.

So perhaps Sparkman just was in the wrong place at the wrong time.

There are people engaged in illegal activities who are going to see anyone working for the government as the enemy.

CENSUS WATCH: Census worker hanged in Kentucky with 'fed' scrawled on his chest