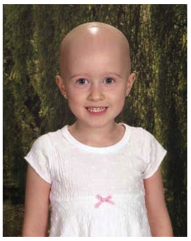 Since a dam burst at its Kingston coal-fired power plant last December and dumped more than a billion gallons of toxic coal ash sludge into a nearby community and river, the federal Tennessee Valley Authority has decided to change the way it stores its coal waste, transitioning from wet landfills like the one that failed to dry storage of ash.

Now a company is pushing a plan to use dry coal ash from the Kingston plant to fill an abandoned coal mine in Tennessee -- but environmentalists are raising concerns about the proposal's health risks.

Smith Mountain Solutions, a company owned by the principals behind Wright Brothers Construction of Charleston, Tenn., has proposed taking dry ash from TVA's Kingston plant and using it to fill a former surface mine 20 miles away atop Smith Mountain in Cumberland County.

The company says it would install a protective synthetic liner first and abide by regulations of the Tennessee Department of Environmental Conservation. Coal ash is not currently regulated as hazardous waste by the federal government, though the Environmental Protection Agency has said it intends to release proposed regulations by year's end.

Smith Mountain Solutions makes the case [pdf] that the plan would benefit the environment by cleaning up the toxic acid mine drainage that now runs from the mine site. Brock Hill, the mayor of Cumberland County, also supports the plan as a way to fix an environmental eyesore, The Tennessean reports:


But many residents stand in opposition, concerned about truck traffic and the potential for air and water pollution from mercury, arsenic and other potentially toxic substances found in ash. They draw support from a list of heavy hitters that includes the Sierra Club and the National Park Service, both of which are partly motivated by wanting to protect the nearby Obed Wild and Scenic River. 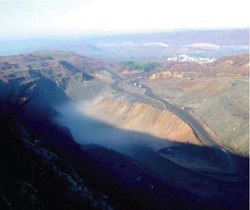 Their concerns include environmental damage and public health threats from contamination resulting from liner failure as well as from airborne coal ash -- a particular concern atop a windy mountain. The photo at left, for example, shows a massive mine pit in eastern Pennsylvania's Schuylkill County that's being filled with coal ash waste; the white cloud inside the pit is dust rising from the ash.

Coal ash contains a number of health-damaging contaminants including arsenic, lead, mercury and radioactive elements (see chart below for more on ash components and their health effects). Children are especially vulnerable to the poisons in coal ash. The photo at top shows a Pennsylvania girl whose severe hair loss and respiratory problems are believed to be linked to exposure to the arsenic and thallium in coal ash waste. 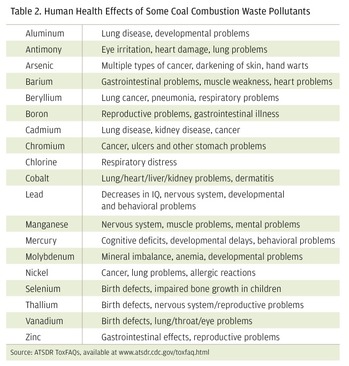 A number of residents of the mountain road leading up to the mine site are also suing over the dumping plans. They include the owner of Black Cat Lodge, a drug treatment center that helps patients recover by getting close to nature. The residents say the mine filling plan has been drawn up without adequate public scrutiny.

Problems associated with dumping coal ash waste into abandoned mines have been documented nationwide. Earlier this year, the nonprofit environmental law firm Earthjustice released a report titled "Waste Deep: Filling Mines With Coal Ash Is Profit for Industry, but Poison for People" that reported on the poisoning of streams and drinking water supplies by the practice.

Earthjustice estimates that about 25 million tons of coal ash waste -- about 20% of all such waste generated -- is dumped into old mines each year. The practice, which is occurring throughout the U.S. coalfields, is embraced by utilities because it dramatically cuts down on coal ash disposal costs.

But a four-year study of coal ash mine fills in Pennsylvania by the Clean Air Task Force found that the practice worsened water quality at 10 of the 15 sites examined, while the other five sites lacked adequate monitoring data to know whether the coal waste was responsible for adverse effects.

The plan being considered for Smith Mountain is different from many mine filling projects in that it includes a synthetic liner as well as a leachate collection system for runoff. However, the U.S. Environmental Protection Agency has acknowledged that most landfills eventually leak.

The leachate collection systems used in landfills are not foolproof either, according to the Environmental Research Foundation. The systems have a tendency to clog up or corrode after a few decades, and the resulting fluid build-up increases the likelihood of liner failure, allowing the coal ash contaminants to come in direct contact with groundwater.

Cumberland County is expected to receive about $1 million a year in dumping fees from the project. But the plan has already cost one of the local leaders politically, as Mayor Hill was replaced as chairman of the county commission last month for the first time in 15 years by a 10 to 7 vote of his fellow commissioners due to his pro-ash dumping stance.

Smith Mountain Solutions initially proposed taking the ash that was spilled in the Kingston plant disaster last December, but TVA chose to dispose of that at the already-permitted Arrowhead Landfill in Perry County, Ala. That decision raised concerns about environmental justice, since Perry County is 69% black with 32% of its residents living in poverty.

Cumberland County, Tenn. is 98% white, with 17% of its residents living in poverty -- a slightly higher poverty rate than the state's 15.8%, according to U.S. Census Bureau data.

(Photos and table from the Earthjustice report "Waste Deep.")