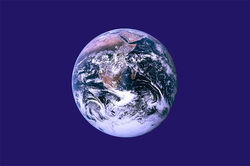 Rank of the United Auto Workers union among the largest financial contributors to the first Earth Day: 1

Estimated number of demonstrators who took part in the first Earth Day: 20 million

Rank of Earth Day among the largest secular events in the world: 1

Estimated barrels of crude oil currently pouring out each hour from an offshore oil drilling rig that exploded earlier this week in the Gulf of Mexico: more than 300

Date on which the Obama administration announced plans to expand offshore drilling to new areas along the South's Atlantic coast and the Gulf of Mexico: 3/31/2010

Year in which demonstrators blocked a shipment of PCB-contaminated soil to a landfill in a predominantly African-American community in North Carolina, sparking the Environmental Justice Movement: 1982

Percentage of residents living within two miles of commercial hazardous waste facilities today who are African-American: 56

Date on which environmental justice leaders called on the Environmental Protection Agency to take action to better protect low-income communities and people of color: 10/27/2009

Rank of Atlanta, Georgia among America's most toxic cities: 1

Increase in the average annual temperature in the Southeast since 1970: 2 degrees F.

Amount by which average temperatures in the region are expected to rise by the 2080s, even if steps are taken to curb carbon emissions: 4.5 degrees F.

Amount by which average temperatures in the region are expected to rise in that period if carbon emissions are not curbed: 9 degrees F.

Rank of the South among least energy-efficient regions of the U.S.: 1

Rank of the 2008 coal ash spill from TVA's Kingston plant in eastern Tennessee among the largest industrial waste spills in U.S. history: 1

Minimum number of states where water supplies have been contaminated by coal ash: 23

Date by which the EPA promised to release a proposed regulation for coal ash, which is currently not overseen by the federal government: 12/31/2009

Date on which EPA announced it was delaying the rule's release amid heavy lobbying by utilities: 12/17/2009

Number of months after the first Earth Day that EPA began operations: 7

(Click on number to go to the original source.)