Skip to main content
Defend democracy in the South.
Donate Today
By AlterNetMarch 16, 2012

As a parent I find it easy to understand the appeal of charter schools, especially for parents and students who feel that traditional public schools have failed them. As a historical sociologist who studies race and politics, however, I am disturbed both by the significant challenges that plague the contemporary charter school movement, and by the ugly history of segregationist tactics that link past educational practices to the troubling present.

The now-popular idea of offering public education dollars to private entrepreneurs has historical roots in white resistance to school desegregation after Brown v. Board of Education (1954). The desired outcome was few or, better yet, no black students in white schools. In Prince Edward County, Virginia, one of the five cases decided in Brown, segregationist whites sought to outwit integration by directing taxpayer funds to segregated private schools.

Two years before a federal court set a final desegregation deadline for fall 1959, local newspaper publisher J. Barrye Wall shared white county leaders' strategy of resistance with Congressman Watkins Abbitt: "We are working [on] a scheme in which we will abandon public schools, sell the buildings to our corporation, reopen as privately operated schools with tuition grants from [Virginia] and P.E. county as the basic financial program," he wrote. "Those wishing to go to integrated schools can take their tuition grants and operate their own schools. To hell with 'em."

Though the county ultimately refused to sell the public school buildings, public education in Prince Edward County was nevertheless abandoned for five years (1959-1964), as taxpayer dollars were funneled to the segregated white academies, which were housed in privately owned facilities such as churches and the local Moose Lodge. Federal courts struck down this use of taxpayer funds after a year. Still, whites won and blacks lost. Because there were no local taxes assessed to operate public schools during those years, whites could invest in private schools for their children, while blacks in the county -- unable and unwilling to finance their own private, segregated schools -- were left to fend for themselves, with many black children shut out of school for multiple years.

Meanwhile, in less blatant attempts to avoid desegregation, states and localities also enacted "freedom of choice" plans that typically allowed white students to transfer out of desegregated schools, but forced black students to clear numerous administrative hurdles and, not infrequently, withstand harassment from teachers and students if they entered formerly all-white schools. When some segregationists began to acknowledge that separate black and white schools were no longer viable legally, they sought other means to eliminate "undesirables."

Attorney David Mays, who advised high-ranking Virginia politicians on school strategy, reasoned, "Negroes could be let in [to white schools] and then chased out by setting high academic standards they could not maintain, by hazing if necessary, by economic pressures in some cases, etc. This should leave few Negroes in the white schools. The federal courts can easily force Negroes into our white schools, but they can't possibly administer them and listen to the merits of thousands of bellyaches." (Mays vastly underestimated the determination of individual black families and federal officials.)

These nefarious motives may seem a far cry from the desire of many charter school operators to "reinvent" public education for students whom traditional public schools have failed. In theory, these committed bands of reformers come with good intentions: they purport to bring in dedicated teachers who have not been pummeled into complacency; energize their students by creating by a caring, rigorous school environment; and build a parent body that is inspired (in some cases compelled) to become more involved in their children's education both inside and outside the school. And in some cases, charter schools deliver what they promise. In others, however, this sparkling veneer masks less attractive realities that are too often dismissed, or ignored, as the complaints of reactionaries with a vested interest in propping up our failed system of public education.

The driving assumption for the pro-charter side, of course, is that market competition in education will be like that for toothpaste -- providing an array of appealing options. But education, like healthcare, is not a typical consumer market. Providers in these fields have a disincentive to accept or retain "clients" who require intensive interventions to maintain desired outcomes -- in the case of education, high standardized test scores that will allow charters to stay in business. The result? A segmented marketplace in which providers compete for the "good risks," while the undesirables get triage. By design, markets produce winners, losers and unintended or hidden consequences.

Charter school operators (like health insurers who exclude potentially costly applicants) have developed methods to screen out applicants who are likely to depress overall test scores. Sifting mechanisms may include interviews with parents (since parents of low-performing students are less likely to show up for the interview), essays by students, letters of recommendation and scrutiny of attendance records. Low-achieving students enrolled in charters can, for example, be recommended for special education programs that the school lacks, thus forcing their transfer to a traditional public school. (More brazenly, some schools have experienced, and perhaps even encouraged, rampant cheating on standardized tests.)

Operators have clear motives to avoid students who require special services (i.e., English-language learners, "special needs" children and so on) and those who are unlikely to produce the high achievement test scores that form the basis of school evaluations. Whether intended or otherwise, these sifting mechanisms have the ultimate effect of reinscribing racial and economic segregation among the students they educate -- as the research on this topic is increasingly bearing out.

In the first decade of the 2000s, charter school enrollment nearly tripled; today around 2.5 percent of public school students are enrolled in charters. Blacks are overrepresented in charter schools (32 percent vs. 16 percent in the entire public-school population), whites are underrepresented (39 percent versus 56 percent), and Latinos, Asians and American Indians are enrolled in roughly equal proportions in charters and traditional public schools. These snapshots mask considerable variation. In the West and some areas of the South, it appears that charter schools "serve as havens for white flight from public schools," according to the Civil Rights Project.

There are also preliminary indications that some charter schools under-enroll students qualifying for free lunch and English-language learners, thereby reducing the enrollment of low-income and Latino students, but data is limited in these areas, as it is on non-test-related factors such as graduation rates and college enrollment. How can we compare the performance of charters versus traditional public schools if we don't know whether they are enrolling the same types of students? At the national and state levels, policymakers are pushing for the rapid expansion of charter schools on the basis of hope rather than evidence.

This points to a larger historical issue. The widespread enthusiasm for and rapid proliferation of charter schools also appears to mirror a persistent issue in American education: expanding new programs before we know if they work, and how successes might be replicated on a larger scale. As the historian Charles M. Payne observed, "Perhaps the safest generalization one can make about urban schools or school districts is that most of them are trying to do too much too fast, initiating programs on the basis of what's needed rather than on the basis of what they are capable of." As charter schools face the uncertainty of contract renewal (which occurs typically at the three- to five-year mark), they may be tempted to overlay a multitude of seemingly innovative instructional strategies without sufficient monitoring of effectiveness.

Some schools do adopt approaches that seem to help students make demonstrable gains in achievement tests. (There are ongoing debates about the extent to which increases in test scores reflect authentic hikes in skills and knowledge, as opposed to a mastery of test-taking techniques.) But even when we identify charter schools that appear to improve performance in relation to students with similar characteristics in the public schools, the question becomes one of scaling up. The concept of charter schools is that they will all be distinctive, with different mixes of students, teaching philosophies, school environments and so on. In theory, other schools -- traditional public and other charters -- will learn what works, and replicate these innovations.

This has proven terribly difficult to do with successful public schools; doing so with a small, idiosyncratic charter school geared toward students who love the cello poses even greater hurdles. When researchers from the RAND Corporation studied charter schools in Philadelphia, they noted that "with so many interventions under way simultaneously…there is no way to determine exactly which components of the reform plan are responsible for [any] improvement" -- though ultimately they found that privately operated schools produced no more successful outcomes than their traditional public counterparts.

As important as applying successful techniques to other schools is an issue at the other end of the spectrum: when to conclude that a charter has failed. Policymakers such as New York Mayor Michael Bloomberg who have sold charters as the route to educational salvation may be reluctant to pull the plug on failures. The Big Apple has closed roughly 4 percent of charters since its first one opened in 1999, well below the national closing rate of 15 percent. The appropriate rate of charter revocation is anyone's guess.

By all appearances, charters will remain on the educational landscape for the foreseeable future. While charter skeptics can't merely wish them away, they can push for greater accountability -- after all, isn't this the whole point of charters? Anyone who blindly accepts that competition will improve education for students in charters and traditional public schools alike should remember that other articles of faith about the market -- like cutting taxes on the rich will make all of our yachts and rafts rise -- have proven illusory.

The market is not a self-regulating mechanism: players need rules to guide their behavior. Educational history offers some valuable lessons to keep in mind. First, when public schools have great influence in selecting their student body, this can either lead to greater diversity and opportunity while retaining choice (as in some magnet schools), or it can exacerbate persistent problems of racial and economic segregation. Businesspeople respond to incentives, and the impetus for charter-school operators is to "skim the cream" and avoid undesirables. Tangible rewards for charter schools to offer free transportation and lunches, and to craft racially and economically diverse student bodies, could be a step in the right direction.

Educational history also teaches us to be wary of the deep and authentic desire to find the "secret sauce" that produces hard-working, high-achieving students and committed teachers. It is not easy to identify the factors that make a school great, and it is even harder to disseminate these reforms widely. If, for example, we discover that Charter School X produces exemplary outcomes because of exceptionally talented, committed teachers and unusually industrious students, how do we go about replicating that -- and at what cost? Are all teachers and students capable of reaching these heights, or is there a limited pool? It would be nice to think the former, but evidence for such optimism is scarce.

There is no magic elixir that will fix our educational system. Of course, we should continue to be open to fresh ideas about improving school organization, teaching and learning. But if we continue to ignore important historical lessons about the dangerous consequences of educational privatization and fail to harness our desire to plunge headlong into unproven reform initiatives, we may discover that the cure we so lovingly embraced has made the patient sicker.

Christopher Bonastia is associate professor of sociology at Lehman College and the CUNY Graduate Center. He is the author of "Southern Stalemate: Five Years without Public Education in Prince Edward County, Virginia" (University of Chicago Press, 2012). 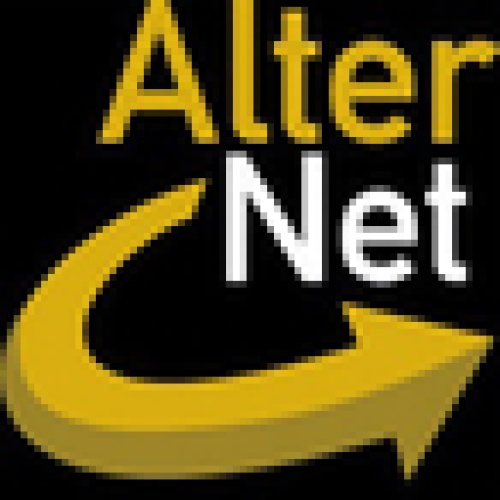 How Trump is hastening the resegregation of Southern schools