Faith and fishing: two central parts of Louisiana's vibrant coastal culture. Every April, going back generations, you can see them intersect in a celebration of bayou life at the annual Blessing of the Fleet in Chauvin, LA. Families welcome the opening of the year's first shrimp season by coming together to pray for family and friends who depend on the seafood industry, and for a healthy ecosystem that yields a bountiful catch.

"We pray for the safety and welfare of all fishermen," said Fr. Frederic Brunet, pastor of St. Joseph Catholic church who has presided over the event for many years. "Bless the shrimp and crabs and help us to catch a lot of them."

This year saw the second blessing since the BP Oil Spill shut down the Gulf fishing industry in 2010. Since then, many shrimpers have reported problems: poor catches and startling irregularities (such as shrimp with no eyes). Fishers working in commercial oyster beds say the harvests are down as much as fifty percent. Many people believe these changes are related to the spill. While scientists question what may be causing these issues (research into the impact of the spill on fisheries is still ongoing), the fears, and the difficulties, remain.

For many years, communities of faith have provided a safety net to fisher families impacted by bad seasons or disasters like Hurricane Katrina and the BP spill. They have also seen firsthand the vital connection between the health of natural resources and the life of the community. When Louisiana's coastal wetlands, the key nursery of seafood across the Gulf, suffer from erosion and pollution, the whole community suffers.

Bayou Grace Community Services in Chauvin (an Oxfam partner) was founded as a disaster relief group, first operating out of a local church, after the 2005 hurricanes. The group later refocused on the biggest issue facing the future of their community: coastal land loss.

"This is an area that has lost 1,900 square miles of coastal land, more man-made land loss than anywhere in the world. How do we change that? It will take national will, the will for a national investment, and a decision that this place is worth saving," said Rebecca Templeton, director of Bayou Grace, which debuted a photo series highlighting why it is worth saving the coast at this year’s Blessing of the Fleet.

Other Oxfam partners -- like Zion Travelers Cooperative Center in Phoenix, LA, led by Rev. Tyronne Edwards, BISCO in Thibodeaux, LA led by Sharon Gauthe, and Mary Queen of Vietnam CDC in New Orleans East led by Diem Nguyen, share similar stories of founding within faith institutions and evolving missions to protect communities and livelihoods along the coast in the face of multiple economic and environmental threats.

This week, these community leaders joined together to send a letter to leaders in the U.S. House of Representatives urging support for the RESTORE the Gulf Coast Act. This bill would invest fines from the BP oil spill into restoring natural resources along the Gulf, and helping create local jobs on restoration projects; the goal is to put fishers harmed by poor catches back to work restoring these resources to protect their communities and help ensure future generations can continue fishing and living along the coast. Rebecca, Sharon, Rev. Edwards, and Diem united their voices with over 140 faith leaders, including national figures like Rev. Jim Wallis of Sojourners, Mitch Hescox  of Evangelical Environmental Network, and Rabbi David Saperstein, Religious Action Center for Reform Judaism. As we noted earlier, The U.S. Senate passed the RESTORE Act as a part of their long-term transportation bill in March.

“We urge you to do what is best for the Gulf Coast – and for all Americans – by working to guarantee that the RESTORE the Gulf Coast Act is signed into law by the President, ensuring a response to the oil spill which is effective, and just, meets the needs of those suffering today while laying a foundation for long-term restoration and renewal,” the leaders say in the letter.

In a breaking development, the Rules Committee in the U.S. House of Representatives today will consider a U.S. House version of the transportation bill (HR 4248), which includes the RESTORE Act. The full House could vote on the bill as early as Wednesday, leading to a conference committee, with both chambers passing transportation bills which include the RESTORE Act.

Passing this legislation in the House will be a critical step towards helping to restore coastal communities and support the livelihoods in the aftermath of our nation’s largest oil spill and the long-term devastation of coastal land loss along the Gulf.

Jeffrey Buchanan is senior domestic policy advisor at Oxfam America. Photo of Fr. Frederic Brunet of St. Joseph Catholic Church at the annual Blessing of the Fleet by Bayou Grace. 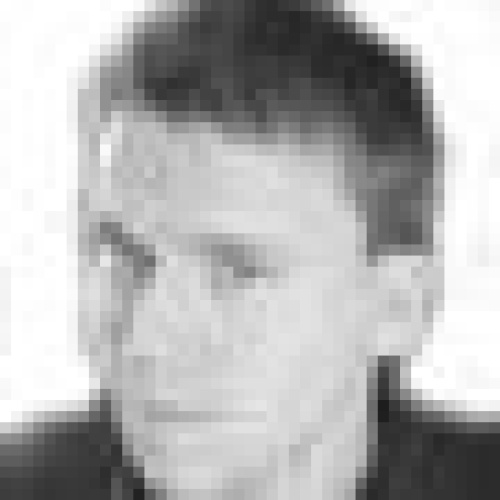