Chokwe Lumumba -- a founder and leader of the Republic of New Afrika, the New Afrikan People's Organization and Malcolm X Grassroots Movement, defense attorney for Tupac Shakur and others, and a first-term city councilman -- is the new mayor of Jackson, Miss.

His June 4 victory is a stirring tribute to the courageous Mississippi civil rights leader Medgar Evers who 50 years ago on June 12, 1963 was gunned down at his Jackson home.

In a stunning turn of events, Chokwe defeated Jackson's three-term incumbent and first African-American mayor, Harvey Johnson; the white Republican-financed young Black businessman Jonathan Lee; and others to win leadership of the city with the second highest percentage of Black people in the United States.

I was privileged to briefly participate in the victory of one of the most radical mayors in U.S. history, right in the heart of Dixie, and to glimpse a new Black-led progressive coalition that intends to fight for the state.

'Impressed with the People'

Jackson has a partisan mayoral electoral system that allows all voters regardless of party affiliation to cast ballots in any party's primary election. This so-called "crossover primary" often enables Mississippi's ultra-conservative white voters and businessmen, with their deep pockets and high-turnout bloc voting, to influence the candidates of both parties.

Not this time. In a reversal, the near unanimous financial and political support that whites gave Jonathan Lee backfired.

By depriving incumbent Johnson of their support, whites inadvertently helped Lumumba upset Johnson in the primary. And in the Lee/Lumumba runoff, the full-throated white backing of Lee helped most Black voters become crystal clear about who he really represented in stark contrast to the powerful progressive grassroots candidacy of Chokwe Lumumba.

Lee flaunted his deep pockets by filling the airwaves with dire warnings of Lumumba's "militancy," "divisiveness" and "anti-Christianity," but a large Black majority went for Lumumba in huge percentages.

Lumumba told the Clarion Ledger, "I was even more impressed with the people and ... their ability to, I think, take on the issues and to see through what I think in many instances was misdirection. They [voters] had a lot of distractions, and they saw through them."

"Mississippi Goddam" persists: About 90 percent of the state's whites regularly cast their ballots for Republicans, thereby continuing the historic dominance of white supremacy in the state. Blacks became the majority in Jackson in the 1980s, but were unable to elect the first African-American mayor until 1997.

Jackson is the capital of the poorest state in the union. Eighty percent of its 188,000 residents are African-American, a percentage surpassed only by Detroit. Despite the growing "reverse Black migration" from the North to the South in recent decades that has lifted the percentage of Blacks living in that region to its highest rate since the 1950s, Jackson is losing population and resources.

The city lost 19,485 white residents from 2000 to 2010, even as it added 7,976 Black residents. While most U.S. cities are experiencing gentrification, Jackson is still dealing with white flight -- and resources are fleeing with them.

But it would be a big mistake to write off Mississippi as redneck Tea Party territory. Mississippi is also the state with the highest percentage of Black voters in the nation, about 35 percent. Black Mississippians have one of the proudest and most courageous histories of freedom struggle in the country.

In fact, the Republicans have a mere three-seat majority in the Mississippi House of Representatives. And, shocking all "common sense" about Mississippi politics, a proposed state constitutional amendment defining "personhood" as beginning at conception and prohibiting abortion "from the moment of fertilization" was defeated by 55 percent of voters in November 2011.

Derrick Johnson, state president of the Mississippi NAACP and executive director of One Voice, which played a key role in defeating the amendment, told me, "Politics in the state are often defined by race or religion. But many people, especially white women, felt that the personhood ballot initiative went too far, and voted against it based on their personal interests. This is promising for the future of Mississippi politics."

The Stars Align in the Primary

Jackson is 80 percent Black, so the Democratic primary is where the main electoral action takes place. However, the wild card is Jackson's crossover primary system that allows any voter to participate in any party primary or runoff. In fact, Mississippi does not require political party registration.

There were numerous candidates on the May 7 Democratic primary ballot for mayor, but four Blacks led the way. Going in, the favorites were incumbent Mayor Harvey Johnson and 35-year-old businessman Jonathan Lee who billed himself as representing a new generation of Black leadership.

As mentioned, white business interests shunned Johnson, and white voters came in big behind Lee by about 90 percent. The Jackson Free Press reported that Lee contributors had previously given more than $1.25 million to Republicans such as Mitt Romney.

Lumumba and Johnson each took about 30 percent of the Black vote, with Lee and Quinn garnering about 15 percent of African Americans.

In an upset, Lumumba managed to narrowly edge out Johnson to make the runoff due to the white racial bloc vote for Lee, the splintering of African-American middle-class voters among all four main candidates, and a big turnout for Lumumba by Black voters, especially in his City Council district, the largely affluent Second Ward.

Upon his election as city councilman four years ago, Lumumba had organized a People's Assembly in the Second Ward to educate and activate his constituents. Four years later that People's Assembly urged Lumumba to run for mayor and helped draft his program, the Jackson Plan. The big turnout was the fruit of that bottom-up nomination process.

Lumumba defeated Lee in 56 of Jackson’s 89 precincts, but white voter turnout was more than twice that of Blacks. In the four highest-percentage voting precincts in the predominantly white Wards 1 and 7, Lee crushed Lumumba 2,087 votes to 20.

Jackson voters signaled that they wanted new leadership, but the question was, who would turnout to vote and what kind of new leadership did they want: the activist veteran Lumumba or the business candidate Lee?

Down and Dirty Runoff

The challenge facing Lumumba in the runoff was daunting. Overall he was outspent by Lee $410,109 to $100,710. And to win he had to turn out and carry virtually all of the Black voters who had supported incumbent Johnson and attorney Quinn in the primary.

Surprisingly he accomplished both, winning the Democratic runoff by 54 to 46 percent (3,000 votes) despite an enormous white turnout for Lee.

The runoff campaign quickly got nasty, as Lee choked the airwaves with claims that Lumumba was an "un-Christian" (read Muslim) "militant" non-Democrat who would "divide the city." Lumumba regularly introduced himself as "the Christian brother with an African name" and claimed a track record of fighting for change in the "militant" tradition of Dr. King and Medgar Evers. He called himself a Freedom Democrat in honor of Fannie Lou Hamer.

Lumumba was a brilliant candidate whose personality and record undercut Lee's charges. He is remarkably articulate, cool and inspirational. At 6 feet 4 inches and a salt-and-pepper 65 years of age, he cuts a distinguished, athletic figure.

Lumumba has a documented and well-known lifetime record of achievement as an attorney and activist as well as city councilman. His high energy, all-volunteer campaign was untraditional, but it did the most important thing: It connected with Black voters.

Barack Obama long ago disabused African Americans (though not white Republicans) of the notion that an African name means that a person is a Muslim. Soft spoken and elegant, Lumumba belied the scary militant Muslim label that Lee broadcast and inspired confidence among Black voters.

Lumumba coolly suggested to the Clarion Ledger that race had been "used as a weapon to muster up troops" against his candidacy, because he wants to promote prosperity for all, instead of protecting the business interests of a privileged few. "The real issue shouldn't be defined that way (in racial terms)," he said. "It should be defined as trying to improve the overall economic health of the entire community."

Lumumba and the People's Assembly had crafted a program called the Jackson Plan to do just that, but Lee studiously ignored it in favor of slander.

Indeed Chokwe and the Malcolm X Grassroots Movement in Jackson put the lie to the stereotype of the divisive revolutionary Black militant that is too often shared by progressives, even progressive people of color, as well as conservatives.

At the same time, Lumumba's charge that Lee was primarily backed and paid for by white business and white Republican voters struck a chord with Black voters of all classes as well as politicians. Although it endorsed incumbent Johnson in the primary and was neutral in the runoff, the Jackson Free Press meticulously documented Lee's Republican business ties, his white voter support and the numerous lawsuits against his business.

Significantly, the legendary grassroots organizer Hollis Watkins worked for Chokwe from the beginning, and Congressman Bennie Thompson, the most powerful Black politician in the state, rallied to Lumumba's support in the runoff. Thompson, the only Democratic congressperson from Mississippi, and Watkins, who has earned tremendous moral authority for his non-stop, courageous organizing from the Student Nonviolent Coordinating Committee in the early 1960s up to today, gave Lumumba a crucial imprimatur of approval and confidence and mobilized substantial resources to his side.

In short, Lumumba was able to build a powerful campaign that united the city's multi-class Black voters.

It is important to note, however, that the small percentage of white voters Lumumba won were also crucial to his slim 3,000 vote margin of victory. A determined band of white campaigners flanked Lumumba and fought hard to achieve this important result.

Having put all its eggs in the Lee basket, the Republicans did not muster a candidate of their own in the general election of June 4. And they were too demoralized to re-mobilize behind one of the three unknown independents. Lumumba was officially elected mayor in a landslide.

His election is a lightning bolt: Has anyone with Lumumba's deep radical political history and who still leads a radical black organization ever been elected mayor of a significant U.S. city?

Chokwe Lumumba and his allies now face the formidable task of governing a very poor city in the heart of Dixie. They will need all the support we can give them. Lumumba's victory should give impetus for progressives throughout the country to rededicate to the crucial importance of the battle for the South.

Indeed the fight for peace, racial and economic justice is vacuous without a commitment to fight for the South. The South is the historic home of racism, poverty and militarism and the base of the reactionary rightwing. But it is also home to a growing majority of African Americans and rapid demographic and social change that, despite outward appearances, is undermining white solidarity state by state at different paces.

Mississippi's progressives are determined to enhance the power of Blacks, win back the House and transform Mississippi into a battleground state in the years to come. The defeat of the personhood amendment and the election of Chokwe Lumumba are hallmarks of this process, and give renewed impulse and energy to recent motion of social justice forces throughout the country to make electoral work a key part of our struggle for freedom.

Bob Wing has been an organizer and writer since 1968, and was the founding editor of ColorLines magazine and War Times/Tiempo de Guerras newspaper. He traveled from his home in Durham, N.C. to spend eight days working to elect Chokwe Lumumba during the runoff election. The author thanks Ajamu Dillahunt, Makani Themba and Derrick Johnson for their editorial suggestions. 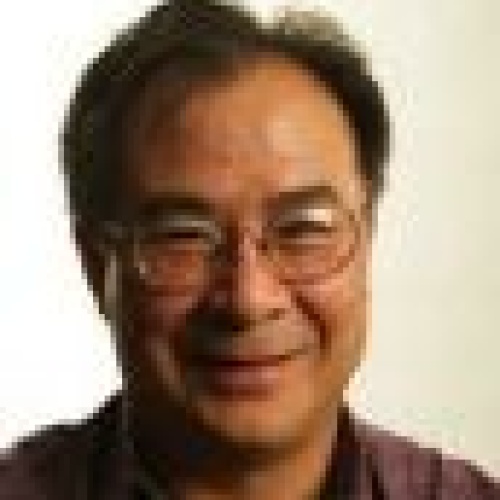 VOICES OF RESISTANCE: Centering the needs of Black women in Mississippi

Blocking the youth vote in the South