Skip to main content
Defend democracy in the South.
Donate Today
By ColorlinesAugust 6, 2013

President Lyndon B. Johnson met with Rev. Dr. Martin Luther King Jr. at the signing of the Voting Rights Act on Aug. 6, 1965. This week a federal appeals court cited the landmark civil rights law in its decision to strike down Texas' strict photo ID requirement for voters. (LBJ Library photo by Yoichi Okamoto.)

Today marks the 48th anniversary of the signing of the Voting Rights Act into law by President Lyndon B. Johnson, after months of civil rights organizing, sit-ins, bloodshed and deaths compelled the federal government to intervene in the struggle against Southern states that were denying African Americans the ballot. It’s hard to celebrate this since the U.S. Supreme Court went all Mortal Kombat on the Voting Rights Act, pulling out its heart, the coverage formula for Section Five’s preclearance provision. But fortunately it wasn’t a fatality. The Voting Rights Act’s remaining organs remain intact, and the SCOTUS ruling has not dimmed the resolve of American citizens who’ve been rallying like revolutionaries to protect civil rights. Below are five reasons to celebrate the spirit of the Voting Rights Act on its 48th birthday, despite the right-wing attacks to finish it.

1. Eric Holder — He was supposed to have retired from the Justice Department already. But AG Holder is proving to be an OG on the civil rights battlefield. Along with President Obama, Holder has vowed to defend and enforce what remains of the Voting Rights Act by any means necessary. Considering previous attorneys general have left voting rights hanging, we couldn’t have a better Justice Department right now.

2. Moral Mondays — Florida, Texas and Ohio are probably hype right now about North Carolina. The former three states have been the historical posterkids for voting rights violations. But now North Carolina has overtaken the stage, front and center, for proposing and passing the most restrictive elections policies in the nation. Rev. William Barber has been leading the state NAACP, the historic “HK on J” coalition, the “Forward Together” movement, and thousands of North Carolina residents in weekly peaceful and prayerful demonstrations at the state’s legislature building to protest voter suppression. Hundreds have been arrested, including celebrities and journalists. And even though the state general assembly ended session last week, the Moral Mondays protests are continuing in other cities.

3. Dream Defenders — Go ahead and scold them for wearing their pants sagging. One thing youth of color have been standing upright on is the fight against the criminalization of what many are calling the “Trayvon Generation.” There are many examples of these new young warriors, but one of the more visible symbols these days is the Dream Defenders, a coalition of Florida youth advocacy groups who’ve been organizing around unjust laws like “Stand Your Ground” gun policies for over a year now. The Dream Defenders have been camped out at the Florida Capitol building in Tallahassee for four weeks, joined by civil rights leaders like Jesse Jackson and Harry Belafonte. This week they will be joined by rapper Talib Kweli, League of Young Voters executive director Biko Baker and the aforementioned Rev. William Barber, all to draw attention to civil and voting rights violations in the state.

4. The Democracy Initiative — The green movement has been long criticized for silo-ing themselves off from the non-environmental issues that plague communities of color. After witnessing the attack on voting rights, and realizing it may be impossible to enact a green agenda when democracy itself is compromised, environmental organizations like Sierra Club have now joined the voting rights fight. They are joined, also, by groups that focus on Latino interests, immigration rights, labor rights, marriage equality and concerns of the gay and lesbian communities — all banded together in the wake of the SCOTUS ruling on the Voting Rights Act. Many of them are part of a coalition called The Democracy Initiative, which includes the NAACP, which has vowed to fight the conservative attack on voting rights as a united front.

5. The NAACP Legal Defense Fund — In many ways, this fight for voting rights protections for African Americans began with the NAACP LDF, and they have remained at the leadership of that fight. Ever since the 1944 Smith v. Allwright case, which the late former LDF attorney Thurgood Marshall called one of the “most important cases” in civil rights history, they’ve been involved in almost every major court case involving the Voting Rights Act, including the Shelby v. Holder Supreme Court hearing in February. NAACP LDF president Sherrilyn Ifill provided the blueprint for defending voting rights in Colorlines last month. Given their history of victories on this front, it’s worth feeling optimistic that though things still aren’t all right, there are still gladiators who refuse to back down. 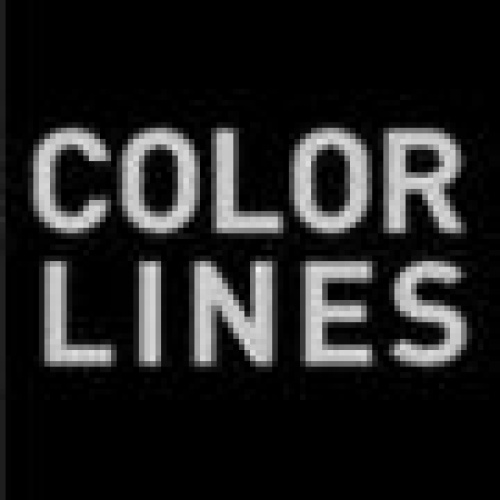 'This is our Selma': Prayers, marches, teach-ins planned as NC voting restrictions go on trial