Skip to main content
Join the voice for a changing South.
Donate Today
By The South LawnSeptember 11, 2013

The labor movement needs to undertake an effort like the Congress of Industrial Organizations' Operation Dixie, the largest unionization drive in the South to date. (Photo by ncculture via Flickr.)

By Douglas Williams and Cato Uticensis, The South Lawn

There are no fortresses for labor; no metaphorical stone walls that we can shelter ourselves behind to try and ride out the onslaught. MaryBe McMillan, secretary-treasurer of the North Carolina AFL-CIO, said that we must "Organize the South or Die," and she is absolutely correct. The fact of the matter is that without a deliberate, concerted effort to organize in the states of the old Confederacy, there will not be a labor movement worth speaking of within the next ten years, and all the gains for working people that brave men and women fought and bled and died for over the past century will be clawed back by rapacious corporate oligarchs bent on societal domination.

The notion that this is a crisis is massively underselling the problems facing labor, both organized and unorganized, right now. The destruction of PATCO, the air traffic controllers union, in 1981 was a crisis. The passage of the North American Free Trade Agreement through a unified Democratic federal government in 1993 was a crisis. The recent "Civil Wars in American Labor" between the Service Employees International Union, the National Union of Healthcare Workers, and UNITE HERE were a crisis. What the union movement faces right now is not a crisis, it is nothing less than a threat to the existence of unions in their present form, and with that comes a threat to the very basic minimums all workers in the United States can rely upon.

As we discussed in our previous piece, there is a cultural void in the South when it comes to labor. What we didn't do is go into detail on why that is. There is a long and ignoble tradition in the South of active repression of workers organizing. Much of this tradition was exercised against the Congress of Industrial Organizations (CIO) in the largest unionization drive in the South to date: Operation Dixie.

Operation Dixie was conceived because of a problem that may sound familiar to many today: companies were shifting their operations from the heavily unionized North and Midwest to the South, where unionism had comparatively not taken hold. The predominant focus of the campaign was on the burgeoning textile industry in the South, which stretched largely from the Carolinas through Alabama, as well as the wood products industry. The CIO committed 250 organizers and around $1 million in 1946 (about $12 million in 2013) to set about attacking the largest firms and the most recalcitrant workers within those firms. The organizers came from across the industrial spectrum, and the citizens' committees were surprisingly diverse for the times, including workers from across the racial barrier, religious leaders, and recent veterans of World War II. It was a campaign that held much promise, and a victory in Operation Dixie would go a long way towards building a powerful labor movement in every corner of America. However, while there were some successes in organizing tobacco workers and workers in other smaller industries, the effort to unionize the textile and wood products industries were largely dead by the end of 1946.

Where did Operation Dixie go wrong? How did it fail? The biggest reason for its failure was the lack of preparation for the power of the business-carceral alliance: the cooperation between law enforcement and industry whose primary purpose was preventing the ability of their workers to collectively bargain. This alliance worked in numerous ways; the detaining of organizers, the harassment of pro-union workers, and the refusal to prosecute crimes committed against both groups (even murder) created an atmosphere of fear that kept many workers from signing up for the union from fear that they would be placed in the crosshairs of this powerful alliance. The organizing of workers across racial lines also caused problems, with the interracial organizing that was occurring being compared to a Communist takeover of Southern industry. Red-baiting was frequently deployed by the business-carceral alliance ... and the American Federation of Labor (AFL).

Another obstacle to organizing in the South was the conservative AFL, which used Red-baiting tactics later seen by the likes of U.S. Sen. Joseph McCarthy (R-WI) in order to turn public opinion against the CIO's organizers. Interestingly enough, at same time that then-AFL President William Green was using Red-baiting and race-baiting to halt the CIO's progress in the South, he steadfastly refused to assist the Florida labor federations' attempt to stop the first right-to-work statute in the United States from becoming law in 1946. Green's tepidness in Florida combined with the passage of the Taft-Hartley Act made it more difficult to sustain the successes that the CIO managed to wring out, as right-to-work laws spread like a fever across the South. The final reason that this did not come to pass is a simple one: a lack of resources. The amount of money and organizers committed to this project was tepid at best, and in many places, the union's presence was stretched thin while it weathered attacks from the House Un-American Activities Committee (HUAC) and the AFL at the same time. When the CIO's balance sheet for Operation Dixie showed a deep hue of red, resources were cut back dramatically and eventually ended, as was the campaign itself.

There is so much more that can (and will) be said about Operation Dixie, but that will be at a later date. What we need to talk about is labor's future in the South. In the wake of the recently-passed Resolutions #16 and #26 at the 2013 AFL-CIO Convention, it's clear that the movement grasps the need to build power in the South and is willing to contemplate significant action to do so.

What is needed is nothing less than a bigger, modern-day Operation Dixie. Anything less would make these resolutions paper tigers: fine rhetoric that has been heard before with no chances taken or resources committed behind it. In some ways, the plan we propose is even more ambitious than the original Operation Dixie:

* The AFL-CIO should, over a six month ramp-up period, hire one thousand organizers, half drawn from existing rank-and-file activists, half drawn from young activists who support the kind of worker self-determination that the AFL-CIO ultimately stands for. This massive hiring would exhaust the supply of organizers with union experience looking for work. Other organizers, such as those with experience doing field work for Democratic political campaigns or those who have worked for public interest research groups (PIRGs), would be a good place to staff up once all experienced union organizers were brought on board. However, all people hired for this project who have not either been a rank-and-file activist or on staff as an organizer for a union would have to go through a training run by the Organizing Institute to guarantee a minimum of capability.

* Experienced organizers already working for AFL-CIO affiliates or with extensive experience in the movement would be shifted over or hired on to this project to provide day-to-day supervision of this cadre of activists, with regular local oversight of this project performed by the Central Labor Council (CLC) of the area it is operating in. The reason for the CLC performing oversight is twofold: it allows international unions, through their locals, to ensure their specific concerns with regards to this project are addressed regularly, and it allows union workers direct oversight over this work, as CLCs are the most elemental representative body within the movement.

* Once this project reaches 85% staffing levels, the AFL-CIO would commit to keeping the resources for this effort in place for no less than four years, after which the Executive Council would decide to re-authorize, modify, or end this project in its current form.

* The South would be divided up into seven regions and would have seven regional offices from which this project would be directed for the duration, with other offices opened as organizing campaigns dictate. The headquarters for this effort would be in Atlanta, GA, and that office would oversee the operation across Georgia. Other regional offices would be based in Raleigh, NC (covering North Carolina, South Carolina, and Virginia), Birmingham, AL (covering Alabama and Mississippi), Tampa, FL (covering Florida), Baton Rouge, LA (covering Louisiana and Arkansas), Nashville, TN (covering Kentucky and Tennessee), and Austin, TX (covering Texas).

* The importance of developing relationships with community groups is difficult to overstate. As such, this project would work to cultivate relationships with faith leaders, local environmental organizations, and other progressive political organizations in the South to address the needs of workers outside of the workplace and in their homes and neighborhoods. It would also work to shepherd the expansion of alt-labor groups like Working America in the places where it's operating.

This is a monumental undertaking, and it will mean other worthy efforts will go under-resourced while this project is operating, but there is no other way forward. With a Democratic President, a Democratic House, and a Democratic Senate, we could not get the Employee Free Choice Act through at the federal level, and anti-union policies continue to advance through state legislatures. Unless we rebuild our power in a big way, there is no way forward for any of the significant improvements to public policy that the labor movement would like to see. Everything from an increase in the minimum wage to labor law reform will rot in committee while things get worse for working people in this country.

We make this proposal knowing full well the kind of resources it will take to carry this monumental effort forward. However, the time for quarter-assing things has long since passed and the hour is late for labor. It takes bold moves to counter bold foes, and foes like Art Pope, David and Charles Koch, Eli Broad, and the Walton family are nothing if not bold. The only alternative to a monumental effort like the one we are outlining is a too-timid outing that will only delay and not reverse (or even arrest) the labor movement’s accelerating decline into extinction.

Goldfield, Michael. "Race and the CIO: The Possibilities for Racial Egalitarianism During the 1930s and 1940s." International Labor and Working Class History 44 (1993): 1-32. Print. 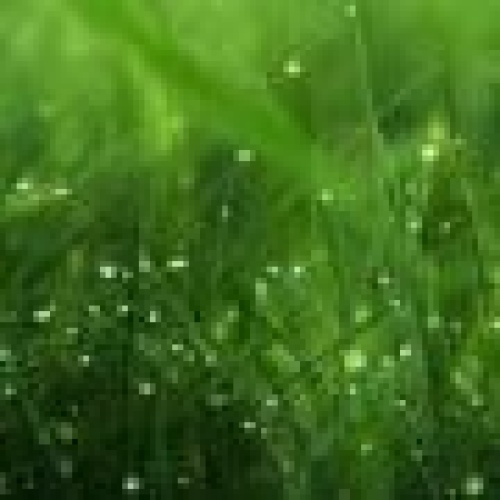