Starting in the 1970s, the UAW repeatedly tried to organize auto workers in the South and in neighboring states like Oklahoma.

All eyes are on Chattanooga, Tenn. as 1,500 Volkswagen workers file into voting booths this week to determine whether they will be represented by the United Auto Workers.

Unlike most U.S.-based employers, Volkswagen has remained neutral on the question of unionization, in part hoping that its workers could then legally form a works council like other VW workers around the world. Tennessee Gov. Bill Haslam (R) and U.S. Senator Bob Corker (R-Tenn.) are trying to convince the workers to vote no, and some local elected officials are now threatening to yank VW's tax subsidies for a plant expansion if the workers go union. Meanwhile, anti-tax crusader Grover Norquist put up 13 billboards and ran TV ads against the union. Clearly, American businesses and their elected supporters only like globalization when it works in their favor.

Reporters have gotten one thing wrong about this vote. If the VW workers vote "yes," theirs won't be a first unionization win for Southern auto workers. The issues around neutrality, local opposition and auto workers' union rights have played out in the South before.

Starting in the 1970s, General Motors began to build most of its new assembly and parts plants in the South, opening 11 new plants below the Mason-Dixon line by 1978. When workers at three of the plants tried to organize a union with the UAW in Clinton, Miss. and Fitzgerald, Ga. in 1974 and 1975, the company responded with anti-union leaflets, meetings and threats. However, the UAW had great power within GM at that time as it represented the vast majority of its 450,000 U.S. hourly workers. It used a "mini-strike" to force GM to agree to a neutrality agreement in 1976 national contract negotiations.

The next five years were tense ones as the UAW repeatedly tried to organize in the South, and the local management often ignored the company's official neutrality policy. At Guide Lamp near Monroe, La., workers voted 323-280 in favor of the union in late 1976, despite what UAW supporters described as company efforts to screen out pro-union workers in the hiring and training process. Billboards popped up there, too. "Give Yourself a Christmas Present -- Vote No on Dec 22" read roadside signs put up by the Louisiana Association of Business and Industry, a group that had spearheaded a successful "right-to-work" drive. When workers got their first union contract, their wage increase was more than $80 a week, not small potatoes in 1977.

But the UAW was not able to get traction at any of the other parts plants in the South. As GM built a major assembly plant in Oklahoma City, the union was particularly worried that the softness of the neutrality agreement would hurt its chances there.

It turned out that the Oklahoma City vote was scheduled a mere two days after the start of 1979 GM/UAW negotiations. Industry analysts expected UAW to pick GM as the lead for the Big Three pattern bargaining that year, and they expected a strike. Meanwhile, the Carter administration knew that the negotiations had the potential to wreck what was left of its wage and price guidelines with which it was vainly trying to address inflation.

The UAW threw down the gauntlet. President Doug Fraser went through the ritual hand shake and opening meeting, but then walked out of negotiations until GM agreed to send top officials to Oklahoma City to investigate charges that managers had handed out anti-union T-shirts and leaflets. The gamble worked, and Oklahoma City workers voted 1,479 to 658 for the union. Workers at GM's Delco Electronics followed suit in Shreveport, La. in early 1979.

However, the UAW was never able to get real traction in the Southern auto plants. Workers voted against the union three times at a steering-gear plant in Saginaw, Ala., in 1981, for instance. Many analysts pointed to the loss as evidence of Southern workers' resistance to the union. Yet the National Labor Relations Board overthrew the first two elections in Saginaw, because it found that GM officials were supporting a workers' anti-union committee in the first, and because it found evidence that someone had forged a union organizers' name on a KKK membership card in the second. Here, too, a local business group opposed the union, and pointed to its own role in securing nearly $300,000 in tax breaks for GM. Clearly, these were not cases of neutrality at work.

What's happening this week in Chattanooga brings into the sunlight the kind of pressures that U.S. workers have routinely endured behind the scenes en masse since the 1970s. Today, a full 57 percent of employers threaten to shut down if the workers voted for a union, and 34 percent illegally fire workers for union support, according to a Cornell University study by Kate Bronfenbrenner, who looked at 1,000 union elections over a five-year period. In Chattanooga, however, the company seems to be truly neutral on the question of unionization, at a level not reached by GM in the 1970s. That has left it to right-wing elected leaders and national-level campaigners like Norquist to run in the public eye the kind of anti-union pressure campaign that workers normally face quietly and alone.

All eyes are on Chattanooga this week. As VW workers walk into the voting booths, they carry much history on their shoulders.

Lane Windham is a PhD candidate in U.S. history at the University of Maryland and a former union organizer in the South. 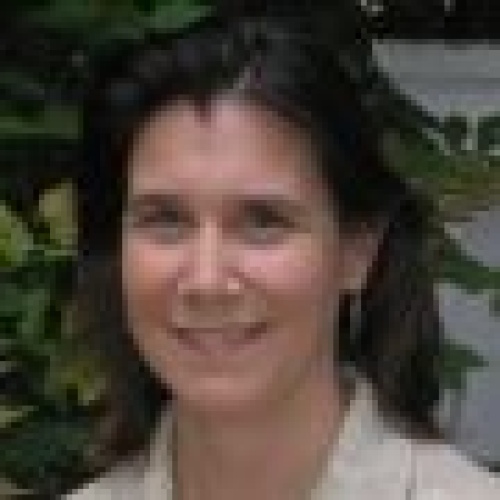