In the 1800s, the Black Belt area of Dallas County, Alabama -- home of Selma -- was one of the most prosperous areas in the country, enjoyed by the white elite. Today it has the highest poverty rate in the state. (Photo: Chris Kromm/Facing South)

SELMA, Ala. -- TV cameras and celebrities descended on Selma over the past week for the 50th anniversary of the famous series of civil rights marches here.

Most of the attention and network footage has focused on the Edmund Pettus Bridge, the iconic site of the "Bloody Sunday" clash on March 7, 1965 between demonstrators and Alabama officials that helped generate national support for passage of the Voting Rights Act.

But Selma isn't just a memorial site: It's a struggling, majority-black city that brings into sharp relief the conflicted legacy of the 1960s civil rights movement.

In the late 1800s, Dallas County where Selma is located was the fourth-richest area in the country -- wealth enjoyed exclusively by the white elite. Today the county has the highest poverty rate in the state, nearly 37 percent, emblematic of the ongoing struggles in the South's Black Belt region.

Here are some people and places that I encountered while exploring Selma and the surrounding area that weren't in the media spotlight but which offer glimpse of the state of things 50 years later:

In 1965, Selma was about half-white; today only 18 percent of residents are. Many affluent whites live near the Selma Country Club, located just west of downtown and the Edmund Pettus Bridge. Gay Talese of The New York Times remembers watching country club members "hiss at at the television" during the marches in 1965. When I visited, everyone on the grounds was white. The Los Angeles Times reports that the club today doesn't have a single black member. 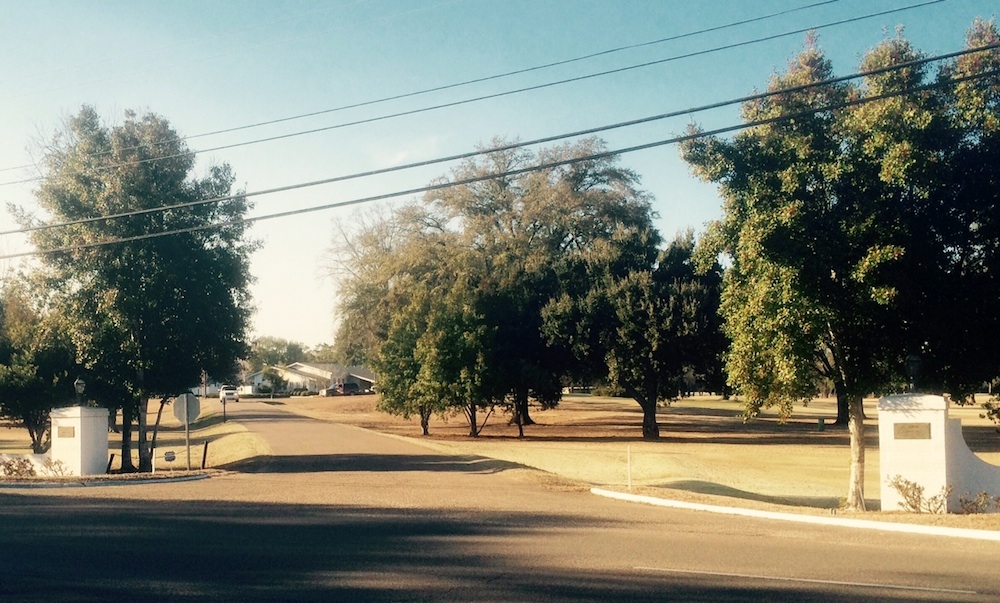 Across the street from the country club is Live Oak Cemetery, divided into "Old" and "New" sections. On the Saturday President Obama spoke in Selma, I found several white residents working on the Confederate Memorial Circle in the Old cemetery. In 2012, protests erupted when whites moved a statue of Confederate and Klan member Gen. Nathan Bedford Forrest to the site; at one point the bust was stolen off of Forrest's statue. Todd Kiscaden, a member of Friends of Forrest working on the site when I arrived, told me they're finishing a "major renovation" they aim to finish by May 2015, in time for the 150th anniversary of the Battle of Selma. As I drove away, Kiscaden said "Come back in May and see us!" 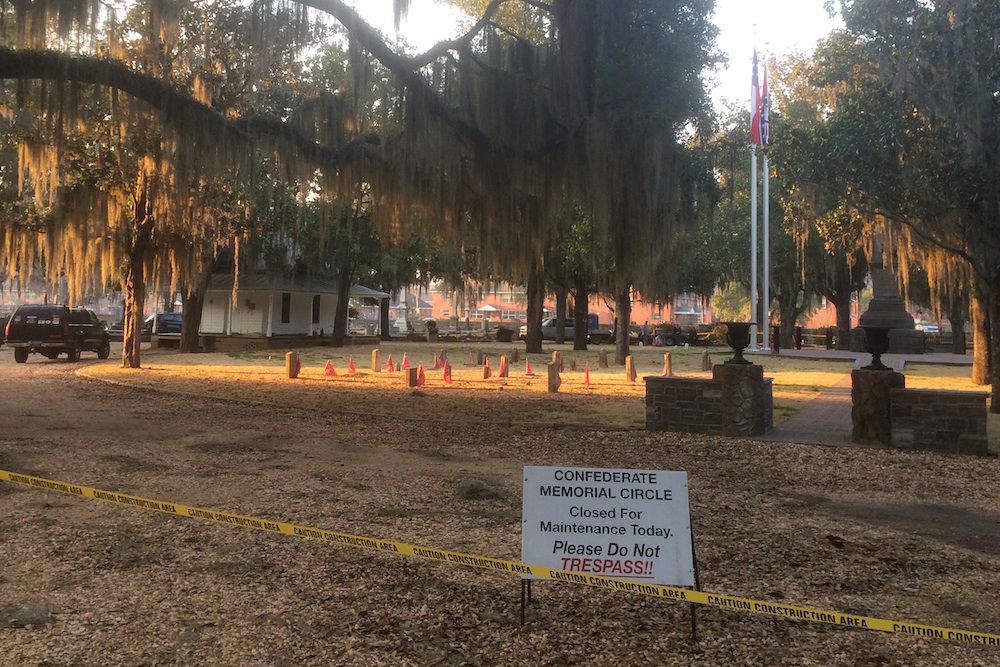 Rolling under the Edmund Pettus Bridge is the Alabama River. A recent report found Alabama to have the third-most toxic waterways in the country, including the lower sections of the Alabama. The biggest employer in Dallas County is International Paper Co.'s Riverdale Mill, which ranks 21st in the state for toxic releases -- more than 1.3 million pounds annually (although some have applauded the company's pollution-reduction efforts). The short-changing of the environment for economic development usually affects poor and black communities the most: Just north of Selma, majority-black Perry County -- where local civil rights activist Jimmie Lee Jackson was murdered in 1965, helping spark the Selma protests -- became the dumpsite for toxic coal ash spilled in 2009 in Tennessee. The dump is the target of civil rights complaint. 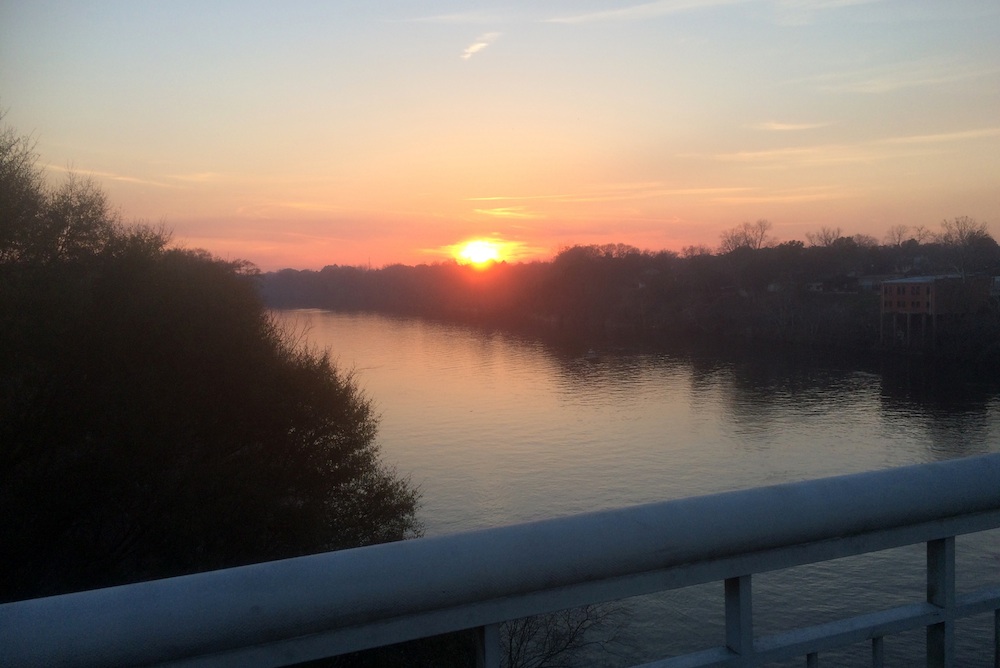 Just east of Selma is Lowndes County, which in 1965 was 81 percent black but had no African-Americans registered to vote (white voter registration was infamously 118 percent). Members of the Student Nonviolent Coordinating Committee used the Selma to Montgomery March to lay groundwork for the Lowndes County Freedom Organization (LCFO), a black-led alternative to the segregated Democratic Party. Organizers held daily voter registration drives at Mt. Gillard Baptist Church off Highway 80 (pictured below) before setting up the LCFO "Freedom House." The mascot for the white Democratic party was a rooster; for its symbol the LCFO adopted a black panther, leading the group to eventually change its name to the Black Panther Party (a name later borrowed with permission by Huey Newton and others for the group in California of the same name). 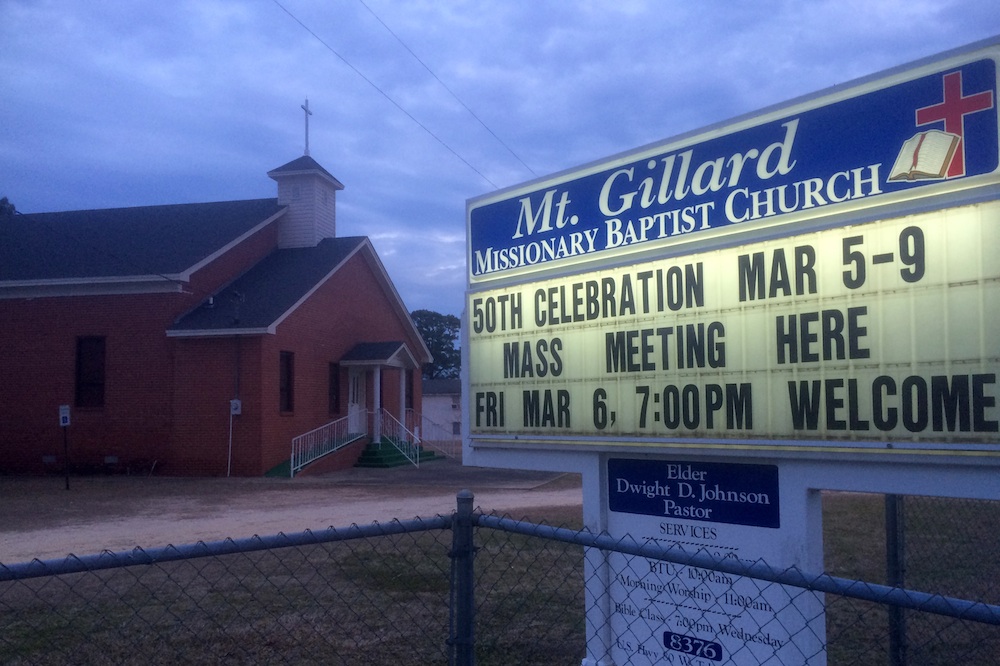 All photos by Chris Kromm/Facing South.