A new paper details how the retail industry perpetuates racial inequality and discusses policies to promote fairness. (Photo by Walmart via Flickr.)

A new paper from the think tank Demos and the NAACP examines race in the retail industry, finding major inequities between black and Latino workers on the one hand and their white counterparts on the other.

Consequently, black and Latino retail workers are far more likely to live in or near poverty than their white peers, as shown in this graph from the Demos/NAACP report: 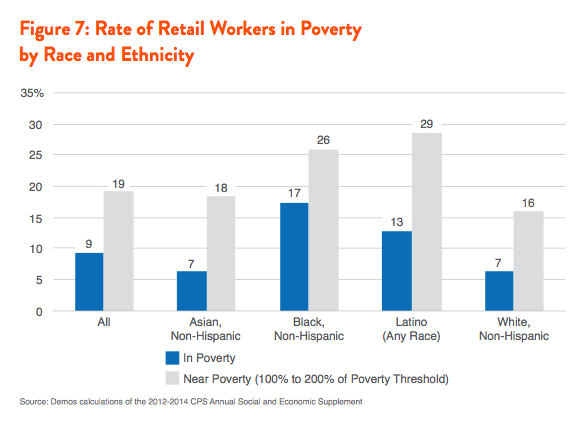 These findings have important implications for the South, with an economy dependent on retail work. This map from the federal Bureau of Labor Statistics shows the employment of retail salespersons by state: 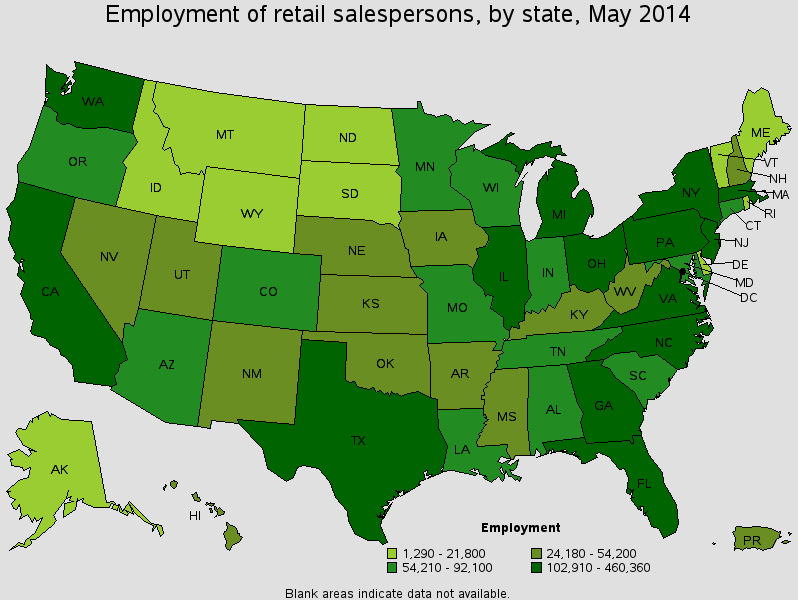 The following chart shows the five states with the highest level of retail employment. Note that in Florida, retail accounts for 43 of every 1,000 jobs -- far more than in the other states.

But while Southerners are dependent on retail jobs, the wages for those jobs are lower there than in other parts of the country, as shown in this BLS map: 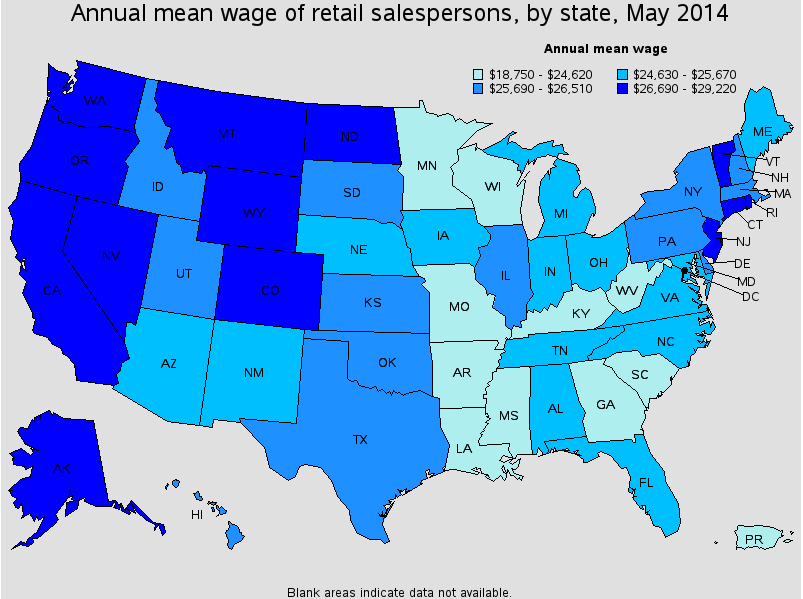 The Demos/NAACP report offers policy solutions to address the retail industry's racial inequities. For starters, it points out that a raise to $15 a hour would affect 70 percent of black and Latino workers, cut rates of working poverty for the entire retail workforce in half and shrink the racial wage gap. It also notes that introducing fair scheduling practices would improve working conditions while contributing to equal opportunity.

"The striking persistence of racial inequities in employment is present in the retail industry and beyond, but these norms do not have to continue," said Catherine Ruetschlin, a senior policy analyst with Demos and author of the report with the NAACP's Dedrick Asante-Muhammad. "Moving forward requires real commitment on the part of employers to ending discriminatory practices, expanding opportunities, paying living wages and offering stable, adequate hours for all retail workers."

INSTITUTE INDEX: Taking the Fight for $15 to the heart of the old Confederacy

INSTITUTE INDEX: The case for raising the minimum wage