In June 1963, Alabama Gov. George Wallace, in defiance of federal court rulings striking down segregation, stood in a doorway at the University of Alabama to stop black students from enrolling. Some contemporary conservative leaders are following in Wallace's footsteps by rejecting the Supreme Court's legalization of same-sex marriage and trying to block its implementation. (Photo by Warren K. Leffler, U.S. News & World Report, via Wikipedia.)

Nullification is the controversial legal theory that a state has the right to reject a federal law that the state has determined to be unconstitutional. After the Supreme Court struck down segregated schools in Brown v. Board of Education in 1954, many Southern politicians argued that the ruling was unconstitutional and refused to enforce it. Among them was Arkansas Gov. Orval Faubus, who blocked the integration of Little Rock School District, spurring President Eisenhower to send federal troops to enforce the court's ruling. That crisis led to the 1958 case Cooper v. Aaron, in which the Supreme Court ruled that state attempts to nullify its rulings were inherently unconstitutional.

Though ultimately defeated, many state officials did not give in quietly to federal authority. That sentiment of resistance was perhaps most strongly expressed by Alabama Gov. George Wallace, who in his 1963 inaugural address declared his intention to uphold "segregation now, segregation tomorrow, segregation forever." In June of that same year, Wallace stood in front of the door of an auditorium at the University of Alabama in a symbolic attempt to block the enrollment of black students, leading President John F. Kennedy to federalize the Alabama National Guard and through its commander order Wallace to step aside. Three months later, Wallace tried to prevent black students from enrolling in public schools in Huntsville, leading a federal court to intervene on the students' behalf.

The failed policy of nullification has come up again in the wake of the Supreme Court's June 26 ruling striking down state bans against same-sex marriage. A handful of Southern politicians have dug up arguments used by Faubus, Wallace and others to condemn the ruling, arguing that the Supreme Court's decision usurps states' rights. The following list, though not exhaustive, includes some of the most vocal opponents of the decision and their plans for fighting the Supreme Court in the spirit of Southern nullification. 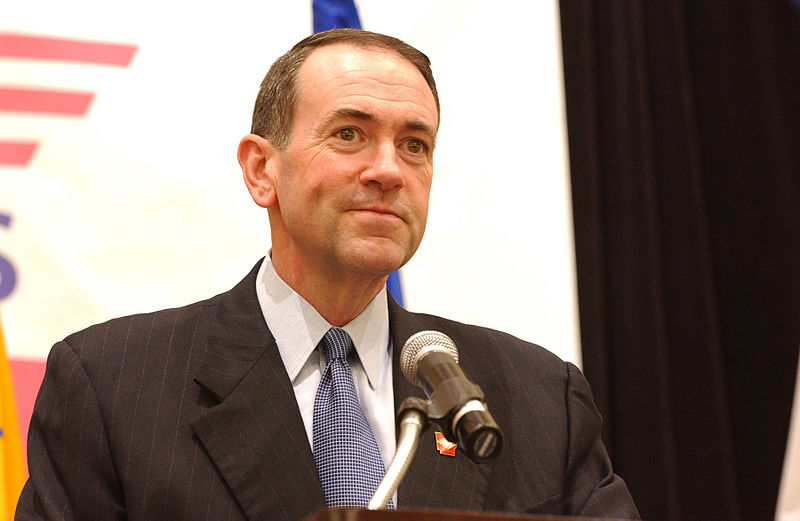 The former governor of Arkansas and a Republican presidential candidate, Huckabee has repeatedly stated his opposition to same-sex marriage. In an op-ed that ran in USA Today the day after the marriage-equality ruling, Huckabee promised to fight the Supreme Court if elected president:

Let me be clear: When the Supreme Court abuses the limits of its power and attempts to create a right that doesn't exist in the Constitution, it is the duty of the president to reject this threat to our religious liberty as "the law of the land." As president, I will never bow down to the false gods of judicial supremacy. No man — and certainly no un-elected judge — has the right to redefine the laws of nature or of nature's God. 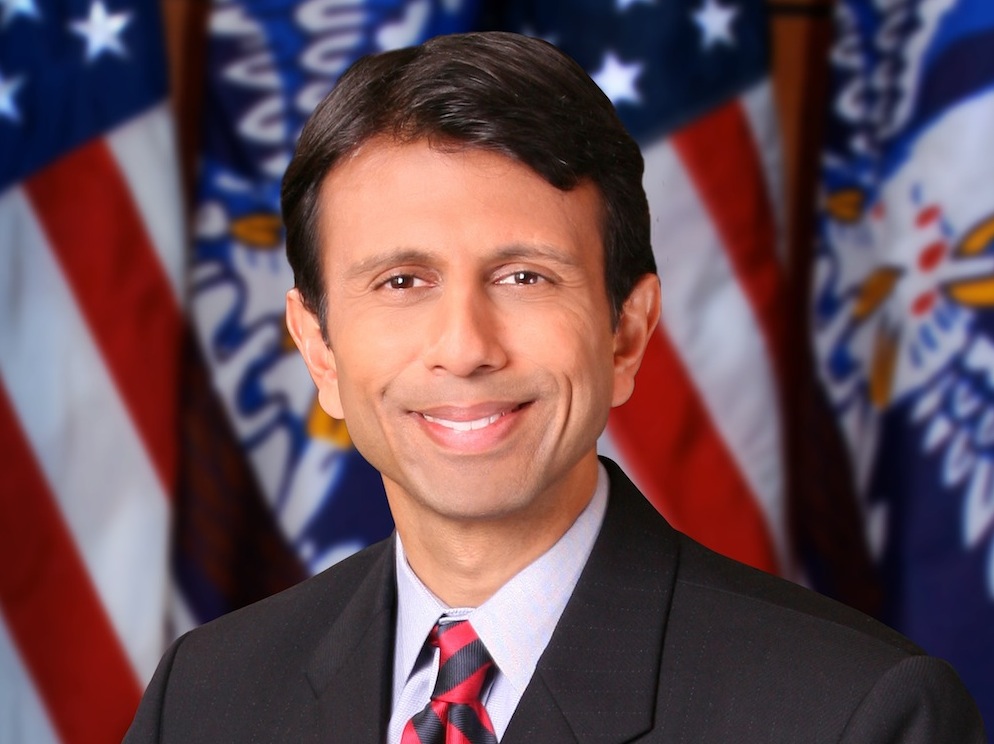 Louisiana Gov. Bobby Jindal, another Republican presidential candidate, has expressed anger at the Supreme Court's ruling, claiming it "will pave the way for an all out assault against the religious freedom rights of Christians who disagree with this decision." On Monday, Jindal released a memo telling government employees they would not be forced to issue marriage certificates to same-sex couples if they voiced a religious objection to doing so. The state, Jindal said, would accommodate them. Jindal's administration also instructed county clerks to refrain from issuing any marriage certificates to same-sex couples until the Fifth Circuit Court of Appeals rules one way or the other on same-sex marriage ban in Louisiana. Jindal's rebellion continued even after the Court of Appeals confirmed on Wednesday that Louisiana's same-sex marriage ban was no longer valid: He now says his administration will refuse to recognize same-sex marriages until a district court weighs in, which could happen as late as July 17. 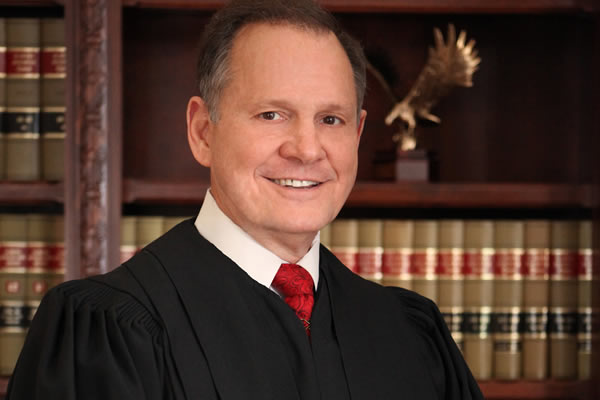 In one of the more brazen responses to the Supreme Court ruling, Alabama Supreme Court Chief Justice Moore compared it to the 1856 Dred Scott case, in which the Supreme Court ruled that African Americans could not be citizens, and he likened requiring state employees to comply with the ruling to instructing Nazi soldiers to kill Jewish people. Moore also said he did not agree with Alabama Gov. Robert Bentley's (R) acquiescence to the Supreme Court's authority, saying the ruling is merely one interpretation of the Constitution with which he strongly disagrees. Moore refused to say explicitly whether he would enforce the Supreme Court's decision, but he did seem to imply that probate judges could flout it if they felt it was unconstitutional. However, a federal judge ordered all Alabama magistrate judges to comply with the ruling and grant marriage licenses to same-sex couples, overriding Moore's authority on the matter. 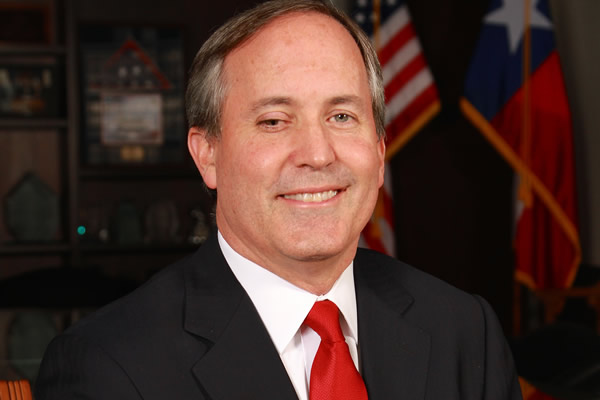 In response to the Supreme Court's ruling, Texas Attorney General Paxton said he believed that "the reach of the Court's opinion stops at the door of the First Amendment and our laws protecting religious liberty." He added that "numerous lawyers stand ready to assist clerks defending their religious beliefs, in many cases on a pro-bono basis, and I will do everything I can from this office to be a public voice for those standing in defense of their rights."

After the Court of Appeals ruled that the Texas same-sex marriage ban was unconstitutional, Paxton's office released a statement that seemed to praise the ruling, stating that it was "consistent with the opinion my office." He then acknowledged that same-sex marriage "can and must peacefully coexist with longstanding constitutional and statutory rights, including freedoms of religion and speech." So it appears, at least for now, that Paxton's attempt to nullify federal law is over.

(Photo of Huckabee from the U.S. Department of Health and Human Services. Photos of Jindal, Moore and Paxton from their offices.) 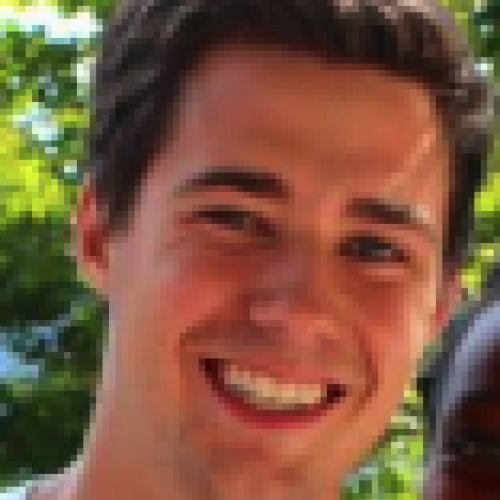