The current battle over the Confederate flag — and the role of Indian-American governors in it — brings back memories of violence committed against South Asians under that very flag at an Independence Day rally organized by the white-supremacist Citizens' Councils in Louisiana 50 years ago. (Image from the Mississippi Department of Archives and History website.)

July 4, 1965 was just another day for me. I had spent the weekend in New Orleans, my hometown, and was headed back to Baton Rouge to prepare for the next day's classes at Louisiana State University. As I stepped off the bus in Baton Rouge, an eerie feeling grabbed me. The sloped street in front of the bus depot was strangely quiet except for the sound of revving motorcycle engines. Seconds later, I saw the Confederate flags hoisted by the riders as the motorcycle parade headed toward the state capitol. Too late, I remembered the Citizens' Council rallies to be staged on Independence Day at the Capitol, and as far as I could tell, I must have been the only black person to have forgotten. My fellow African Americans had already sought shelter, and since I had no desire to be the target of this rowdy crew, instinctively, I crouched by the side of a parked car and waited for the traffic to clear. Knowing that "trouble was a-coming," I walked back to campus as fast as I could and locked down in my dorm room.

The morning of July 5, I grabbed with dread a copy of the Baton Rouge Morning Advocate and scanned the front page. To my dismay, my expectations had been fulfilled. There were two incidents downtown at the Citizens' Council rally. Reporter Edgar Coltharp revealed that in one incident four unidentified South Asian students from Louisiana State University had been set upon by a portion of the "Rebel flag-waving crowd." Two of the students had been beaten, one receiving a gash over the eye that required hospital treatment. The other two ran for their lives with the crowd in close pursuit. Interestingly, police found no witnesses and no arrests were made, although there were at least 3,500 persons at the event.

The inciting role of the Confederate battle flag was evidenced by the fact that there were more than 2,000 of the flags in the crowd, according to the Advocate. By contrast, there were only three American flags seen at these American Independence Day festivities. While the Citizens' Council claimed sponsorship of the event, the Klan hovered nearby, disguised under "more acceptable" names. For example, the Bogalusa Ku Klux Klan used the United Conservatives as their front organization. Ironically, it was reported that the South Asians had gone to the activities on the grounds of the state capitol seeking insight into how Americans celebrated their Independence Day. This brought back memories of how a friend and I went to our first homecoming rally on the LSU campus only to discover that the event featured a showing of D.W. Griffith's film "The Birth of a Nation" with full audience participation, including shuffling shoes and whooping battle cries.

Gov. Haley's Indian ancestry and struggle with the Confederate battle flag reminded me of that earlier incident on the capitol grounds in Baton Rouge. Today, the Louisiana Governor's Mansion, the site of the Independence Day beating of the South Asian students, is occupied by the son of Hindu immigrants from India. Gov. Bobby Jindal was born in Baton Rouge on June 10, 1971. His parents immigrated to the United States to study at Louisiana State University only a few years after the harassment of the South Asian victims in 1965. The Jindal family lived a typical suburban lifestyle in the Baton Rouge area and encouraged their children to be achievers. After excelling in academics at Brown University and Oxford University, Bobby Jindal pursued a career in government healthcare policy. In November 2007, he became the first Indian-American governor in the United States. Gov. Jindal is now a Republican candidate for U.S. president in the 2016 election.

What we have learned is that one flag — the Confederate battle flag — continues to inspire its adherents to commit acts of hatred. Death and violence have been its legacy. Long ago, Gen. Robert E. Lee recognized that Confederate icons like this flag no longer had credibility and wrote: "I think it wiser moreover not to keep open the sores of war, but to follow the examples of those nations who endeavored to obliterate the marks of civil strife and to commit to oblivion the feelings it engendered."  On the other hand, during the naturalization ceremonies, the new citizens pledge allegiance to the United States flag, which offers "liberty and justice for all." As a result, Amar Jindal, a humble shopkeeper's son, could envision his son Bobby being free to choose any career he wished and expected him to receive a fair chance to achieve success in it. Two flags — two outcomes. One flag — a flag of despair. One flag — a flag of hope.

(Elaine Parker Adams is the author of "The Reverend Peter W. Clark: Sweet Preacher and Steadfast Reformer." She shares her great-grandfather's esteem for education and social justice. In 1991, she was the founding president of Houston Community College-Northeast. Earlier, she served the state of Texas as assistant commissioner for educational opportunity planning, coordinating statewide efforts to diversify enrollment in higher education.) 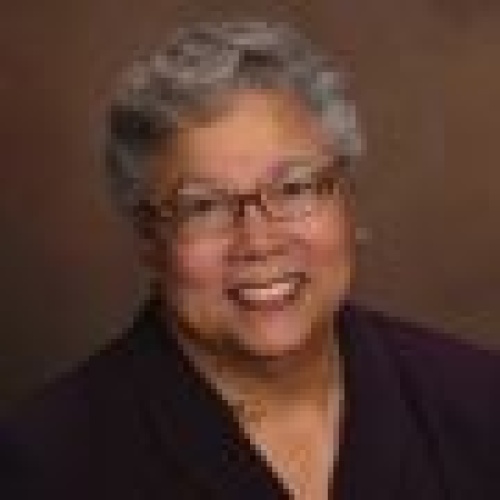