Skip to main content
Join the voice for a changing South.
Donate Today
By Timothy B. TysonAugust 7, 2015

At the 1913 dedication of the "Silent Sam" Confederate monument at UNC-Chapel Hill, industrialist Julian S. Carr delivered a speech in which he heralded "the Anglo-Saxon race in the South" and bragged that he had "horse-whipped a negro wench until her skirts hung in shreds, because … she had publicly insulted … a Southern lady." (Photo of "Silent Sam" by Don McCullough via Flickr.)

(Editor's note: After the June massacre of nine African Americans in a Charleston, S.C. church by a racist who embraced the flag of the Confederacy and other white-supremacist regimes, controversy erupted over Confederate symbols in public spaces. In South Carolina, state lawmakers voted to remove the Confederate flag from the statehouse grounds. But in neighboring North Carolina, the legislature passed and Gov. Pat McCrory signed the Historic Artifact Management and Patriotism Act, taking away local governments' power to remove Confederate memorials and giving it to state lawmakers. On Thursday, Aug. 6, the 50th anniversary of the signing of the Voting Rights Act, the North Carolina chapter of the NAACP held what it billed as a "Press Conference for Historical Accuracy" to protest the new law; the event was held in Hillsborough, where Confederate flag supporters plan to gather on Saturday, Aug. 8 for what's billed as the "Southern Heritage Ride and Rally." Among the speakers at the N.C. NAACP press conference was Timothy B. Tyson, the group's education chair and a senior research scholar at Duke University; the following are his prepared remarks.)

By Timothy B. Tyson

Rep. Marilyn Avila, a Republican from Raleigh, argued for the new Mandatory Confederate Monuments bill, saying, "When you talk about memorials and remembrances, the point of time at which they were erected is extremely relevant." Avila was right. She just didn't have any idea when they were actually erected. She said that the Confederate monuments went up "shortly after the War Between the States." If someone had tried to put up Confederate monuments all over North Carolina "shortly after" the Civil War, there might have been another one. The unanimous Confederate white South is nothing but a cherished myth.

For example, take the Confederate monument at UNC Chapel Hill, better known as "Silent Sam." At its dedication in 1913, industrialist Julian S. Carr bragged in his speech that he had "horse-whipped a negro wench until her skirts hung in shreds, because … she had publicly insulted … a Southern lady." He heralded "the Anglo-Saxon race in the South" reunited with itself, with white supremacy as the glue.

During the Civil War, the actual Confederacy bitterly divided North Carolina. This was the last Southern state to secede; Alamance County voted overwhelmingly against secession — 1,114 to 254 — the only time they got to vote on it. There remained a persistent outcry of moral dissent. Thousands of whites even took up arms against the Confederacy and far more refused to accept its authority. Thousands of black North Carolinians escaped slavery and served in the Union army.

The 1862 Confederate Conscription Act, which exempted prosperous slaveholders from military service, turned many more against the war. "North Carolina's own internal civil war began in earnest." From the coastal swamps to the Blue Ridge, anti-Confederate guerillas, Unionists and runaway slaves battled the Confederacy; parts of North Carolina became virtually ungovernable. Alamance County and Hillsborough were a hotbed of resistance to the Confederacy and home to hundreds of the so-called "Red Strings," armed anti-Confederate guerrillas.

Scores of meetings were held in over 40 of the state's 86 counties to demand an end to the Civil War. Campaigning for reelection in 1864, Gov. Vance declared, "The great popular heart is not now and never has been in this war. It was a revolution of the politicians and not the people." The notion that the Confederacy represents white North Carolina's heritage is not historical but instead political.

There are roughly 100 Confederate monuments in North Carolina today, most of them on public property, five on the capitol grounds in Raleigh, where they would seem to represent all of us. There are no monuments to the enslaved that built our state. There are none for the interracial Reconstruction government of the late 1860s, in which black and white came together to write the Constitution we still try to live under and also built our first system of free, tax-supported public schools, until they were overthrown amid a ruthless campaign of Ku Klux Klan violence.

Our statehouse displays no statues to celebrate the interracial Fusion movement of the 1890s, the most daring experiment in interracial democracy in Southern political history, which could have led us into a different kind of South. No monuments stand on our courthouse lawns to the interracial civil rights movement. There are no statues of Abraham Galloway, Charlotte Hawkins Brown, Ella Baker, or Julius Chambers.

Only one side of our racial history gets public monuments in North Carolina — the Confederates and the white supremacy movement at the turn of the 20th century. And yet the histories that we leave out of our public square speak lessons far more relevant to our predicaments than the Confederates.

The new Mandatory Confederate Monument Act denies communities the right to decide how they will mark their own local history. In truth, this law is not about history so much as it is about current power arrangements. The extremists are trying to cement their power in place like their ridiculous law cements the monuments in place. But I warn them now — not even Art Pope can buy cement that strong.

This legislation is not about preserving the history of the Civil War. Instead it will be remembered as a monument to racial gerrymandering, racially-driven voting laws, a war on the public schools, and to its authors' quaking fear of a different kind of North Carolina, one where the weak grow strong and everyone has an equal and generous chance to blossom with their own God-given rights and abilities.

Let me close with the words of a great Southerner, President Lyndon Johnson, as he stood in the well of the House of Representatives 50 years ago to argue for the Voting Rights Act. He said, "It is not just [black people] but really it is all of us that must overcome the crippling legacy of bigotry and injustice. And we shall overcome." 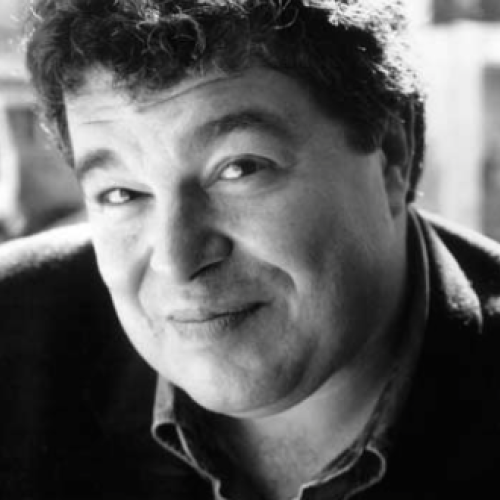 Timothy B. Tyson is a senior research scholar at the Center for Documentary Studies at Duke University and Duke Divinity School.

Busting the myth that Congress made Confederate vets into U.S. vets