A quarter century ago, teaching a Native American history class at Duke, I noted that enrollment spiked after the release of Kevin Costner's blockbuster film about the post-Civil War West, "Dances with Wolves." New students in that cohort were full of fresh interest and tough questions. Sometime soon, Fox Searchlight Pictures is rolling out a movie about Nat Turner's 1831 slave revolt with the provocative title, "Birth of a Nation." Though retired from the classroom, I find myself wondering whether another much-needed teaching moment is on the way.

We can't know yet how successful — dramatically or commercially — Nate Parker's new film will be. (So far, debates about sexual assault in the director's past, and in his script, have dominated pre-release attention.) If nothing else, the movie will surely underscore how much has changed in the century since the appearance of a racist epic with the same title. That movie's Kentucky-born director was undeniably a cinema pioneer, but D. W. Griffith believed deeply in the Lost Cause. His father, die-hard Confederate cavalry officer "Roaring Jack" Griffith, even took part in the futile effort to spirit Jefferson Davis to safety after Appomattox.

In 1915, at a time of KKK resurgence, Griffith's Klan-glorifying film won high praise from President Woodrow Wilson, himself a Southern-born historian. When African Americans picketed theaters showing the movie, their nationwide protests were brushed aside by white Americans. Two years later, in a related sign of the times, white rioters in Illinois massacred scores of African Americans during the East St. Louis Race Riot, burning down more than 300 homes in the black community and leaving thousands of residents homeless.

How far has our culture come in the century since Griffith's white-supremacist film and that brutal pogrom in Illinois? As a St. Louisan by birth, I can't forget how close East St. Louis sits to Ferguson, Missouri, the latest emblem of ongoing racial injustice and our continuing inability to come to terms with a deep heritage of exploitation, inequality and prejudice. But as a retired professor, I find myself hoping, optimistically, that we are about to see a new and very different "Birth of a Nation" generation, confronting head-on this country's birth defect: slavery.

Of course, I realize one film can hardly reshape a nation's cultural self-awareness. Did "Dances With Wolves" prompt lasting political attentiveness on Native American issues? Hardly. But I also recall "Glory," the Matthew Broderick flick that appeared the previous year. It surprised most Americans with the revelation that black troops played a major role in the Civil War. Both films used a white protagonist to fill suburban theaters. Still, "Glory's" success helped assure that the recent Civil War Sesquicentennial paid increased attention, at last, to more than 180,000 black freedom fighters wearing Union blue.

As for slavery and resistance to it, most U.S. citizens have preferred to note slave labor camps when they existed far away, as in Stalin's massive Soviet gulag. Traditionally, movies about slave revolts only drew funding and praise when they portrayed Caucasian freedom fighters. In Stanley Kubrick's 1960 blockbuster, "Spartacus," Kirk Douglas led a slave uprising in Rome, with Jean Simmons playing an enslaved white woman. As the preview modestly explained: "the finest cast ever assembled relives one of mankind's most magnificent stories."

Amid box-office acclaim that made Universal Studios rich, the film (based on a Howard Fast novel and written by Dalton Trumbo) took four Academy Awards. Life called this drama of slave rebellion "a mighty tale told large." Look deemed "Spartacus" a "brilliant, compassionate, absorbing drama." As a college freshman at the time, I took away the mistaken idea that any brave uprising of enslaved people against terrifying odds, no matter where or when it occurred, could constitute a "compassionate, absorbing drama" worthy of study and admiration.

Over time, with the help of a memorable phone call, I discovered my mistake. But first, as a young historian interested in colonial America, I published a book in 1974 about race slavery in early South Carolina. I called it "Black Majority," as a heads-up that Britain's richest mainland colony was more than half black long before the American Revolution. (Who knew!) And I made sure to name the Stono Rebellion of 1739 in the subtitle, since the largest slave revolt in colonial North America remained virtually unknown at the time.

Fast forward 10 years. I was sitting in my Duke office one day when a call came, out of the blue, from a film promoter who had stumbled across a reference to "Black Majority." He wondered how he could learn more about the Stono Uprising — without reading my book. He said he was leaving for the Coast soon and wanted to pitch the revolt as a movie idea. Wait, I thought. Hadn't Howard Fast received a call like this for his book about "Spartacus"? (It came from Kirk Douglas when he read Fast's novel, just after failing to land the lead in "Ben-Hur.")

"I'm pleased," I replied, wondering if this was my Howard Fast moment. "Still, you need to know that Stono was a violent event in a very violent time." Back came his quick response. "Listen Prof; this is the '80s, and Hollywood can handle violence." "I’ve noticed," I answered, "but these African American freedom fighters began their uprising by killing two white storeowners near Charleston and leaving their severed heads on the store's front steps." A long pause followed. "I see," he said at last. "Look Professor, let me get back to you about this."

No follow-up call ever came. After all, in the late '60s Hollywood bigwigs had purchased the rights to William Styron's controversial book, "The Confessions of Nat Turner," even lining up James Earl Jones to play the famous Virginian, before they dropped the project like a hot potato. Similarly, after Theodore Rosengarten's classic, "All God's Dangers," won the National Book Award in 1975, moviemakers optioned the rights for this compelling profile of a militant member of the Alabama Sharecroppers Union, only to shelve the project.

Little did they realize that several years later the dramatization of Alex Haley's "Roots" would become a television milestone, despite predictions by pundits that most Americans were uninterested, or unready, for a long mini-series about one black family's journey through slavery. Better to stick to uplifting stories about the recent Civil Rights Movement, such as the 1974 fictional TV movie, "The Autobiography of Miss Jane Pittman." (Cicely Tyson portrayed a strong black woman, but timid marketers emphasized the wizardry of her make-up artists instead!)

So in 1989, when Duke's History Department decided to commemorate the 250th anniversary of the Stono Rebellion with a September film showing, we had to look abroad for meaningful dramatizations of New World slave revolts. "Burn!" (the 1969 Italian-French movie about a Caribbean revolution, directed by Gillo Pontecorvo) was still hard to come by in the US, even though it starred Marlon Brando. So we settled on screening "The Last Supper" (1976), a powerful Cuban film about a fictional Easter Uprising by slaves on a Spanish colonial sugar plantation.

Nat Turner, it seemed, would have to wait. Years later, I was glad to serve as a talking head in a documentary about the elusive rebel, made by black director Charles Burnett. "Nat Turner: A Troublesome Property" aired on PBS in 2003. But it would take another decade before a determined Hollywood performer set aside his other obligations and wrote a script in which he could star as the 19th-century freedom fighter. Parker directed "The Birth of a Nation" himself, on a shoestring budget, and shot it in Savannah in less than a month.

The actor and his cast belong to a gifted new generation of black professionals eagerly using history to help challenge the inertia of a myopic white society. At the Sundance Film Festival, when asked why "the race issue" continues to bedevil our culture, Parker's answer was simple and direct: We Americans "haven't had an honest confrontation with our past — this is who we were; these dark ages existed."

So, in this year of reinvigorated debate about American race relations — past, present and future — I'll keep my fingers crossed and hope for the best. Aug. 21 marked the 185th anniversary of the Nat Turner Revolt, and he was hanged in Virginia on Nov. 11, 1831. Whatever the new film's merits or shortcomings prove to be, this seems a good time to revisit what we know, and do not know, about Nat Turner. This latest portrayal will spur fresh conversation regarding how we assess those dark ages, in the classroom and beyond.

(This essay originally appeared on the website of Historians Against Slavery.) 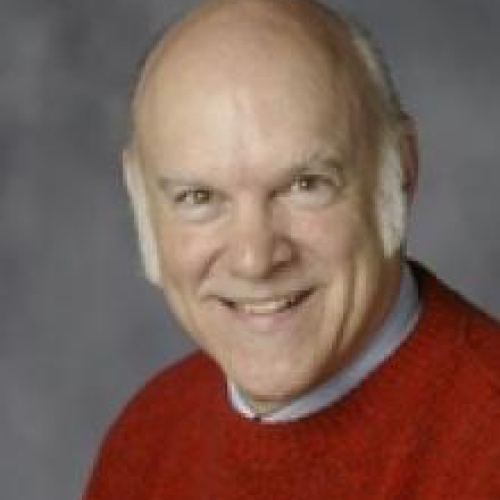 Peter H. Wood is an emeritus professor of history at Duke University in Durham, North Carolina. He is co-author of the U.S. history survey text, "Created Equal," now in its fifth edition.

The most racially segregated cities in the South