A protest against President Trump's proposed domestic anti-abortion gag rule was held in Chicago in May. The rule would have a disproportionate impact on women of color, poor women and women living in the South. (Photo by Charles Edward Miller via Flickr.)

President Trump has made it no secret that he wants to ban abortion with few exceptions. Earlier this year, his administration released a proposal that, if adopted, would move the U.S. further in that policy direction.

Called the "Protect Life" rule by supporters and a "gag rule" by opponents, the proposal blocks Title X federal funding for reproductive health care providers who refer patients for abortions or even discuss the procedure with them. Along with Medicaid, Title X is one of the primary sources of federal funding for clinics that provide reproductive health services to poor women and the only federal grant program specifically dedicated to comprehensive family planning. Millions of women rely on Title X for cancer screenings, STI testing and treatment, and birth control — though not abortion, as Congress generally barred spending U.S. funds on abortion with passage of the Hyde Amendment in 1976. Without Title X funding, the numbers of unintended pregnancies, unexpected births, and abortions each year in the U.S. are predicted to be 66 percent higher.

The administration is taking public comments on the proposed rule through the end of this month.

This censorious policy approach to reproductive health information is not altogether new for the U.S. In 1984, President Ronald Reagan became the first to institute the so-called "global gag rule," restricting foreign organizations receiving U.S. family planning assistance from using their own (non-U.S.) funds to provide abortion information to their patients. President Clinton revoked the policy, Bush reinstated it, and Obama undid it again. Trump renewed and expanded it shortly after taking office last year.

But Trump then went even further by proposing a domestic gag rule.

If adopted, the rule would affect an estimated 4,000 U.S. health care providers that rely on Title X funds to care for their 4 million patients — and would disproportionately affect low-income women and women of color. According to a federal Office of Population Affairs report, 64 percent of Title X beneficiaries had incomes at or below the federal poverty level in 2016. The same agency reports that black and African-American women, who account for 13 percent of all U.S. women, make up 21 percent of Title X patients, while 32 percent of Hispanic women and Latinas rely on Title X.

Because the South is poorer on average and home to a majority of the country's African-American population and a growing Latino community, the region would be disproportionately affected.

The proposed rule is the latest attack on the Title X program, which has faced funding cuts in recent years. From 2010 to 2017, Congress slashed the program's funding by $31 million – the largest reduction since the early 1980s. Those cuts resulted in over half a million Title X recipients in the South losing reproductive health care coverage.

At the same time, some Southern states already impose their own restrictions on Title X funding. According to the Guttmacher Institute, of the eight states that currently restrict Title X funding, five are in the South: Kentucky, Louisiana, Mississippi, South Carolina, and Tennessee. Restrictions vary from barring Title X funds to Planned Parenthood specifically, to withholding them from other organizations that provide abortions, to blocking them from health care centers that refer clients for abortions or offer abortion counseling.

The proposed rule is opposed by major medical groups, including the American Medical Association, the American College of Obstetricians and Gynecologists, and the American College of Physicians; the American Nurses Association said that it "violates basic ethics of the [nursing] profession." To date, a bipartisan group of almost 600 elected officials — U.S. senators and representatives, governors, and state lawmakers — has come out against the rule. They include mayors of major cities in Florida, Louisiana, North Carolina, Texas, and Virginia.

The domestic gag rule proposal is just the latest move by the Trump administration to undermine women's health care. It has also rolled back the birth control coverage mandate under the Affordable Care Act, proposed funding cuts for teen pregnancy prevention, and stacked the federal courts with anti-choice judges — a trend continued with the recent nomination to the U.S. Supreme Court of Brett Kavanaugh, a conservative who is expected to be the key anti-choice vote on abortion cases.

"The domestic gag rule is unethical," said Lindsay Robinson, the North Carolina director of public affairs for Planned Parenthood South Atlantic. "This is the Trump-Pence administration's way of trying to undermine and control women's fundamental health and rights. We will not stand for it." 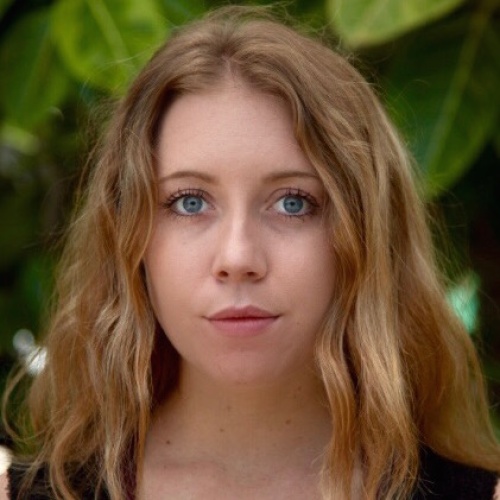 Savannah Crabtree is an intern with the Institute for Southern Studies. She is pursuing an honors sociology degree at the University of Alabama at Birmingham and writes about women's health and reproductive justice in the South.