Nurses at HCA Healthcare's Mission Hospital in Asheville, North Carolina, rallied earlier this year in support of a union. They are organizing with National Nurses United, and a win could help shift the power dynamic in a historically anti-union state. (Photo by Christine Rucker.)

Nurses in the Appalachian mountains of North Carolina filed a petition in March to form a union with National Nurses United (NNU). Roughly 1,600 nurses are expected to be eligible to vote.

Despite the challenges of the coronavirus pandemic and a relentless union-busting campaign that has delayed the election, nurses at Mission Hospital in Asheville say they are on the brink of a historic labor victory in the country's second least unionized state.

"If it happens in North Carolina, it can happen anywhere," said Trish Stevenson, an emergency room nurse.

"I want everyone to recognize the importance of [the union]," Stevenson said. "I just want it to snowball."

The union drive pits workers against HCA Healthcare, the nation's largest hospital corporation with 184 hospitals in the United States and the United Kingdom. In February 2019, HCA paid $1.5 billion for Mission and six other nonprofit hospitals in the mountains of western North Carolina.

The Mission Health system dominates a significant portion of the health care industry in the western part of the state, providing care to about 900,000 people. Mission's flagship hospital in Asheville is a major economic driver and, as the region's only trauma center, a vital lifeline for mountain adventurers and folks living in outlying counties.

In the wake of the takeover by the multinational corporation, nurses saw patient care standards and working conditions quickly deteriorate. In May 2019, four nurses initiated the union drive with NNU over cuts in staff, poor communication and lack of access to basic supplies and personal protective equipment.

NNU currently represents about 10,000 nurses at 19 HCA facilities across the country. The union drive at Mission Hospital is NNU's largest labor campaign ever undertaken in North Carolina.

"I am one of the older people on the unit," said Kelley Tyler, an RN in the trauma care unit. "A lot of the nurses at Mission are younger and new. They were taking it as this is how the job is supposed to work and this is how nursing is."

Tyler said this was not the same high-quality caregiving that she practiced at Mission 35 years prior. As a newly graduated RN, Tyler was told not to talk about unions at Mission or else she would be fired. Now, she tells her co-workers that the union is their best chance to take back control over their practice or have any kind of voice over how things are run at the hospital.

"Once, I got a hold of the younger girls and fellas and explained, ‘You're allowed to eat during your shift. You're allowed to go to the bathroom during your shift. You shouldn't be made to feel guilty over your basic needs being met as a nurse. No, you shouldn't have to choose one patient over another to give care.' [The younger nurses] just had no idea that things weren't supposed to be the way they are running right now," Tyler recalled.

Tyler knows that she herself will one day seek care at Mission Hospital.

"I want [the union] to go forward because I'm going to need those services in the next 10 or 15 years when I'm elderly. I'm going to have grandchildren born in that hospital. I really need the newer nurses to have a voice and to speak up and say when things are not safe," said Tyler.

Asked what she expected unionizing to allow nurses to do, Tyler said it would enable her and her colleagues to get back to being nurses instead of scrambling to put out fires all day. It's all she can do to respond to STAT orders let alone take care of basic care needs like giving baths and brushing teeth.

"We don't have the time or energy for that anymore," Tyler lamented. "We're failing the patients."

Nurse Jill Rabideau mourns the loss of the community hospital that she was first hired to work at 17 years ago. Coming to work at Mission has become a "moral assault."

"Our voice got lost in the running of a corporation," Rabideau said. "[HCA is] excellent at running a corporation, but they suck at providing bedside care."

Thanks to HCA's antipathy to the union and a Trump-appointed National Labor Relations Board that is skewed towards employers, the union election has been delayed.

In an Intercept article published in May, Matthew Cunningham-Cook and I revealed how HCA Healthcare used the coronavirus pandemic to delay a union election at the same time the corporation stood to amass $4.7 billion in federal aid relief. While Mission nurses braced for an onslaught of COVID-19 patients, HCA Healthcare continued to send in union busters making $400 per hour to pull the workers off of their units for one-on-one meetings in an effort to turn them against the union.

Over the years, HCA has cultivated a reputation for being fiercely anti-union. In "A Collective Bargain," labor organizer and author Jane McAlevey notes that the majority of HCA Healthcare facilities are located in right-to-work states like Tennessee and Florida.

"This isn't an accident," writes McAlevey. "It's part of HCA's strategic plan to operate in states with weaker union laws in order to profit off cheap labor."

In coming to North Carolina, HCA Healthcare followed in the footsteps of numerous other corporations looking to capitalize on the state's longtime aversion towards organized labor.

Throughout the 1930s and 1940s, lawmakers in North Carolina and other Southern states lured heavily unionized industries from the North and Midwest with the promise of a "cheap and satisfied" labor force. Racism, red-baiting and anti-union legislation were meted out to maintain the status quo.

Even before the Taft-Hartley Act of 1947 erected federal barriers to stem the rising tide of labor, North Carolina ushered in so-called "right to work" legislation that same year that has since become ubiquitous. Later, in 1959, state lawmakers made it illegal for public-sector workers to collectively bargain.

Despite giving rise to inspiring labor campaigns like the civil rights unionism of Local 22 and Operation Dixie, which remains the largest union drive in Southern history, workers in North Carolina continue to be hobbled by divisions along racial, class, and gender lines. In a state where just 2.3 percent of the workers belong to a union — the lowest in the nation alongside South Carolina — the typical Mission nurse lacks experience with unions.

"I thought it was illegal to have unions in North Carolina because that's what I was always told growing up," said Angela Allen, a nurse at Mission's Copestone behavioral health unit and a native of Asheville.

Most of Sarah Kuhl's knowledge about unions prior to the Mission campaign came from Hollywood. "I have zero experience with unions other than movies," Kuhl said, referring to "Norma Rae," a film about another contentious union drive in the Tar Heel state.

In the film's most memorable scene, the character Norma Rae, played by actor Sally Field and based on real-life textile factory worker Crystal Lee Sutton, stands on a machine in the middle of the plant holding a cardboard sign that says "UNION" — an act of defiance against the company's relentless efforts to divide the workers along racial lines. The rest of the workers turn off their machines to show their solidarity.

Around the same time that she learned about the union drive, Kuhl was also handed a flier from Mission administrators about labor rights. She used her research skills as a nurse with Mission's oncology research department to parse out the truth.

"I've said before that we needed a union very much before HCA bought Mission," Kuhl said. "It just became exponentially more important with the changes that HCA implemented. And that was exponentially increased with this pandemic. It's now more important than ever that we have this union."

Kuhl might not be holding up a cardboard sign that reads "UNION" like Norma Rae, but she proudly wears her "Vote Yes" button on her scrubs, and she has taken a leading role in the organizing effort.

Economists are forecasting a major surge in the health care workforce over the next decade. Hospitals have become the new factories in North Carolina, where health care has supplanted textiles and tobacco as the dominant industry in many communities. Mission Hospital, the largest employer west of Charlotte, is a good example.

Mission nurses believe their campaign could appeal to nurses and other front-line health care workers in North Carolina and throughout the country struggling under a health care system governed by efficiency standards that undermine workers' ability to maintain high-quality patient care and safe working conditions.

A strong, organized labor presence could eventually shift the power dynamic in North Carolina and the South. Since the North Carolina General Assembly turned red in 2010, the Tar Heel state has served as an exporter of right-leaning policies like voter suppression, unconstitutional gerrymandering, and the refusal to expand Medicaid.

In the meantime, the Mission nurses will continue organizing to take back control of their hospital.

"The old Mission is dead and gone, and I've grieved it and sort of let it go, but I'm not forgetting what we were," Rabideau said.

The drive to care for patients is what prompted Rabideau and three other nurses to initiate the union drive in May 2019.

"If I hadn't been one of the four people at the table back last spring, I would have put my badge down two months ago and walked out the door," said Rabideau. "As long as we're a for-profit entity, there will have to be a core of nurses expending massive amounts of energy and dedication to continue to push back for our patients. We just have to do the best we can to go forward with the tools we have to keep the patients at the center of everything, and the only way we're going to be able to do that is to speak collectively."

Like Trish Stevenson, Rabideau believes that a victory for the nurses in Asheville could be the spark of something bigger.

"I hope the pursuit of a collective voice will ripple from the mountains to the coast and that other people follow our lead and have the strength to band together," Rabideau said.

(A version of this story originally ran in Labor Notes.) 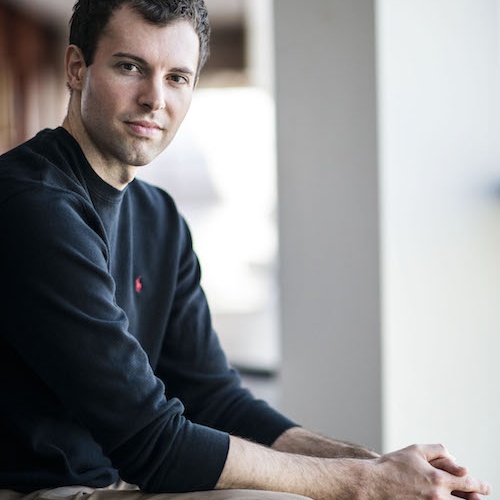 Jonathan Michels is a freelance journalist based in Durham, North Carolina.

The AFL-CIO Debate and the South