In 1966, the city of Athens, Georgia, used eminent domain to evict residents of the Black neighborhood of Linnentown so the University of Georgia could build three new student dormitories, pictured here. Former residents of Linnentown demanded and won a plan by local government to set aside money for public projects of their choosing as a form of reparations. (Photo of Brumby, Russell, and Creswell halls via the UGA website.)

Bobby Crook remembers the day in 1966 that everything changed in his neighborhood of Linnentown in Athens, Georgia. He was 11 years old and had just come home from school.

"Everybody was in an uproar. People were crying, and I didn't know what was going on. I thought somebody had died or something bad really had happened," he said. "And I asked all them, 'What's wrong? Why is everybody crying?'"

They told Crook that everyone in their neighborhood — where 50 Black families lived by 1960 — had to move. The city of Athens was removing them through eminent domain, and the University of Georgia would build student dorms on their property. Their community of Linnentown would be no more.

Over the next months, families moved from the neighborhood one by one. Crook and his parents were the last to leave. Their house wasn't just a place to live but a source of income. Crook's parents ran it as an inn for Black guests, who couldn't stay at Athens's whites-only hotels.

By the end of that year, they said goodbye to their house at 167 Peabody St. and to Linnentown.

Today, the thousands of students that flock to that part of campus only see UGA's three high-rise dorms. Linnentown no longer exists, not even in most history books.

The South, and the U.S. at large, is full of stories like this one: neighborhoods of color destroyed in the name of urban renewal to make way for housing, highways, stadiums, and other infrastructure catering to white people. But 55 years after the last family moved out, Linnentown has forged a different path. Former residents like Crook have successfully pushed for Athens-Clarke County to set aside money dedicated to public projects of residents' choice, a form of reparations for the neighborhood that was lost.

This is the first official act of reparations in Georgia.

"God knows how many millions of dollars that particular spot of land has made for the University of Georgia," said Crook, now 66 and still living in Athens. "The people of Linnentown got barely nothing. And it wasn't fair. It just wasn't fair."

From whispers to organizing

For years, Linnentown was mainly a conversation topic among its former residents. Then Joseph Carter, an employee for UGA Libraries, heard whisperings about a community that had once existed and started digging around for official information. After he found urban renewal reports on Linnentown's erasure, Carter began searching for former residents. This led him to not only Crook but Hattie Thomas Whitehead.

Now 72, Whitehead had lived at 141 Peabody St. in Linnentown with her parents and six siblings. Her mother worked as a cook, while her dad was a day laborer. She was 14 years old — spending her days at sit-ins and demonstrations to desegregate businesses in downtown Athens — when she moved from her three-bedroom ranch house in Linnentown.

Like many other residents, Whitehead and her family ended up going to public housing after losing their house to eminent domain. Only a few Athens neighborhoods allowed Black residents and were affordable enough. About six months after moving, the pressure of the situation got to be too much and Whitehead's parents separated.

Whitehead perked up when Carter said he had found urban renewal data on Linnentown. She and other former residents had never been able to locate it because it only identified Linnentown with a number, never a name. In 2019, they met at Whitehead's house in Athens and decided to organize themselves. They wanted recognition and reparations for what happened in Linnentown.

Whitehead said two-thirds of Linnentown residents were homeowners. (That includes her parents and Crook's.) But they received below market value for their homes, disrupting the creation of generational wealth.

"We decided that we were going to try to make things right for the wrongs that were done to our parents," said Whitehead, who serves as chair of the Linnentown Project.

The group wrote a resolution calling out what happened to Linnentown and brought it to Athens-Clarke County. To start work on the resolution's language, the mayor formed the Athens-Clarke County Justice and Memory Committee. Whitehead serves as chair. Other members include county commissioners, UGA faculty, and former residents such as Crook.

In February, the Athens-Clarke County Commission unanimously passed the resolution, which for the first time calls what happened to Linnentown "an act of institutionalized white racism and terrorism." The mayor issued an apology on the courthouse steps.

"That brought me to tears," said Whitehead, who attended the ceremony. "I thought about the parents of the people in Linnentown that didn't hear that."

Linnentown isn't stopping with a resolution. There will also be a participatory budgeting process as a form of reparations. (The Linnentown Project originally wanted to ask for reparations in the form of cash payment, but the gratuities clause in Georgia's constitution prohibiting state entities from granting any gift to a third party prevents a direct payout.) Participatory budgeting will allow a certain amount of money to be spent on projects of residents' choosing.

The exact process and projects for that is still being figured out. Mayor Kelly Girtz said it will likely use some of the $58 million that Athens-Clarke County is receiving from federal recovery plan funds.

"There aren't easy and comprehensive answers for how we make compensation or recompense," Girtz said. "I'm going to say that we're going to fumble at it some because there's not a template for exactly what the response is."

The resolution also calls for signs of recognition for Linnentown. A history center will teach about the Black community in Athens-Clarke County. Girtz is eyeing a building in downtown Athens that the county owns for the center.

A set of historical markers will be around the former spot of Linnentown. A wall of recognition on nearby Finley Street will have permanent installations about the neighborhood, including a mosaic made with community participation.

Girtz said the Finley installation will likely be built this year, while the Black history center's first phase might not be built until late 2022. The Justice and Memory Committee is leading these efforts.

UGA isn't involved with the Linnentown work and has not responded to requests for permission to install the historical markers on campus, so the committee is moving ahead with putting the markers on county property.

UGA has a fraught history with the Black community that goes beyond Linnentown. Amid protests, it admitted its first Black students in 1961, just a few years before it moved people out of Linnentown. A 2015 construction project revealed 105 unmarked graves, many of them enslaved people, under Baldwin Hall on campus. (UGA was aware of the graves during the building's construction in 1938.) After the 2015 construction, UGA ducked calls from students and residents for the university to acknowledge its ties to slavery and install a memorial at Baldwin Hall. UGA later relented and put in a memorial.

The UGA student body's racial makeup is still not reflective of the community. One-third of Georgia's population and 28% of Athens-Clarke County are Black. Meanwhile, the share of Black students at UGA has held steady for years at 8%.

Whitehead wants UGA to acknowledge its role in Linnentown's erasure. She hopes that someday every student, especially those living in the dorms that were once her neighborhood, knows what happened.

"Healing can start to begin once they come to the table," she said of UGA. "The majority of the Black citizens of Athens just look at UGA and say, 'OK, it's just a place to work for wages but it's not embracing. It's not our place where you could say we love UGA.' It could be a place where we could all feel very, very comfortable, but they continue to build these walls by not coming and embracing the whole entire community."

UGA emailed a statement to Facing South giving an overview of some of its diversity initiatives and declined further comment.

"The University of Georgia's high-rise residence halls have been in place for more than 50 years, and over that time, they have housed tens of thousands of students from all races and socioeconomic backgrounds — providing those students with the transformational benefits of a higher education," wrote Greg Trevor, UGA's associate vice president for marketing and communications.

UGA also pointed out that Linnentown was not the only community in Athens hurt by urban renewal. Residents of College Avenue were also displaced. "However, the [Athens-Clark County] Commission is choosing only to focus on the project involving the University of Georgia," Trevor wrote.

For his part, Mayor Girtz said Athens-Clarke County began working with Linnentown first because of local advocacy, but it is also looking at College Avenue. He said eminent domain claimed 260 properties there. The mayor's office is funding an internship to digitize College Avenue records and has reached out to former residents and their descendants.

UGA's statement to Facing South echoes the public comments it has made over the past months about Linnentown.

"The politics of Athens internally are very different than the politics of a state institution in Georgia, where we've had exclusively Republican governors in recent decades and a conservative Board of Regents," Girtz said. "I know that they're heavily impacted by that reality."

Communities of color like Linnentown that were pushed aside in the name of urban renewal abound across the country. Girtz has had conversations with other mayors in Georgia and outside of the state who are interested in the work going on in Athens.

"If we can figure out some of the rudiments of both uncovering this history and reckoning with it, Macon or Montgomery, Alabama, or any other city in the region can't be too far behind," he said.

If there are any other Linnentowns that happened in the past or are unfolding today because of gentrification, Crook wants to see them put up opposition so they get a better deal.

"Black people caught hell then and lot of them say we're catching hell now," he said. "Other places that urban renewal has taken apart, they need to come forward too."

Meanwhile, UGA is still building where Linnentown once was. A new freshman dorm will be completed by fall 2022 to accommodate the university's growing enrollment. It will house about 525 students.

"They said they needed [Linnentown] for expansion because they had to build dormitories," Whitehead said. "That would have been fine if they had just purchased it right, instead of the way that they did. Generational wealth just taken." 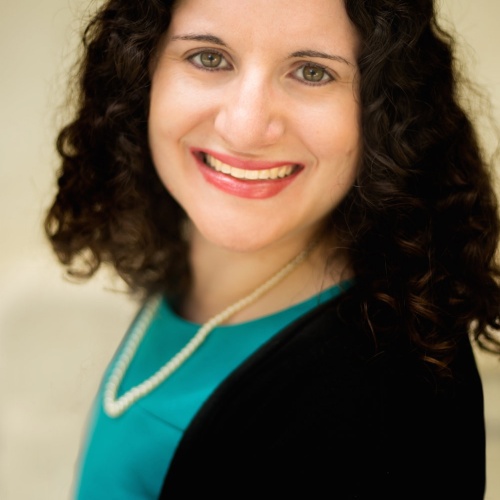 Adina Solomon is a freelance journalist based in Atlanta who writes about city planning and its effect on communities. She also specializes in covering business and death. Adina's work has been published in outlets including the Washington Post, the Guardian, Next City, and the Bitter Southerner.

Plantations were prisons: Mobilizing for the Millions for Prisoners Human Rights March