This is among thousands of photos taken at Alabama's St. Clair Correctional Facility, obtained by the Southern Poverty Law Center in 2019, and authenticated by the Montgomery Advertiser and other news outlets. St. Clair is Alabama's most violent prison with the country's highest prison homicide rate, according to the Equal Justice Initiative.

During the early fall of 2017, just three days before the Department of Justice's Civil Rights Division would descend on the Alabama prison system to investigate reports of brutality and sexual violence, an atrocious incident occurred at the Bibb Correctional Facility's Hot Bay, a dormitory "housing men in bunkbeds multiple rows deep," as the DOJ would write in its subsequent report. In the back of the room, two prisoners repeatedly stabbed their victim, and when another prisoner attempted to stop the assault he became the next victim. In a desperate struggle to stay alive, the initial victim "dragged himself to the front doors of the dormitory," the DOJ later wrote, where other prisoners banged on the locked doors to summon the guards. By the time a correctional officer finally arrived, the victim was dead on the prison floor, having bled out from his open wounds. One prisoner witness offered the haunting testimony to the DOJ that "he could still hear the prisoner's screams in his sleep." Numerous other prisoners reported that rapes, torture, and physical assaults are routine. Despite the atrocity of such violence, it is not an isolated happening: The DOJ report concluded that "an excessive amount of violence, sexual abuse, and prisoner deaths occur within Alabama's prisons on a regular basis."

While the guilty verdict against former Minneapolis police officer Derek Chauvin for the murder of George Floyd has delivered some accountability for police violence, the routine nature of violence within America's prisons is hiding in plain sight and yet receives little public scrutiny.

As a historian of U.S. prisons, I have studied civil rights lawsuits demanding prison accountability and have written about prison violence as a matter of state violence. My most recent book, "We Are Not Slaves: State Violence, Coerced Labor, and Prisoners' Rights in Postwar America," offers a historical narrative of state violence in Southern prisons from 1945 to 1990, particularly in Texas. "We Are Not Slaves" draws upon court documents, affidavits, depositions, prisoner letters, and over 60 oral histories to excavate details on how prison violence was state-orchestrated. In Texas, for example, prisoner field drivers drew from the culture of slavery on East Texas cotton plantations to force the work of fellow prisoners. Within the prison, the administration deputized select prisoners to act as guards who employed coercive and violent means to maintain control over other prisoners. As some prisoners worked the fields effectively as slave labor, privileged prisoners known as "building tenders" went about openly armed and constructed an internal slave-trade economy where they bought and sold the bodies of other prisoners as sexual slaves, subjects of often violent rape, and as domestic cell servants. Because the bodies of other prisoners served as an unofficial state reward for their service, I argued that this was an example of state-orchestrated sexual violence. The building tender system was eventually overturned after two decades of prisoner organizing, work strikes, and legal documentation — an effort that culminated with Ruiz v. Estelle, a lawsuit filed in federal court in Texas that led to a 1980 ruling that conditions in the state's prison's constituted cruel and unusual punishment.

But despite civil rights victories like Ruiz, prisons continue to be spaces of physical brutality and sexual violence, especially against incarcerated people of color. To consider one state prison system, let's take a closer look at the Justice Department's 2019 report on Alabama's state prisons for men. The 56-page document is so replete with descriptions of violence, sexual assault, and state neglect that it reads more like a perverse horror story than a government report. As a result of the findings, the Justice Department filed a lawsuit in December 2020 against the Alabama Department of Corrections for violating the Eighth Amendment's prohibition on cruel and unusual punishment.

According to the DOJ report, Alabama's prisons are increasingly overcrowded, understaffed, and violent. By 2017, for instance, Alabama's prisons had a homicide rate eight times the national average of prison homicides in 2014. Between January 2015 and June 2018, 27 Alabama prisoners died in verified homicides. Moreover, Alabama prisons are dangerously overcrowded as they incarcerate over 15,000 people in a system meant to hold 9,882. Meanwhile, Alabama employs less than a third of the needed administrative staff — just 1,072 out of 3,326 authorized correctional officers.

Weapons, from makeshift knives to hatchets and full-length machetes, are easily acquired by prisoners, as evidenced by the security staff at one Alabama prison collecting 166 makeshift knives in just one sweep in May 2017. Violence is so common in the state's prisons that many incarcerated Alabamians report taking up arms in self-defense.

Once armed, some prisoners engage in internal economies of buying and selling tobacco and illicit goods, such as the dangerous drug known as "flakka" that's popular in prisons. The readily available synthetic cannabinoid, known technically as 5F ADB, can lead to "rapid loss of consciousness" as well as "delirium, agitation, psychosis, and aggressive and violent behavior," as the DOJ noted. In March 2018, a prisoner at Holman prison passed out from smoking flakka and "awoke to one prisoner punching him in the eye" and then four or five prisoners "took turns raping him," the DOJ found. Compounding matters, widespread drug use leads to debts, which create a complicated web of internal economies that accelerate sexual violence when prisoners cannot pay what they owe.

In other cases, the DOJ report found outright extortion in Alabama's prisons. In one 2018 case, a prisoner was threatened with rape for his alleged debt. When he couldn't pay, the DOJ said, his mother received lewd text messages from another prisoner who "threatened to chop her son into pieces and rape him if she did not send him $800."

When incarcerated victims do report the abuse, prison administrators have a "tendency to dismiss claims of sexual abuse by gay prisoners as ‘homosexual activity,'" the DOJ found, and thus suggest that "gay men cannot be raped." Making matters worse, if the victim files a report that admits he accrued debts, the prison administration cites the victim with a disciplinary charge. Some prisoners are so afraid of retribution from reporting an assault that they turn to an old Southern prison practice of cutting their wrists out of desperation to stay in protective custody or the hospital wing.

More often than not, however, prisoners fail to report a sexual assault at all "out of fear of retaliation, shame," the DOJ said. Out of 600 incident reports of sexual assaults from 2016 to 2018, the department could not find a single instance when correction officers intervened to stop the attack.

As a state institution, a prison is accountable to the public: At what point do we see such rampant violence not as a function of prisoners' individual pathologies but as state violence itself? Unfortunately, incarcerated people today have fewer outlets to redress grievances over prison abuse because of national legislation and politically motivated changes in DOJ practices that were intentionally designed to silence prisoner complaint. For instance, the Prison Litigation Reform Act signed by President Bill Clinton in the wake of the conservative revolution of 1994 restricts prisoners' ability to turn to the federal judiciary to make civil rights claims of violent abuse.  During the Trump administration, the DOJ had all but ended the long-standing practice of consent decrees where federal judges had enforcement power over prisons, jails, and police department in cases of civil rights violations. Without consent decrees, the federal judiciary has little power to compel states to address civil rights complaints of prison violence.  Although the Biden administration reversed the Trump decision against the use of consent decrees, the back and forth shows the politicization of the Justice Department and civil rights for incarcerated people.

With few other avenues available, incarcerated Americans have turned to political organizing in parallel with the Black Lives Matter movement. In 2016, they organized the first national prison labor strike to bring public attention to the fact that prison violence and coerced labor are akin to modern-day slavery. Drawing upon potent historical legacies, prisoners called the 2016 strike a "Call to Action Against Slavery," with the prisoner organization the Free Alabama Movement (FAM) played a leading role in the action. As one of the co-founders of FAM alongside Bennu Hannibal Ra-Sun (Marvin Ray), the prison organizer Kinetik Justice (Robert Earl Council) brought national attention to the strike when he was interviewed by "Democracy Now" and WBUR. Since the 2016 strike, however, Justice has spent much of his time held in solitary as punishment for his outspoken organizing and whistleblowing. And this past January, just as the movement was planning a new wave of prison labor strikes, correctional officers beat Justice so badly that he was flown to the University of Alabama's trauma hospital to recover from injuries that included the loss of sight in one eye, multiple head lacerations, and a knocked-out tooth. Justice awoke from the assault to find, as he told San Francisco Bay View, "stitches in the front and back of my head, my left eye was swollen shut, I had three fractured ribs and multiple bruises across my back."

As a historian of prisons, I see the ongoing horrors experienced by Alabama's prisoners as a familiar historical pattern of state violence. Nelson Mandela, who himself spent 27 years behind bars in South Africa, offered this reflection: "No one truly knows a nation until one has been inside its jails. A nation should not be judged by how it treats its highest citizens, but its lowest ones." Forty years after the victory in Ruiz, our prisons are still spaces of state violence, yet our nation pays little attention to the endemic brutality that routinely dehumanizes, tortures, and endangers the lives of other human beings. Incarcerated lives matter. With the U.S. now officially celebrating Juneteenth as a federal holiday, we need to confront modern-day prison violence and coerced prison labor that treats incarcerated people as slaves and disposable without the sanctity of bodily protection. Prisons should face the same kind of social and political reckoning that our police now face. 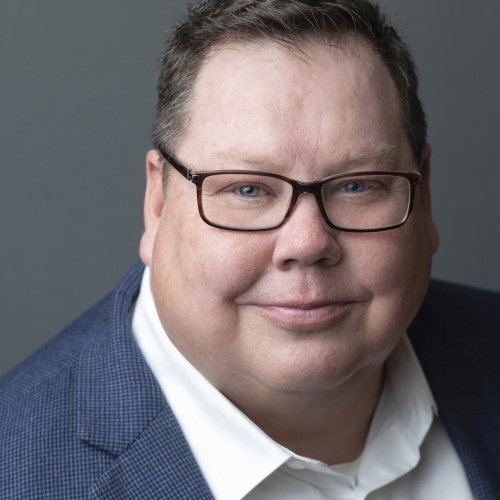 Robert T. Chase is an associate professor in the Department of History at Stony Brook University. He is the author of "We Are Not Slaves: State Violence, Coerced Labor, and Prisoners' Rights in Postwar America" (UNC 2020) and editor of "Caging Borders and Carceral States: Incarcerations, Migrant Detentions, and Resistance" (UNC 2019).

VOICES: The long struggle to read in Alabama's prisons