Collaborative funding practices were key to the nationally recognized work that nonprofits did in expanding civic engagement in Georgia. (Photo courtesy of ProGeorgia.)

Georgia's extraordinary voter turnout in the 2020 presidential election was built on the year-round work of nonprofit organizations. Grassroots organizations like ProGeorgia played a significant role in increasing civic engagement across the state. Thanks to them, 95% of Georgia's voting-eligible population is currently registered to vote, and the state broke turnout records throughout the election. A key part of our success has been due to our strong relationships with funders like the Tikva Grassroots Empowerment Fund.

ProGeorgia and Tikva Grassroots' collaborative partnership began nearly a decade ago when our organization's budget was below $300,000. I knew early on in my role as executive director of ProGeorgia that developing a collaborative partnership with funders based on trust would be the key to achieving our goals. Tikva's executive director, Chivy Sok, had seen firsthand the kind of success nonprofit organizations can achieve with proper resources and funding. Her experience collaborating with grassroots human rights leaders from all over the world clearly influenced her way of working — she doesn't see herself as a funder, but more of an activist who channels resources to support activism.

This unique relationship with Tikva gave ProGeorgia the most important resource in grassroots activism — time and flexibility. They were early investors who had faith and analysis that said sustained engagement by trusted community members would be the way to build habitual voting behaviors in historically marginalized populations. Sok had taken the time to study the landscape in Georgia and educate herself so that when she knocked on our door, she asked pointed questions about who was not counted, why they were not counted, and how that can change.

Instead of telling us what they wanted to fund, Sok inquired about our teams' needs. That kind of openness allowed us to experiment and develop new approaches to reaching out to young voters and new Americans, who've had some of the lowest rates of voting participation. It was also less burdensome on the administrative level. They asked for documents that already existed, and Sok took the time to read everything to understand us. That willingness to do the work on their end rather than asking us to do it for them led to open conversations and trust.

That also gave us time to grow strong. Today, we have 16 times the budget as in our humble beginnings, and a more expansive network of members across the state, all collaborating to tap into hard-to-reach voting populations.

This allowed us to spend more time on our grassroots, transforming our communities and increasing civic engagement in Georgia. We worked as equal partners in conversation on a shared journey. We were collaborators who took the time to understand and respect each other. Approaching funding in this way allows organizations like ours to maximize our time to focus on the hard work rather than burdensome application processes.

Our success in 2020 was no small feat. Collectively, ProGeorgia partner organizations reached nearly 18 million voters and contacted every registered voter of color in our state a minimum of three times. They also went out and directly engaged with more than half a million people living in hard-to-reach communities. Our hard work didn't stop during the pandemic: ProGeorgia partner organizations registered almost 30,000 people in 2020, and 91% of the newly registered voters are people of color.

It was a decade of unflinching commitment to reaching each voter on their terms. Our sustained engagement helped Georgia meet the national moment in 2020. Contrary to mainstream media portrayal, our state did not rise to national prominence overnight. It was brought about by hard work by vast numbers of grassroots organizations like ProGeorgia members, who had a commitment to building a robust civic engagement plan for their communities. Thanks to this experiment, ProGeorgia has sought out other funders that have a similar openness to what is often an atypical relationship in nonprofit funding. We continue to forge our funder-grantee relationships on the foundation of openness, mutual respect, and trust in ProGeorgia's battle-tested and winning methods.

The 2020 presidential election and the Senate runoff races placed a spotlight on Georgia. We expect the 2022 midterm election to be no different. With that spotlight comes millions of dollars pouring into organizations that have been working on the ground for years. Oftentimes, funders who aren't fully engaged with the community may want to dictate how each penny is spent, but through our collaborative efforts with Tikva we've learned that's not how nonprofit organizations best succeed. We shared a journey together and viewed each other as thought leaders. It was a co-investment in the communities and grassroots organizations that actually do the hard work on the ground.

Our partnership, grounded in trust and respect, demonstrates that collaborative funding relationships can transform a state. That type of transformation is going to be critical for next year's midterm elections. 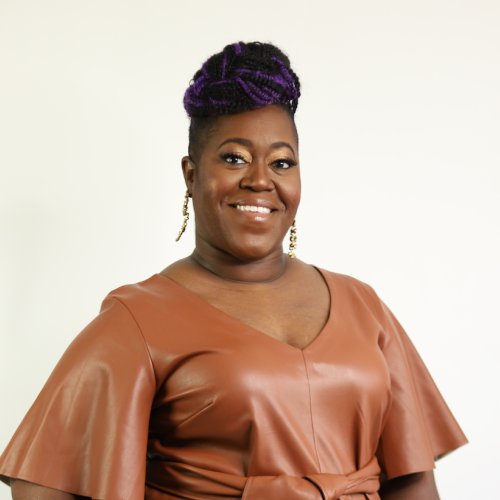 Tamieka Atkins is the executive director of ProGeorgia, a nonpartisan civic engagement table made up of over 30 organizations working collaboratively across issue areas to advance civic engagement in the state of Georgia.

Malika Redmond on the courage of Black women defending democracy

New voters, people of color will be critical in close Georgia races