Indoor temperatures have reached as high as 145 degrees inside the Mississippi State Penitentiary, according to a federal investigation. The partially air conditioned facility, commonly known as Parchman Farm, is Mississippi's oldest prison. (Photo by WhisperToMe via Wikimedia Commons.)

But the problem isn't limited to Texas. Though there are no national statistics on air conditioning in prisons, a 2019 analysis by the Prison Policy Initiative identified 13 famously hot states without universal air conditioning in their prisons, with 10 of those states in the South: Alabama, Florida, Georgia, Kentucky, Louisiana, Mississippi, North Carolina, South Carolina, Texas, and Virginia. A U.S. Department of Justice investigation of Mississippi prisons released earlier this year found that the state corrections department has recorded indoor prison temperatures as high as 145 degrees Fahrenheit, and it tied at least one inmate suicide to excessive heat.

Since 1998, the Texas Department of Criminal Justice (TDCJ) has documented 23 heat-related deaths of incarcerated people in that state. Criminal justice advocates say the agency's attempts to remediate the issue over the years have fallen short.

"In Texas, we give our pigs air conditioning, but they won't do it for human beings,"  said TPCA President Amite Dominick, referring to TDCJ signing a $750,000 contract in 2013 for six climate-controlled barns for its pig farming program, which relies on prison labor to breed swine.

Dominick has been working with state legislators and advocates on reforms that would require air conditioning in all prisons across the state, and hold the facilities to the same indoor temperature limits as county jails. The Texas Commission on Jail Standards requires that temperatures remain between 65 and 85 degrees Fahrenheit inside all jails.

A slew of lawsuits from 2013 to 2018 prompted TDCJ to implement new heat-mitigating protocols for inmates, including offering ice water, cold showers, and personal fans. And in 2018, TCDJ committed to a three-year plan to provide air-conditioned housing for incarcerated people at highest risk of heat-related illness. A TCDJ spokesperson told Facing South by email that of the 100 units it operates across the state, 31 are now fully air-conditioned while another 55 are partially air conditioned. The department has also added a significant number of what it calls "cool beds" in recent fiscal years: 149 in 2018-19, 2,493 in 2019-20, and 956 in 2022. But some incarcerated Texans still remain at risk for heat-related illness and even death.

To help them, TPCA has a program that collects and distributes free to inmates cooling towels, fans, and moisture-wicking shirts. The program not only provides heat relief to the incarcerated but lifts a financial burden for their loved ones, who often bear many of incarceration's hidden costs — including money-sending fees paid to private companies that can run as high as $7 a transaction.

"This is inhumane," Dominick said of the hot prison conditions. "And no amount of existing mitigating factors are going to be sufficient."

In Louisiana, people incarcerated in the nation's largest maximum security prison also battle the heat both in and out of their cells.

"It's like hell on earth," Curtis Davis told Facing South.

Davis spent 26 years in the Louisiana State Penitentiary, better known as Angola Prison. The former slave plantation relies just as much now on the labor of Black men as it did throughout the 18th and 19th centuries. Those incarcerated at Angola harvest and process millions of pounds of vegetables annually.

Davis recalls toiling for hours on the prison's 18,000 acres of farmland. The heat in the cornfields was particularly grueling, and even the strongest breezes struggled to make it through dense rows of corn. Indoors, fans circulated hot air as Davis lay on the floor in pools of his own sweat, trying to cool down. His wages for one week of labor did not even afford him a bar of soap.

Davis likens these conditions to slavery — a sentiment echoed by human rights organizations across the South.

"If you and I were working a job, we could make some determinations as to whether we want to take that risk, whether we want to look for another form of employment, whether we want to take perhaps a vacation day or a sick day, when we don't feel like we are well enough to sustain the heat that is associated with that job," said Jamila Johnson, deputy director of the Promise of Justice Initiative in New Orleans, which advocates for people in the criminal legal system. "When you are incarcerated, you do not have that opportunity."

In 2013, the Promise of Justice Initiative filed a lawsuit against the Louisiana Department of Corrections relating to the excessive heat on death row at Angola. Data from the case showed temperatures between 99.5 and 102.02 degrees Fahrenheit for extended periods of time in one of Angola's tiers.

The organization argued that the high temperatures constitute cruel and unusual punishment, and after years of litigation a judge ordered air conditioning be installed in all units. The decision was later overturned, however, and advocates settled for smaller reforms.

But as a heatwave hit the state last week, Louisiana Department of Public Safety and Corrections Secretary Jimmy LeBlanc discussed plans to install air conditioning in parts of Louisiana’s nine state prisons at a meeting of Southern penitentiary leaders, The Advocate reported.

Johnson and Davis both noted the toll that extremely high temperatures take on incarcerated people's mental health, especially those on death row and in solitary confinement. A 2019 report shows rates of self-harm for those in isolation skyrocket between June and September in Louisiana, while a 2021 study found violence sharply increased in summer months in one Mississippi prison.

Ronald McKeithen, who served 37 years in Alabama's Donaldson Correctional Facility, said the mental health ward is typically one of the few spaces in prison where air conditioning is provided, as the heat can interact fatally with certain medications. But only four of the state's 26 prisons have air conditioning, according to the Alabama Department of Corrections.

Inmates in the prison's crowded main dorms usually rely on fans and the mercy of wardens, who occasionally leave their air conditioned offices to deliver ice, or rotate fans to face cell blocks.

"For some reason, whenever it was summer the ice machines stopped working," McKeithen said. "They'd say it's because the room where the ice keg is got too hot, and the machine didn't kick it out fast enough, but they seemed to always have ice to go up the hall to the officers."

Johnson and Davis — now the executive director of Decarcerate Louisiana and an advocate with the Abolish Slavery National Network — see a need for a solution that goes beyond cooling down hot prisons: They want to repeal the 13th Amendment's slavery exception clause, which abolishes involuntary servitude except for those convicted of a crime.

A similar movement is making progress at the state level. This November, voters in Louisiana — as well as those in Alabama, Oregon, Tennessee, and Vermont — will weigh in on ballot measures to strip language from their state constitutions allowing for enslavement or servitude as punishment for crimes or, in Vermont, for the payment of debts, damages, or fines, according to Ballotpedia.

The Alabama proposal is part of an updated state constitution that voters will consider this November in response to demands to address racist language in the state's existing constitution. The Alabama Committee on the Recompilation of the Constitution said removing the servitude language "would have no practical impact on our current incarceration practices." Davis, however, sees the consequence of its removal very differently.

"Once you can relegate a person to slavery, there are no limits to how you can treat them," Davis said. "You can't complain about a 120-degree heat index when you've been deemed subhuman." 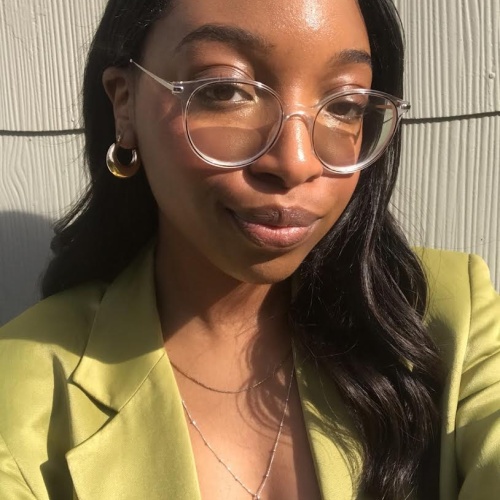 Plantations were prisons: Mobilizing for the Millions for Prisoners Human Rights March